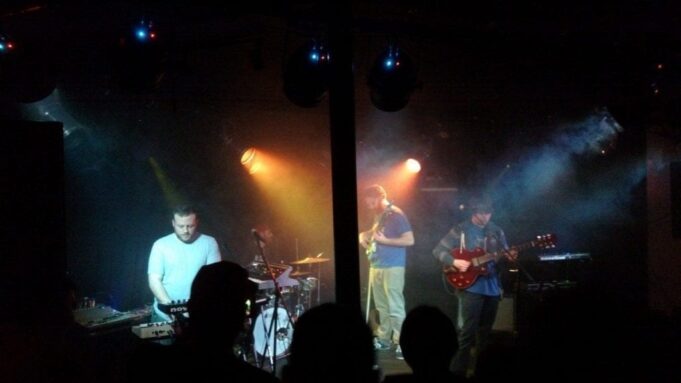 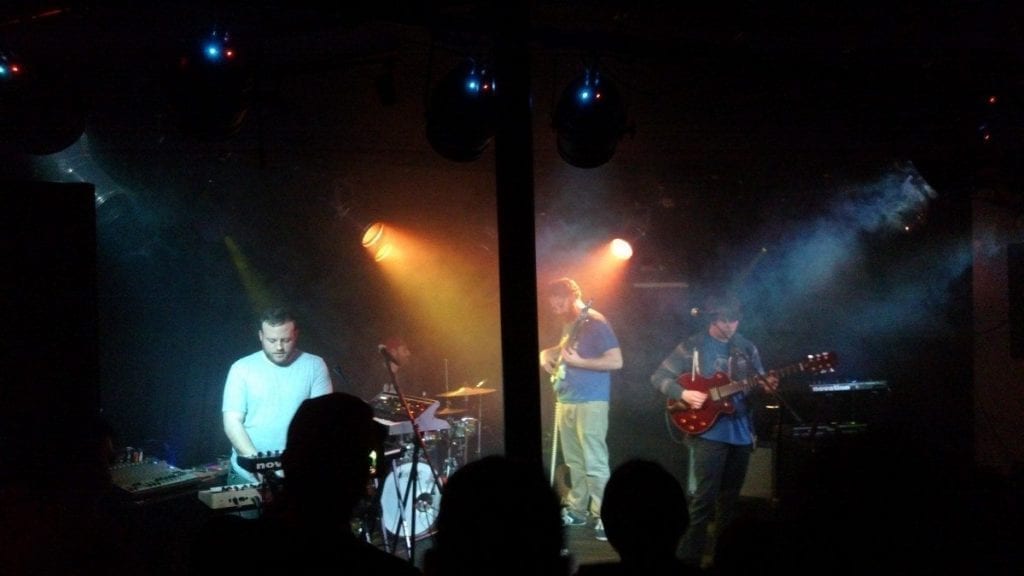 Broccoli Samurai – Jamtronica = Supergroove. I had never seen Broccoli Samurai before last night. My friend and I got there early and I got to meet the keyboardist and drummer as they were getting ready to sound check. They are a Cleveland based band that has been around since 2010. The music is jamtronica and the recent addition of two new players has boosted the band’s energy and overall pallet. They are a four piece consisting of keys/synths, guitar/synth, bass and drums. The first set opened with Stairing up a Brick Wall, a mellow but strong intro for the band. The next two songs were Slam Funk and Write it Down. By now the fans were dancing and bobbing heads and we all knew this was going to be a great show. Buddy’s Song and Receiver were the next two songs. Keep in mind each song is jammed out and each song reaches peaks and valleys of improvisation like nothing I’d ever heard. I was dancing as well, even as I shot a video of these guys in action. The tone of the keyboards was unique among jamtronica acts, as Ryan used at least four or five boards and a laptop to take you to other regions of the netherworld. Climbing, adventurous, daring, and unpredictable are four words I would use to describe the sonic experience. I say unpredictable because in the middle of the song when everyone is dancing, they would hit a syncopated riff and either segue into the next part of the song or end it. The surprisingly creative endings(to songs) Broccoli used not only showed the tightness of the band but also caught the crowd off guard and made them cheer the band on even harder. Inside this web of sonic purity were slick riffs, dance worthy beats, crazy good keys and mind twisting guitar solos.

The drummer was top notch as well, incorporating various rhythms and styles that were right on the money. Sometimes Ryan the Keyboardist would hit this one chord and a wave of white noise would come booming out of the speakers. There is a lot going on at a Broccoli Samurai show, not just one keyboard but another one going at the same time from Ryan. And the guitar player looked like he had been schooled in jazz the way he hit in and out of standard licks and jazzy, dissonant notes on his Les Paul. The bassist held down the groove and was right in sync with the drummer. If you hadn’t heard this band before you wouldn’t have known that the guitarist and bassist were new. You could tell how thoroughly practiced and tight they were and as a musician I saw no mistakes all night. After the set break the second set started hot, and the jams and improvs took a whole new level. The second set the band looked a little more relaxed, and the crowd got more into it as well. It was a show I did not want to end. Suitcases and Moments Past were definite highlights of the second set. as well as White Ranger and Machine go Boom. The band was jamming so hard there were moments when I wondered if their equipment would break from such intensity. Machines can only handle so much pressure, and the deep fryer was cooking hard last night, cooking our brains and melting our faces. Let me remind you this band does not do vocals. Strictly jamtronica all night long, and it is ear candy for people who can appreciate great sonic journeys and love to dance. The energy that Broccoli Samurai brings is immense. Sure I’ve seen Lotus, Disco Biscuits, Papadosio, and Particle, but Samurai brings the heat consistently. This is why they are a band on the rise, and not to be overlooked. If you like good jams with super intelligent hooks and melodies, give these guys a listen and get to a show on this tour. For more info on the band and tour dates, visit their website.

Stairing up a Brick Wall 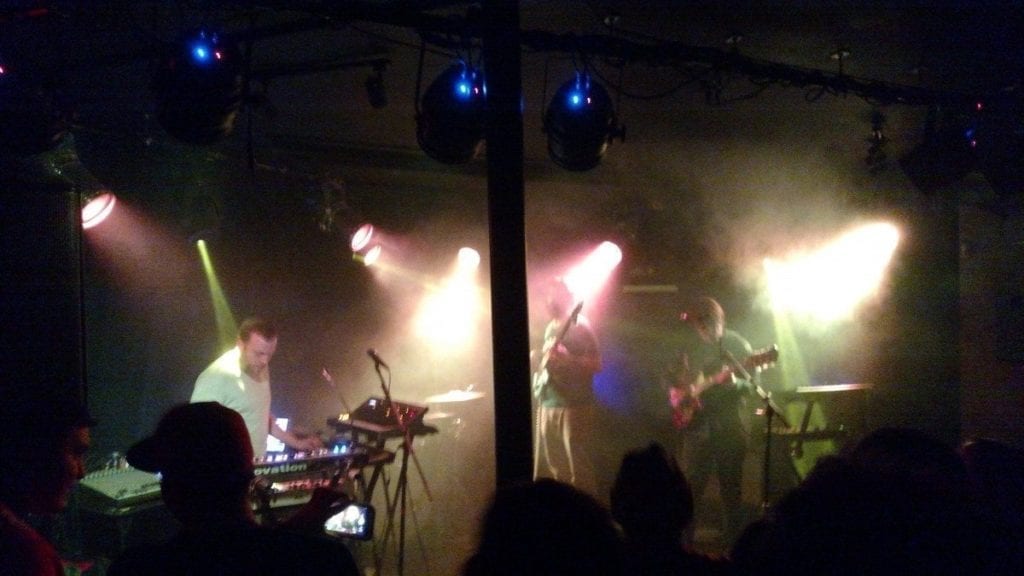