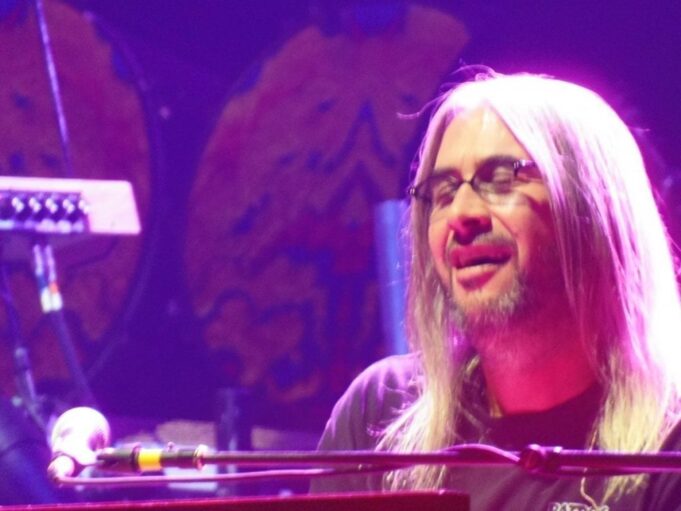 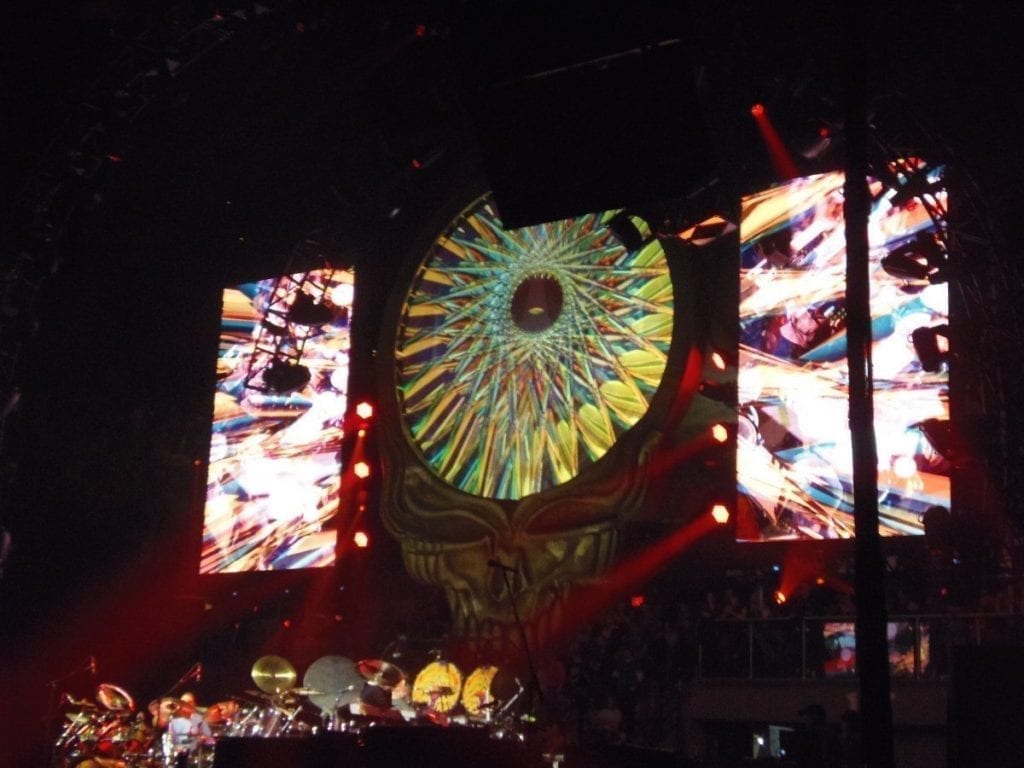 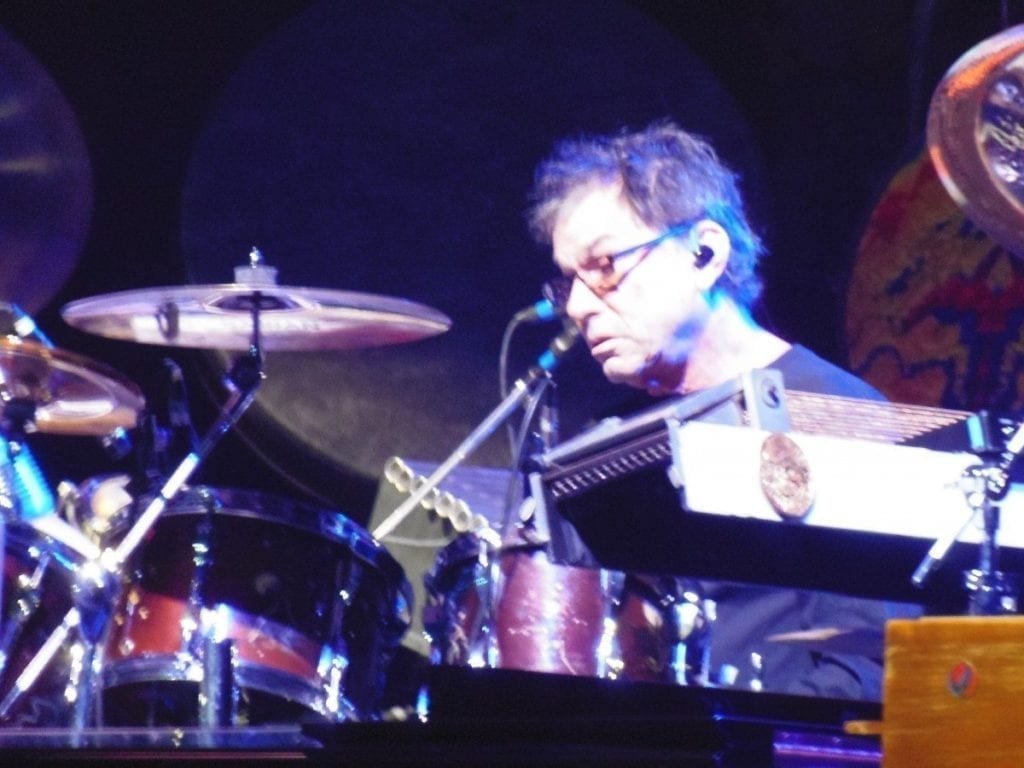 I had been watching the videos and listening to the recordings of the new Dead and Company and was as impressed as I had expected to be.  John Mayer is an amazing player and despite the hand wringing of some (will they never be happy?) I knew he would bring a lot of talent and energy to the show.

I hooked up with an old friend who I had not seen in years and she sold me her ticket.  I was glad I had not folded to temptation in the parking lot when I saw a spare float by, and was rewarded with an amazing seat.  If you had asked me beforehand to pick a seat within the venue, I would have chosen this one: first side section next to the stage, Chimenti side, second row.

Perfect view, great sound, and plenty of space.  I am a lucky man indeed.

The show starts and instantly it sounds like the Dead.  Instantly.  The presence of the rhythm devils of Bill Kreutzman and Mickey Hart give the band rhythm and sound the exact foundation we expect.  Oteil Burbridge, while slightly different than Lesh, provides tremendous bottom end without drawing attention to himself.  Weir is as confident as ever, and has no problem commanding the spotlight center stage.  Chimenti is his usual calm, joyous and complimentary presence on keyboards. 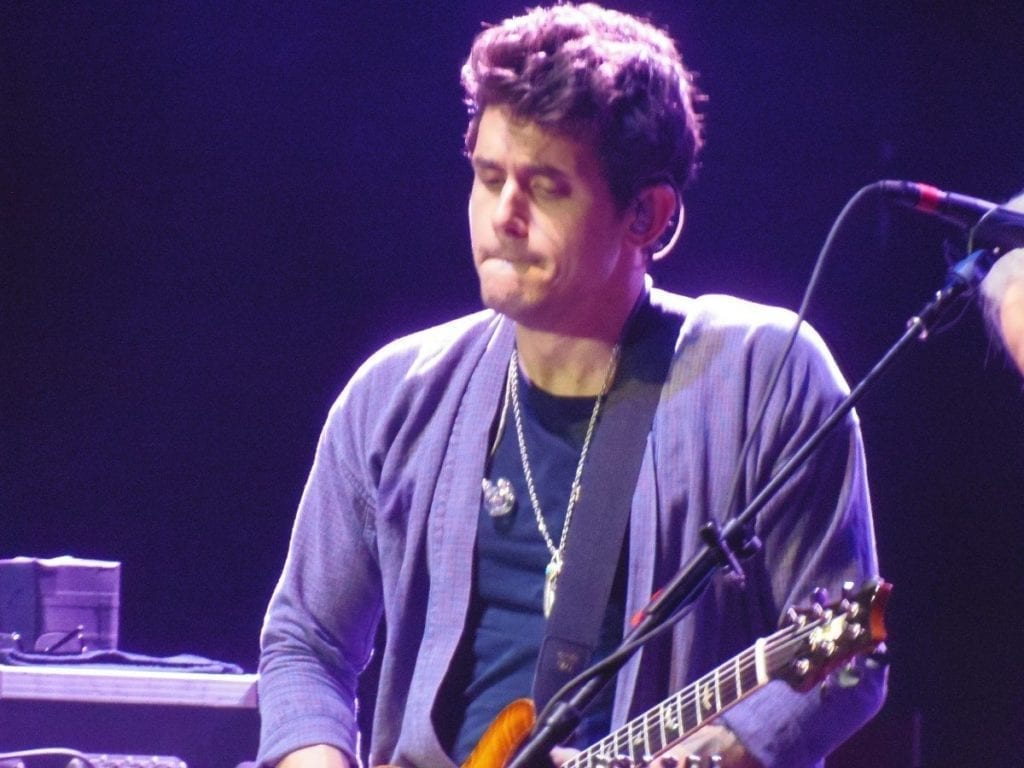 The difference is standing next to Weir, and the hook on this tour, John Mayer.  While Trey was a star within the jam band world when he was tapped to play GD50, John Mayer is a star in the entertainment and the rock music business whose success equals that of anyone on stage.  This is an experiment that has never been tried before- bringing in a major leaguer to help fill the stage and sound, a job as confounding as can be.  How can one be respectful of legacy sufficiently while making their own stamp on the band’s sound?  This was a concept that fans struggled to accept, before during and after GD50 with Trey Anastasio.

Mayer does not have that same struggle.  He’s attacked the song book with gusto, has lovingly crafted a Garcia friendly sound, and injects his own blues and roots music based vocabulary into the song book.  His energy is palpable and his attitude on stage is uplifting.  The wild card?  Never in the fifty year history of this band or its style has there been a singer as talented and skilled as John Mayer.  Fact.  John Mayer is the best singer that they’ve ever had.

Now there is a cogent argument that he may not emote the best, that he has yet to completely learn how to deliver a s 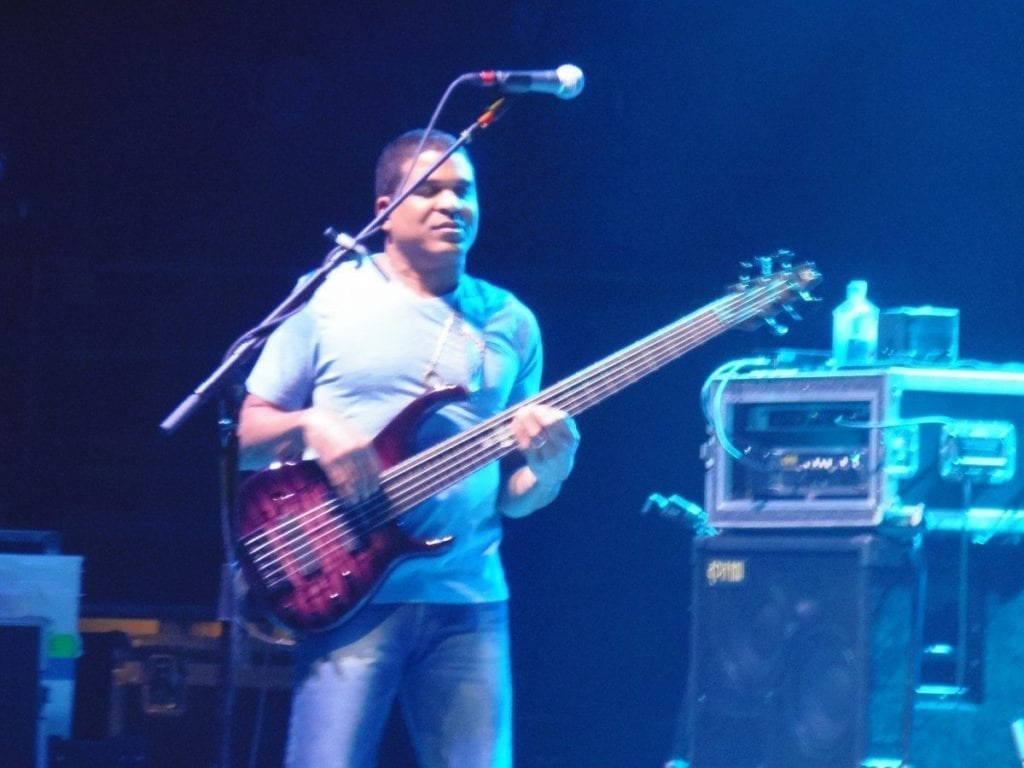 ong with the emotion and power of Garcia or Weir, but he is skilled.  He sings in tune, on pitch, with tone, every note, every word, every song.  His guitar skills are excellent.  End result?  A great band, a great show, a great performance.  Dead and Company is the real deal.

There are many things that you could say about the show-  the band plays with the slow and deliberate pace to which Bob Weir has become accustomed-  the songs are nuanced and explored within the rhythm sections, the verses and choruses as much as in the jams.  The result is that they play the same length of set, but that there is seemingly one song short in each set in terms of count.   The drums and space were excellent and exploratory with Oteil Burbridge not just picking up a mallet and tagging along- rather he sat down at the drums and played full kit.

The set list is below and is good, but this show is not defined by song selection really.  The transition from Estimated Prophet to Terrapin isn’t perfect, but the band really hammers home the Terrapin at the end.  The Dear Prudence was a bit of a surprise, but not as much as the Get Outta My Life Woman, a clear homage to Allen Touissant who passed away shortly before this show.  The Ripple encore was not unexpected and was well done with Mayer and Weir both playing acoustic guitar.

Overall, Dead and Company was a great experience.  The band is just fantastic, the vibe is excellent, and all of your friends are there. 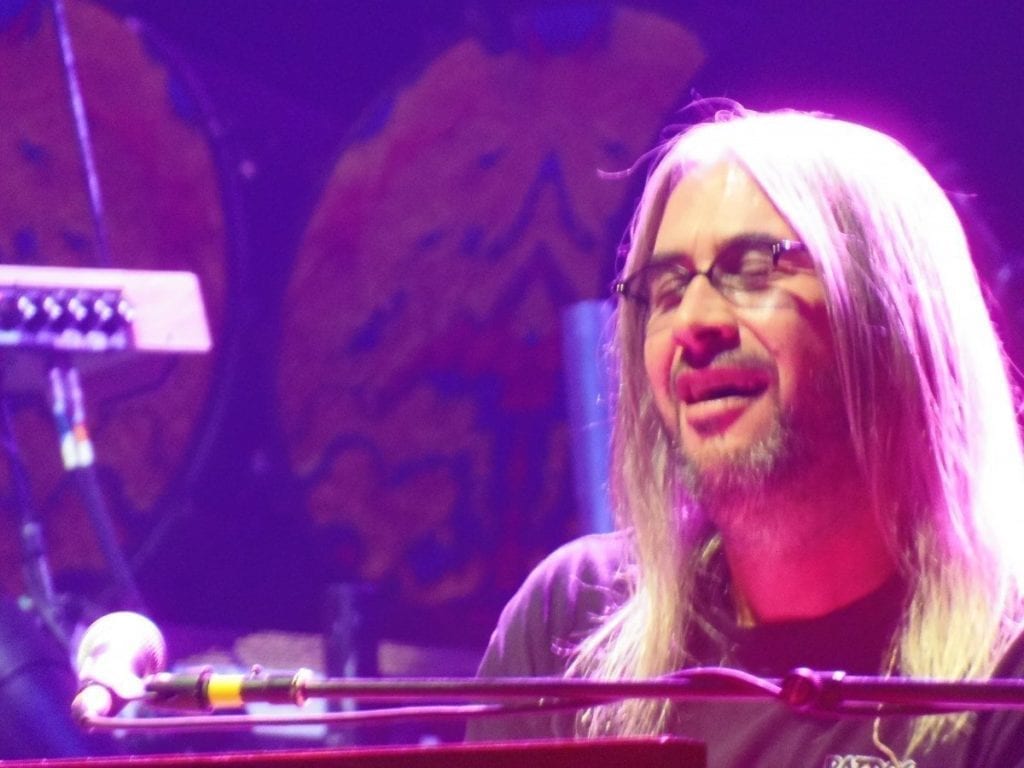 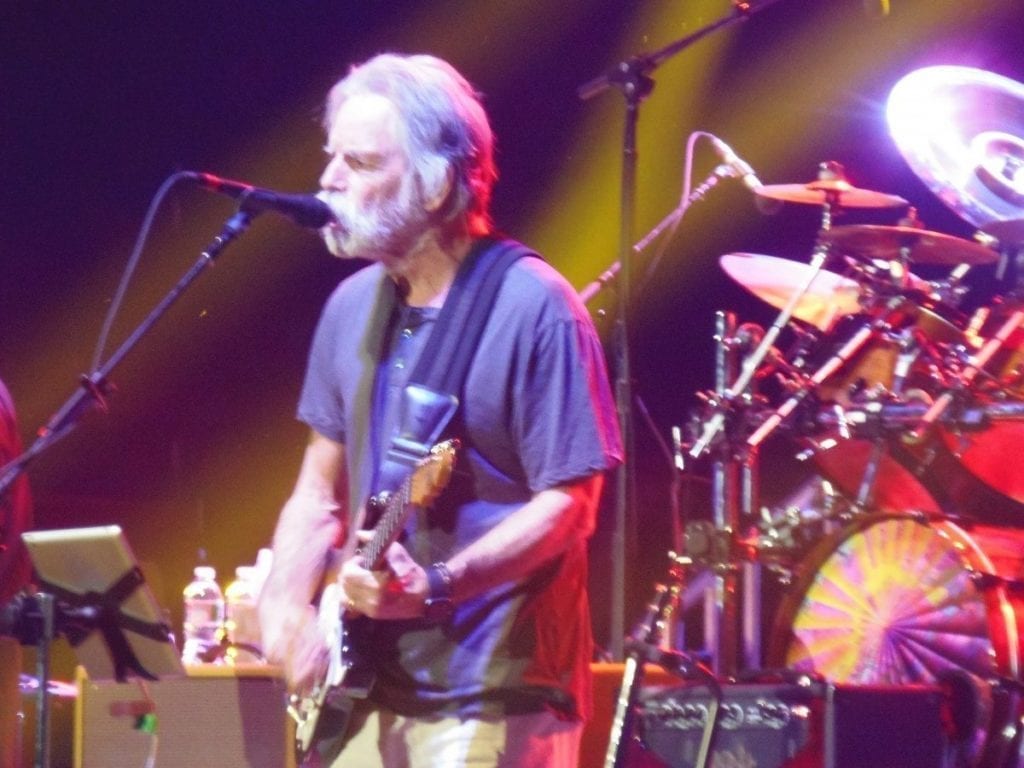 Get Outta My Life Woman

Going Down the Road, Feeling Bad 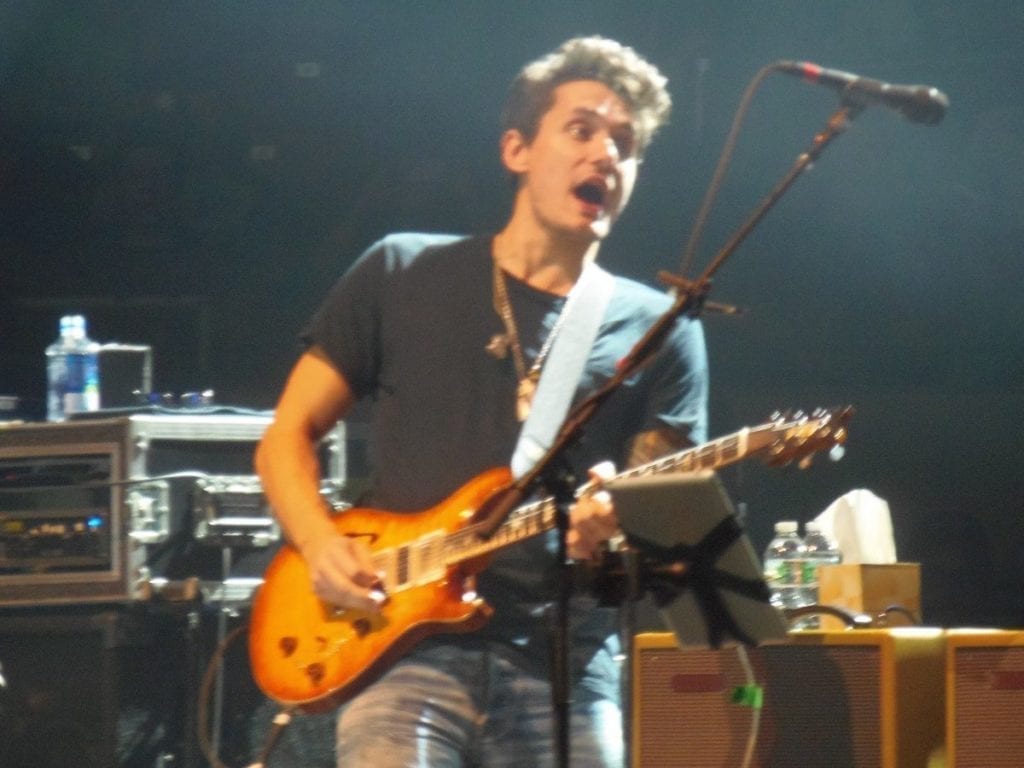