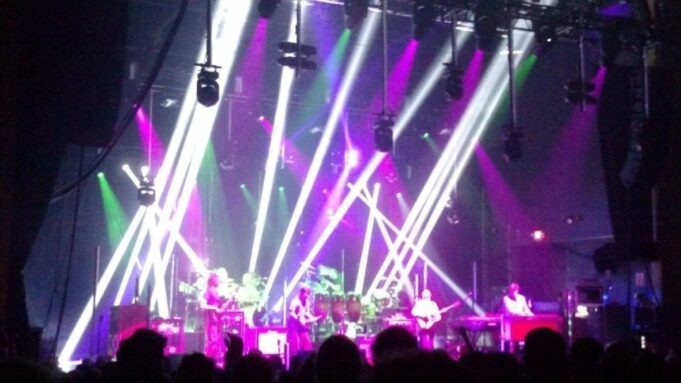 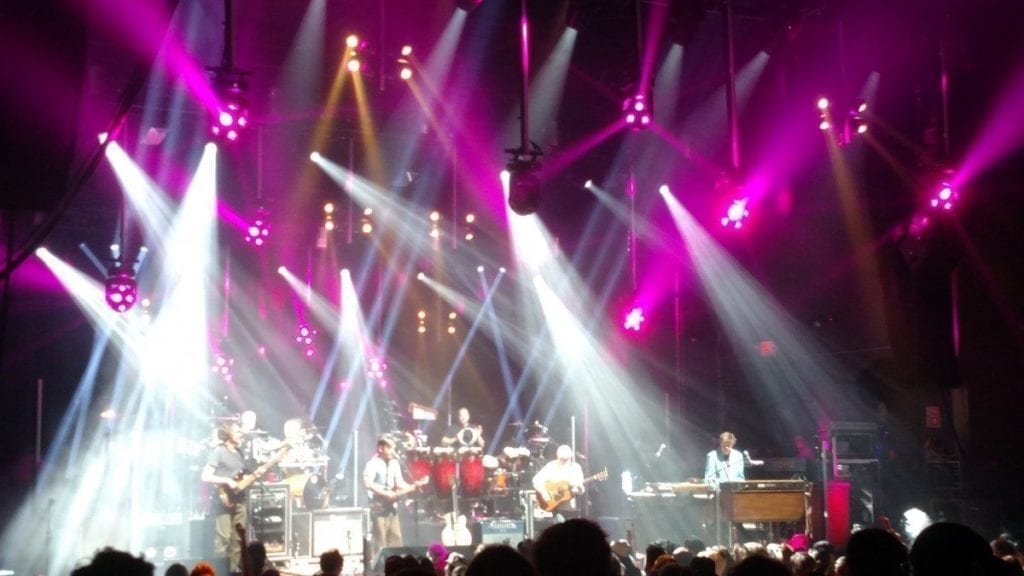 by Jack Jolieri of Rubix Wheel

I got there early and made my way into the pavilion.  It is a big venue with lots of lights, people milling around and everyone was being friendly.  I met a few out of towners and some townies, and then the show began.

Bill Nershi came out and did a jump before the band started.  Michael Kang did a few jumps of his own and the show began with “Best Feeling.”  It was a great tune to start the night with, and people were swarming in until the place was packed to the gills.

“Don’t it Make You Wanna Dance” was the next song, and Bill let the audience participate during the end of it.

The band sounded great, as they segued into “Dudley’s Kitchen,” then “Look at Where We Are.”  They seemed very happy to be back in Columbus.

String Cheese hadn’t played here since 2005.  The crowd was really into it, everyone hopping and bopping to the positive vibes this Colorado band gave off.  To top it, the light show was super amazing.  I don’t know how long it takes to set up that many lights, but the SCI light show was wonderful.

“Piece of Mine” closed out the first set and the place was on fire with terrific energy.

SCI went all the way back to ’96 for the second set opener of “Jonny Cash.”  ‘Jonny Cash don’t smoke hash.’  Then they got funky with the disco themed “Get Down on it.”  The epic moment for me was when I heard the first notes of “Land’s End,” and it reminded me of shows I saw way back in the ’90s.  That song has such a Colorado feel to it, and the band performed it flawlessly.

My first String Cheese show was in St. Louis in 1997, at a high school gym in St. Louis, MO.  I was in college at the time and there were only maybe 50 people there.  Michael had really long hair back then, and the band looked a little younger.  But throughout the years this is a band that has evolved to suit many audiences, and yet still keep the same upbeat vitality of it’s early years. 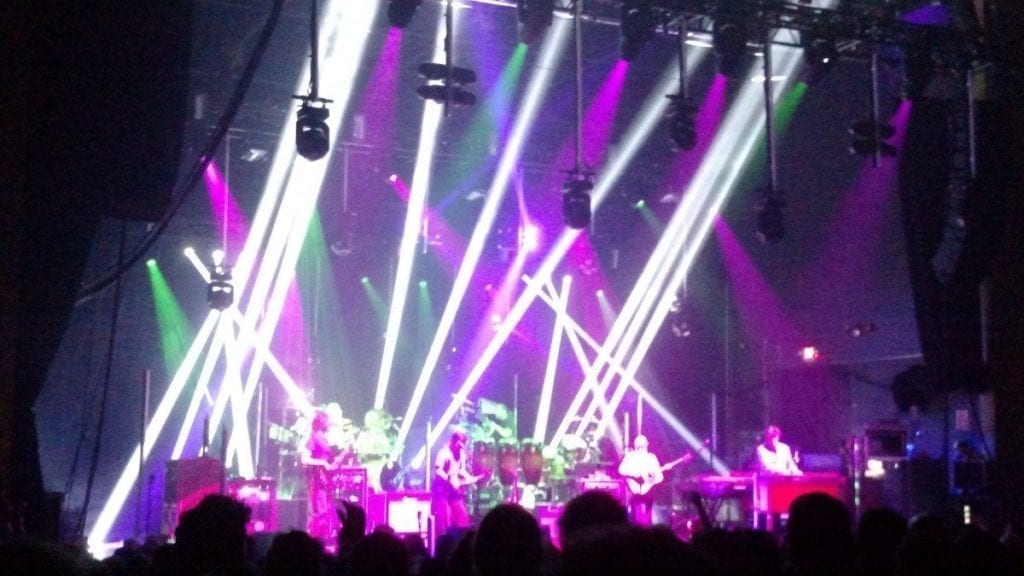 Of all the SCI shows I’ve seen over the years, this was the biggest.  I hope everyone gets a chance to check out these touring pros at a venue near them.  It’s quite a treat to see a band this good and not have to go to an arena to do it.  SCI is hotter than ever, and I suggest you check out their music today!

SET 1 Best Feeling > Don’t It Make You Wanna Dance > Dudley’s Kitchen, Look At Where We Are, MLT, Give Me the Love > Big Shoes > Piece of Mine