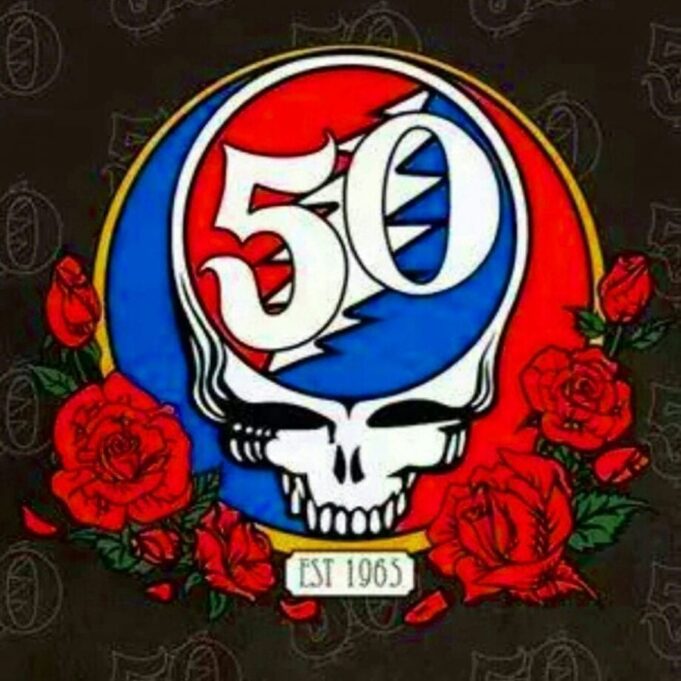 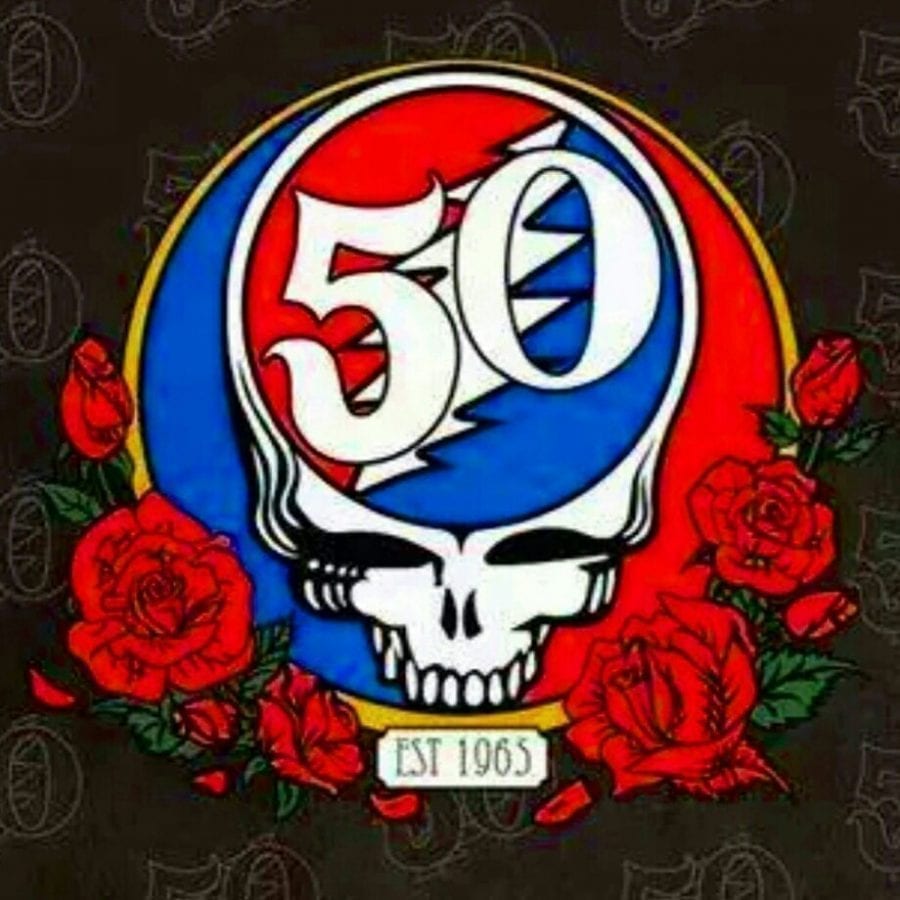 After months, well years really, decades even, of build up, the first show of the final three of the Dead’s GD50 run was upon us.  I flew out of Boston in the early dawn hours, landed in Chicago, found my way to my hotel, and wandered down into the area of the stadium relatively early.  I found myself at the Wabash tap, having some lunch and a PBR, meeting new friends and preparing for show time.

Since I had the whole afternoon, I walked a dozen blocks up to the Hyatt Regency where Free Grass was throwing a show in the courtyard area of the hotel- and there were hundreds of heads there.  The hotel had set up bars and food stations, and it was a little lot scene. I met up with some old friends, and hung out-  the band was good, playing Dead tunes both expected and unexpected- but I was there to socialize.

At around 5ish I walked the half dozen blocks from there to Soldier’s Field.  I found a back entrance of sorts, and there was no Shakedown Street there to speak of, and entrance was relatively easy.  I climbed the stairs to my 400 section seat, which was really high up there, but you could easily see the stage and screens so that was fine.  I found my spot for reference, and then quickly vacated it to search for friends.  I made my way and employing the Jedi mind trick on several occasions on the poor unsuspecting security made my way down all the way down to around row 10 of a section very close to the stage, keyboards side.  Perfect viewing and hearing spot for set one.

From the video channel of Bill Walton’s Right Hand Man.

The stage was set up nicely with tons of screens, lights, and instruments everywhere.  Trey stands on the left as you view the stage, followed by Lesh, Bob Weir in the center, Bruce Hornsby on the right with Jeff Chimenti perched behind him and the drummers in the back of course.The audience exploded as they took the stage and pretty quickly with little tuning or noodling fired into the first song of the night, Box of Rain.  It was unexpected in that show opener position, and was mellow but awesome.  The band sounded together and they were gaining steam from the word go.

There was some noodle jamming to begin the next song and it took a minute to coalesce into Jack Straw- which was unexpected in that one would figure that they’d bust that out on 4th of July because of that date being listed in it’s lyrics, but who knows what goes through that Weir’d mind…  It was during Straw that you could really feel the band coming together- with Trey scorching electric guitar solos- and Phil Lesh dropping bass bombs exactly where you want them.

Next came Anastasio’s premier on vocals with the song I had thought would be the opener,  Bertha.  The simple structure of the song and it’s rollicking good nature made it a really good choice to continue the coalescence of the band.  It really seemed that they listened to the California shows and rehearsed in order to get better and address some of the short comings of the band the week before-  I say seemed because who knows what actually happened- but the band was tighter and better than the recordings of the previous week, by quite a bit. 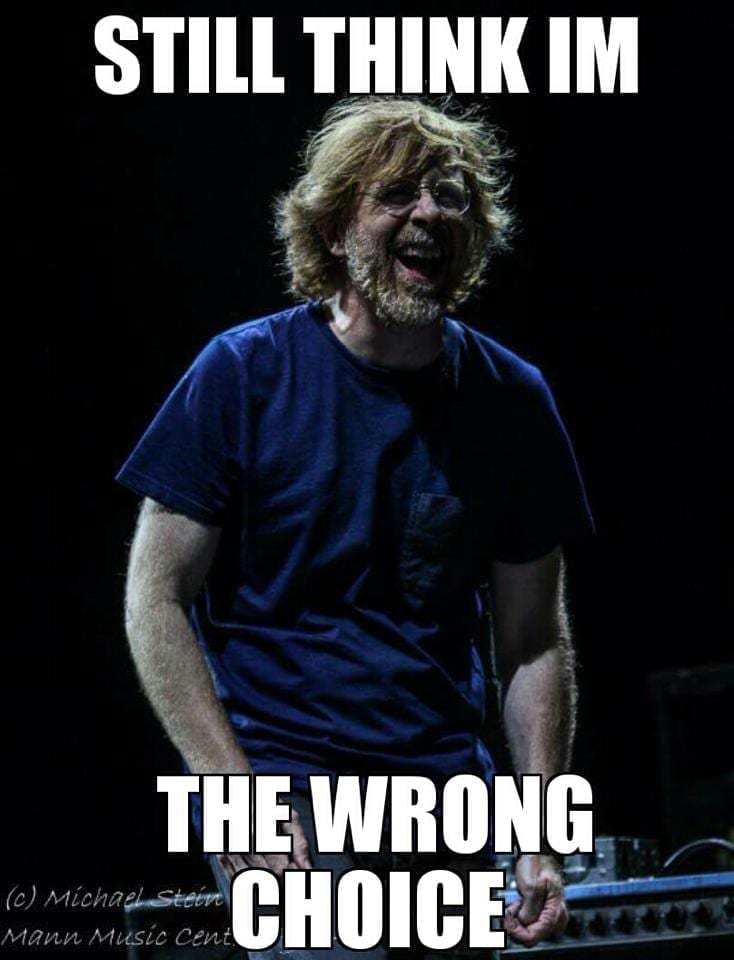 Passenger was next and was surprising not only for its presence in the set (who thought?) but also for the fiery version that the band was able to muster-  the keyboards and Jeff Chimenti made their presence known for the first time in the show in a big way, and the vocals shared between Weir and Hornsby seemingly was spot on. “With nothing to hide…”  Next was a building instrumental introduction that spilled into the Wheel, sung by everyone.  Anastasio’s guitar lines were appropriate and exciting.  He was really finding his place within the band, and the staccato nature of his guitar lines in California were more fluid and flowing, much to my pleasure.

Crazy Fingers was sung by Anastasio and while it is never one of my favorite tunes, was quite well played.  But the biggest treat of the night was up next, The Music Never Stopped.  The band was completely together, the vocals were excellent and the jam to end was stellar.  Soaring guitar lines, adept and agile band movement- all were evidence of a band that came together.  The set ended and the joy and relief everyone felt was palpable.  I declared that it was easily the best set of the five that have represented this new band’s work, and that it may end up being the best of all ten when we’re all done.

I employed the force again and made it down to the floor and hung out with a variety of folks.  After talking to a bunch of people there who said that the sound was not great on the floor, I made my way up to the seats I actually possessed.  It was quite a hike, but people up there were in good spirits too.  Set two began:

Mason’s Children was a surprise, and was a cool opener.  It’s exploratory nature was also an omen.  This version wasn’t too long, and quickly gave way to what I expected the second set opener to actually be, Scarlet Begonias and its set mate, Fire on the Mountain.  Hornsby covered the vocals on Fire on the Mountain, and the joy returned to the stage and to the audience as everyone reveled.  It was surprising that the set then gave way to drums and space- as it didn’t feel long enough to hit that part of the set.  The drums was spirited with Mickey Hart raising his arms in the air and egging on the crowd, and Billy exploring his rhythmic universe with the mallets and giant drums.

The explorations continued through space while the instrumentalists rejoined the band, and I noted that the drummers didn’t leave the stage but helped build the space.  Another surprise, New Potato Caboose came out of the space with the vocals being shared but seemingly anchored by Phil Lesh.  I can’t remember ever having seen that one and I don’t think that the Dead played it since the late 60s.

The band was really exploring in the second set, not trying for the concise songs of the first set, but feeling out the stage, the sound, the audience, and themselves.  Playing in the Band stretched and turned and they continued the stellar jamming.

I thought that maybe we were in for a short second set when Bob Weir’s Let It Grow began.  It was long and as has been his habit the last five years or so, Weir explored every inch of the song.  The band would jam and return to the themes over and over again.  I was a little worried that we were only going to get six songs in the second set at the end of Let It Grow.

But the band whipped out the suite of Help on the Way, Slipknot and Franklin’s Tower.  Anastasio handled the vocals and stumbled a time or two during Help on the Way.  The Slipknot was the exploratory band ensemble that you would expect and at one point I thought that they were teasing or going into Victim or the Crime.  But they didn’t and returned to the Slipknot themes before heading into Franklin’s Tower.  Phil Lesh handled the vocals on that one, and the basic structure of the song was a welcome return after a long set of colorful jams and musical journeys.

The long day and many miles of travel were being felt, not just by me, you could feel the crowd pacing themselves for a long weekend.  So it was a perfect choice of an encore, Ripple.  Everyone sang along and the world was mellowed by the message and delivery of the song.  Bob Weir played an acoustic guitar and it’s jangly tone fit nicely and supplied a contrast in the band’s sound compared to the electrical ensemble that they had featured the whole night.  The first show was in the books, and the band proved their worth.

The debates will continue to rage- but for those whoe want something, this band is delivering at a high level.  Everyone’s memory of how it was twenty years ago and historically are extremely rosy, forgiving any shortcoming that the past may have, and hyper criticizing every note now.  But I can tell you this- whatever you want to call this band, The Dead is seemingly the best choice, they were smoking.  It’s truly a new ensemble, the passage of time continues for them as it does for everyone, and we should all joyously embrace their desire to give us what we’ve wanted all along.  Shows to celebrate the rich history of the unique musical experience that is the Grateful Dead.  Celebrate. 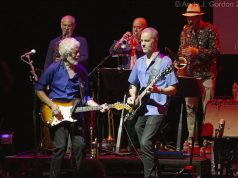 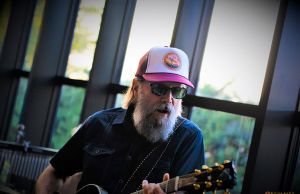 LMNR - July 28, 2022
Singer/songwriter/guitarist Michael Falzarano has been a working musician for over 45 years, most notably in Hot Tuna, the famed offspring of The Jefferson Airplane;...

Albums to Listen to in 2022: Rock Music Fans Edition