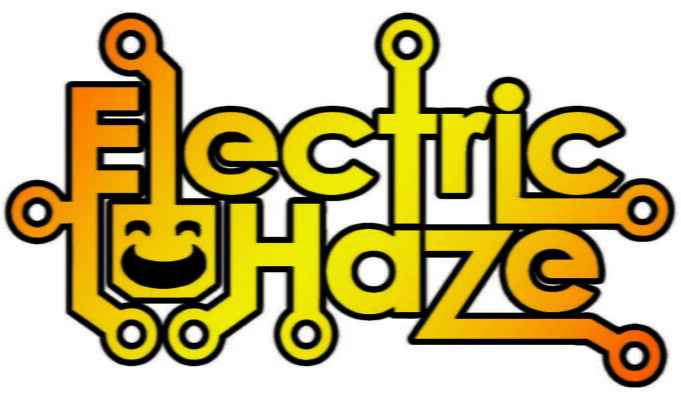 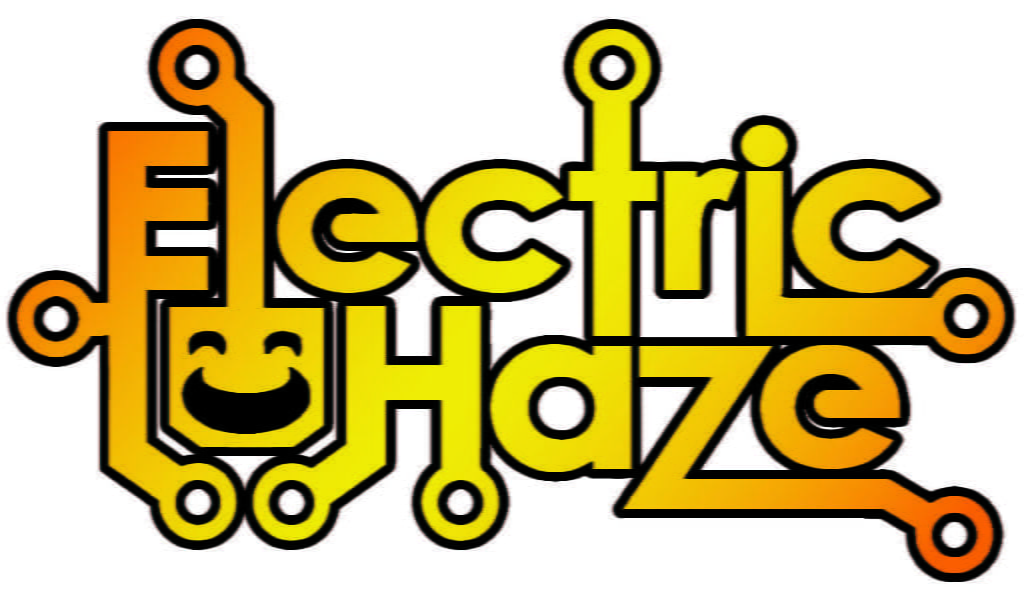 So this time I took the trek, flying solo, to Worcester, MA to catch Way Up South at Electric Haze on Friday, May 8th.  I had never been to the Hookah Bar and Music Club tucked away on the quite one-way street of Millbury, but I’m always up for an adventure.  I also didn’t take notes during this show since I had planned on enjoying myself and letting the music move me on the dance floor.  I was excited!  I enjoyed the intimacy of Way Up South at the Riverwalk, with couples and groups of friends sitting, eating and enjoying the music.

The vibe at Electric Haze was different; friends and couples could still relax at the tables sharing hookah smoke and jump up to dance, when the feeling struck them.   Electric Haze is a wide open space with tables, couches, and chairs towards the front of the club near the doors, a small bar tucked into the far corner opposite from where you walk in, and the stage towards the back with a large dance floor in between.  Another feature of the club is a glass faced garage door that can be opened to let in fresh air and let the music play out.

Check out the review of the band Way Up South at Riverwalk in Nashua NH also written by me.

There were some folks dancing when I arrived, since The Lovelights were on stage, but most people were relaxing at tables and the fruity and eclectic smells of hookah vapor wafted through the room.  They played an eclectic mix of covers, 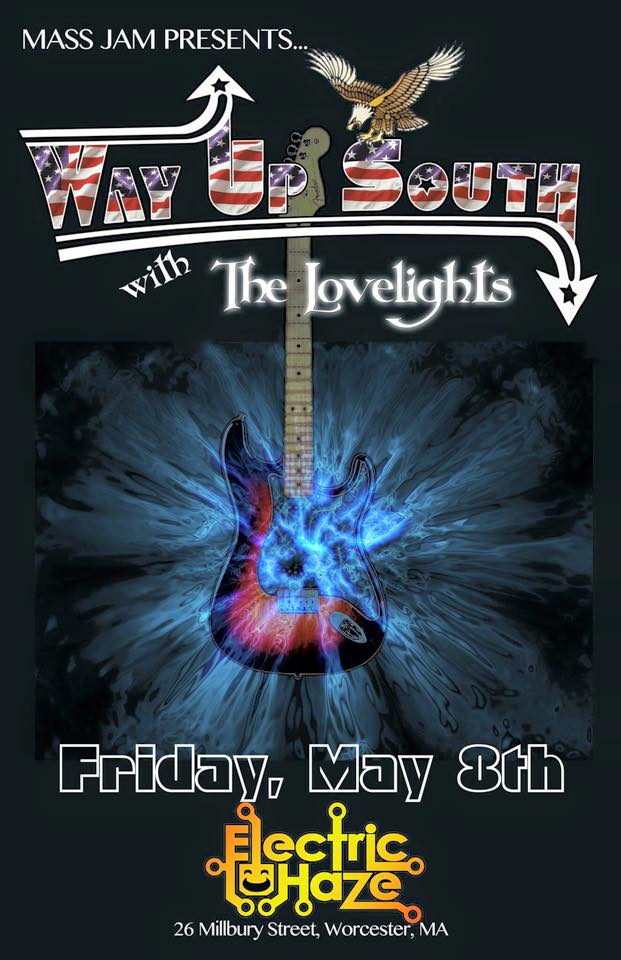 mostly from the psychedelic catalog of the 60s and 70s.  John Brigham, sat in on bass with The Lovelights and their vocalist, Ilana Fritz, has a beautiful voice.  Above the stage was a screen with CGI images that enhanced the musical experience and in some cases worked serendipitously with the music.  I bumped into Charley Carrazo and we had a great talk about the revamp of Way Up South’s website.  He sent me a link to it, which I looked at and loved, when I got home and I can’t wait for them to launch it.

I was somewhat familiar with the songs that Way Up South played from several weeks ago so being able to get up and dance was icing on the cake.  I could also tell that while the band appreciated the vibe of the crowd at Riverwalk and gave 110% to their performance, giving folks an opportunity to dance kicked things up a notch and energized the band in a different way which fed back to the crowd.

This show they played a super long set instead of two sets with a break in between.  Some highlights of the evening:  A few songs in they played a Jiggle the Handle tune called “Walk Right Out Your Door”, with Dave Osoff ripping it up on the organ and keys.  No wonder, since he is a founding member of that iconic Boston jam band.  They played “Ghost” about halfway through their show and having heard it once, this time I could really listen to the lyrics as well as how it flowed with the music.

This is a well-crafted song and as I said before a true example of their “Big Sky” sound!  Immediately after they played Black Magic Woman, a first for them.  What a great song to shake my hips to and the solo was so powerful.  During the song Soulshine I was gently pulled into a line of folks wrapped arm in arm swaying to the inspirational music.  I could tell that this was definitely a hometown crowd that had come out to see Way Up South and I saw several people over the course of the evening singing along with the band.

As the night wound down and I was staring at an hour’s drive back home I left the club shortly after Way Up South played Bong Hits at about 1:30 am and missed the encore.

Next week I’ll be at the Palladium for the Steven Wilson (Porcupine Tree and Blackfield) show on May 19th.  I scored tickets through an on-line contest.  I’ll let you know all about it. Until next time!