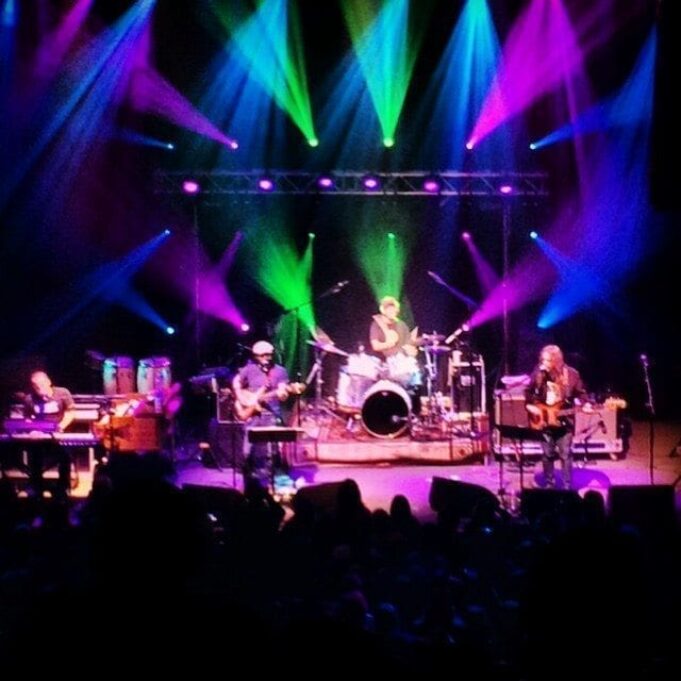 The Wheel Is Turning- 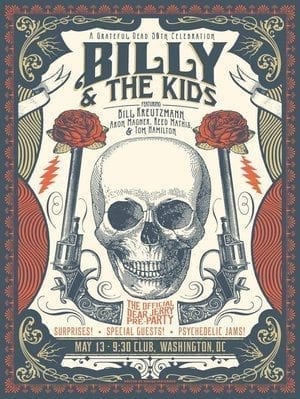 It started out as an early morning, wake up and get on the road, kind of day. Trekking from Buffalo to Washington D.C., to make the Billy & The Kids Pre-Dear Jerry show. A minor detour in Scranton, PA to drop our son off at my dad’s house, and we were back on track. On the way, we encountered some traffic jams, and a jaunt through Baltimore. Getting to our good friend’s house, and unloading our gear in Maryland, the three of us headed to the 9:30 Club.

Billy and the band took the stage around 8:45pm, and played some of the rawest and most off the cuff Dead music, I have heard in a long time. These guys easily became one of my favorite GD side projects. Having seen all of these members for years in all of their other bands, I knew this was going to be a fun show and lineup.

From the video channel of Bud Filginiti

The first set kicked off with a really nice rendition of “Touch of Grey”, and quickly into a great “They Love Each Other”. Reed Mathis and Tommy Hamilton traded off some amazing leads during the TLEO as well. Reed’s playing is amazing, ever since I first started seeing him when he joined, Tea Leaf Green, I loved his style. Tom was no slouch though, having seen him from the Brothers Past days to American Babies, he can put forth some wizardry on the fretboard. Rolling into a beautiful take on “Cassidy,” Aron Magner of the Disco Biscuits, brought the jam into a cosmic portal of bliss. 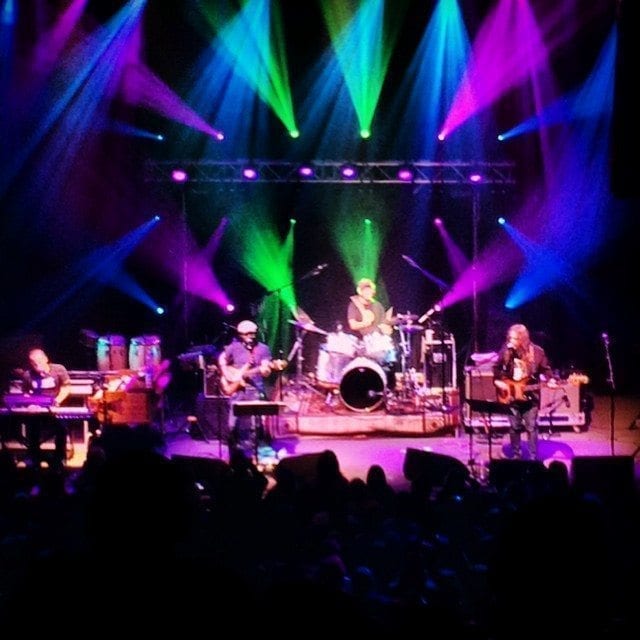 Billy, flawlessly moved through the ambient space and brought us into “Uncle John’s Band”. Smiling and thanking the crowd, Bill even shed a few tears. You could tell he was having a blast and enjoying this new cast of characters. “Women Are Smarter”, came next. Tom, Aron and Reed, all took turns with the solos, allowing each to really show their craft and technique off.

Out of a quick pause, Tom Hamilton starts the opening chords to “Reuben & Cherise”! I went ecstatic. This is a beautiful Garcia/Hunter song, and one I hold dear to my heart. The jam at the end of this one, went places no one could imagine. Pure gooey space and a shot of crunch, came dropping back into a “Cassidy (Reprise)”, to end the set. I was sold, these guys in my opinion, were what it is all about. They took chances and dove as deep as they could without looking back. 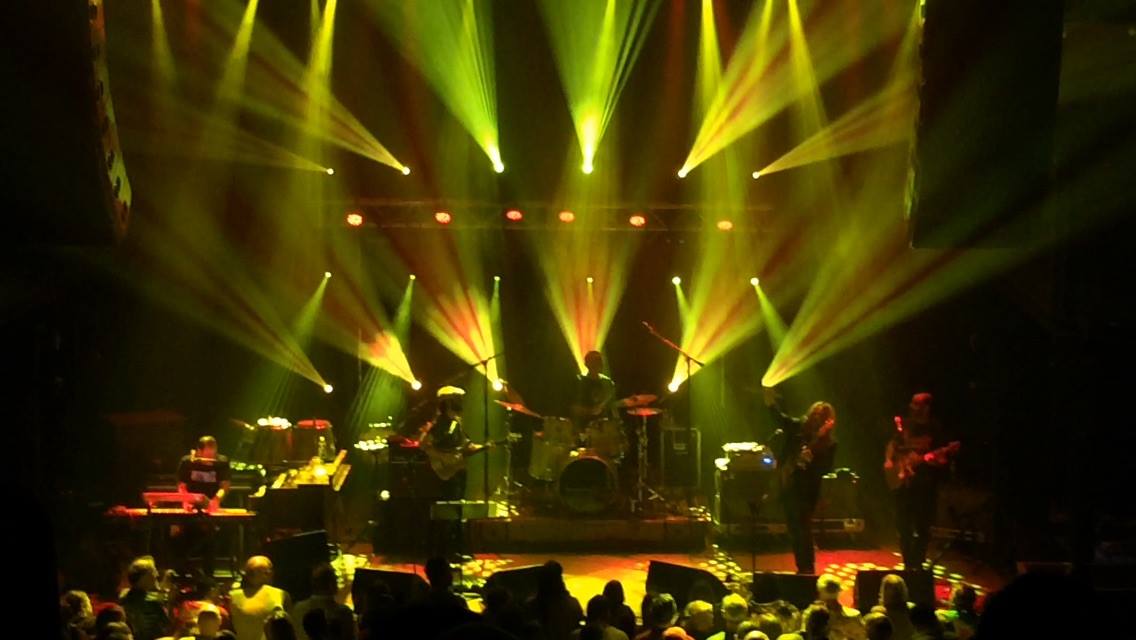 Set Two came after a thirty minute break, that was much needed. The audience soon found out why there was a second guitar amp set up on the stage. Al Schnier from moe., came out for an outstanding “Cumberland Blues”. Slowing it down, the band went into a very dreamy “The Wheel”. The improvisation during this one was fantastic. Al left the stage and Vinnie Amico from moe. & Duane Trucks came out on the percussion kit. The band took us into an exquisite “Let It Grow” that led into a magical drums. Billy, Vinnie & Duane had permanent smiles planted on their faces. Those are the moments that make the show, knowing the band is having as much fun as we were. Coming out of “Let It Grow”, we were treated with a perfect song for the occasion, “He’s Gone.” Although Jerry is gone, his music is still here to Steal our Faces, and bring us home.

“He’s Gone” took flight into a surprising “The Other One Jam”. The crowd waiting on the opening lines, quickly found out, this one was not in the cards for the night. “Deal” was started, and the crowd ate it right up. Vinnie and Duane left the stage, but there was still more music to come. The Band’s classic song, “The Night They Drove Old Dixie Down” ended the set, and we all helped sing along.

We were greeted with a three song double encore. First came “Black Muddy River”. What a take, and such a moving song. At this point, it was pretty much a group sing along, and the band couldn’t stop smiling. We thought it was over, as the main ligh
ts and music came on. We walked outside to hear everyone yell, “Get Back Inside”! We listened and got back in. A rocking version of “Bertha” into “Big Railroad Blues”were slated for the second encore. All I can say is I had a fantastic time. If you have the opportunity to see this band, DO IT! I loved that they took chances, some of which didn’t work out perfectly, but in the end made it for a great night of music.

From the video channel of David Malloy