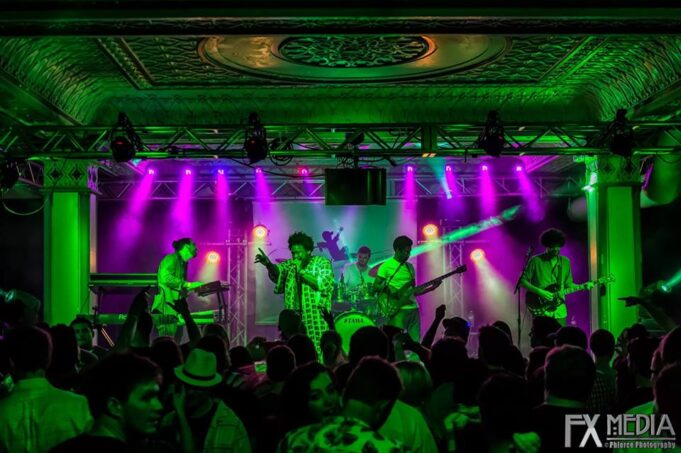 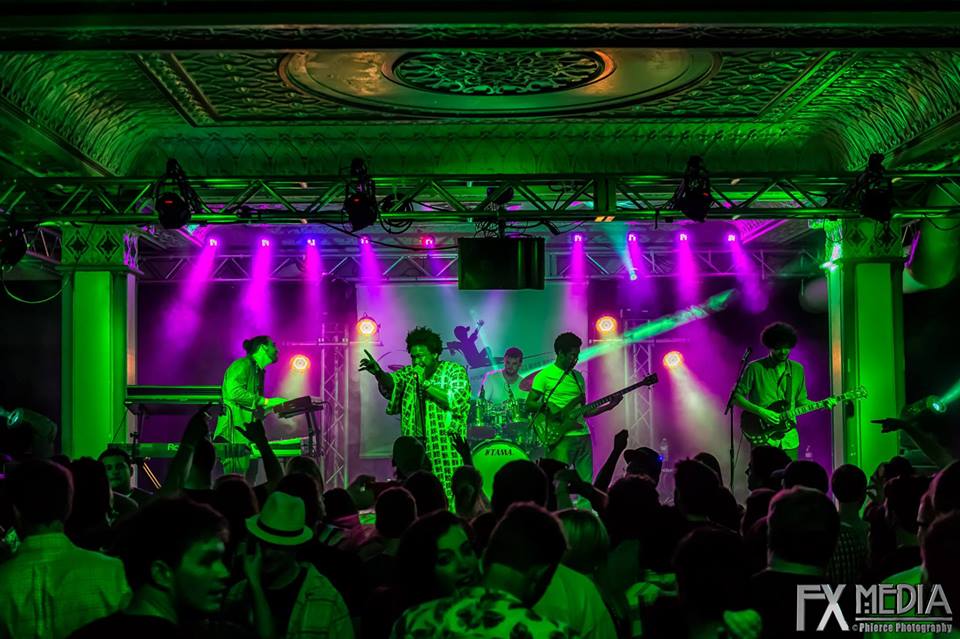 I was a little unprepared for both the venue I went to Thursday night, the Highline Ballroom in Brooklyn, NY, and the band I saw play there. The soul-oriented, funk-rock band from Indiana called The Main Squeeze are a five-piece in a guitarist, keyboardist, bassist, drummer and lead singer. My impression of the venue is that It’s a great tiny bar to catch this kind of music in anytime, but with some real swank to it.  I, underdressed and without a hip posse by my side, stuck out like a sore thumb. On the band: Before this show, I had become a listener of The Main Squeeze’s album work, which is awesome on its own, but I couldn’t say what to expect from them as a live act. I discovered a terrific live act that I badly want to go see again.

After experiencing the show the other night, I think of the Main Squeeze’s music as a cream-filled hard candy (stay with me here). The Main Squeeze’s style has an exterior of some seriously heavy, at times near grungy rock, with a rich and gooey interior of jazzy goodness. On the one hand, this show had some real edge and power to it, to knock you on your ass a bit, but that also suavely progressed into really pretty, really nuanced melodies.

Miles also submitted a review of the support band that night, Mingo Fishtrap.  Check out that review.

The first sounds of the set, especially in the opener, “Hello Road,” kicked things off in the super-heavy rock state, with some great guitar work from Max Newman. But then quickly enough, in tunes like “Change Up,” which is a cut from their newest album, “Message To The Lonely,” and “Dr. Funk>All In,” the music melted into some bouncy funk, and then into some of that gooey, soulfully rich center. The backbone of the funk, in its bass lines, keyboard chords and heavy drumming was tight but also blended into a blended, singular sound. This was all, of course complimented by lead singer Corey Frye’s pristine, sky high voice that’s something to hear. He’s also quite a cool presence on stage as a front man, in tune physically with the audience and with his bands playing, too. Several times he waved his robe around at his bandmates in a gesture of putting out a fire when they were really smoking

A highlight of the night for me, and for many others I’m sure, was the tune called “Message To The Lonely,” after the name of the latest studio effort. It has a great little groove to it, but it’s also an example of how very bright and feel-good the melodies in their music can be, plus it has a really nice message. Played live at this show, the song stretched further into a beautiful, soaring jam, the kind of live playing I love that makes people look around and lock eyes with one another in moments of mutual, happy incredulity.

Even as a newcomer it was obvious to see the appreciation the fans had for this band’s music, not just from the many people singing along to a number of the songs but by the feel to the night. By midway, there were many points in the show where the dance floor was like a pure, gelatinous liquid, bodies flowing to the beats and jazzy sounds. To be in a crowd with the kind of unanimous vibe and energy brightens the experience of live music maybe more than anything else.

In the last half of the set, the music took on an extensively thick dance-vibe, while routinely ebbing back into spots of either solo-driven intensity-like bassist Jeremiah Hunt’s breakdown in ‘Angelus”-or quieter ambiance, even touching upon the blues as in the tune “Trouble” and the perfect cover of the Beatles “I Want You (She’s So Heavy).” The long segue of coming out of the tune “Spines” featured all of this, including the low pulsing dance-beat running through it, but also other spotlight solos from keyboardist Ben ‘Smiley’ Silverstein and drummer Reuben Gingrich.

The last two tracks of the night were small musical odysseys in themselves: “Grow,” another of the night’s highlights in which guitarist Max led the jam and floored the crowd with not one or two but three climaxes of absolute shredding, and then “I’ll Take Another,” which veered again into smack-down-level grunge-rock but blended it with funk and had spots of great, back-to-back soloing.

They came out to send off on the dance vibe again, with a mega-medley encore of Michael Jackson tunes, “The Way You Make Me Feel> Black Or White>Beat It>Thriller>Billy Jean>Smooth Criminal.: Treating every song well, and filling them with their own level of funk, The Main Squeeze closed out on a fun note. They shined for me this past Thursday: Their music is wonderful, and so feel-good on its own, but they really bring it to life on stage.

Message To The Lonely

Where Do We Go (breakdown middle)

I Want You (She’s So Heavy)

Miles also submitted a review of the support band that night, Mingo Fishtrap.  Check out that review.

Not from this exact show, but from that time period.  From the video channel of Jams on the Sand.