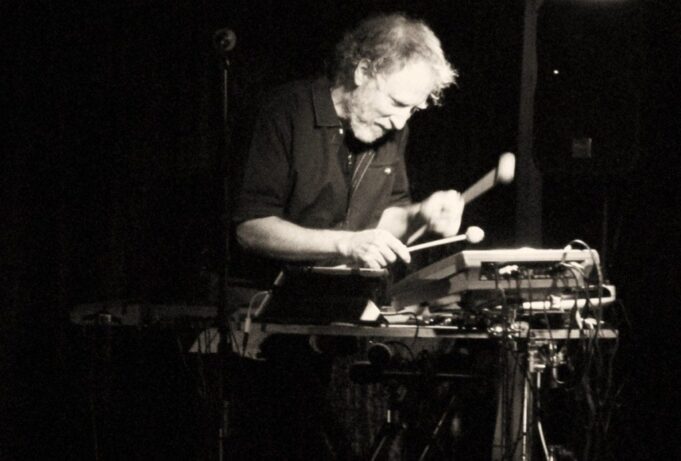 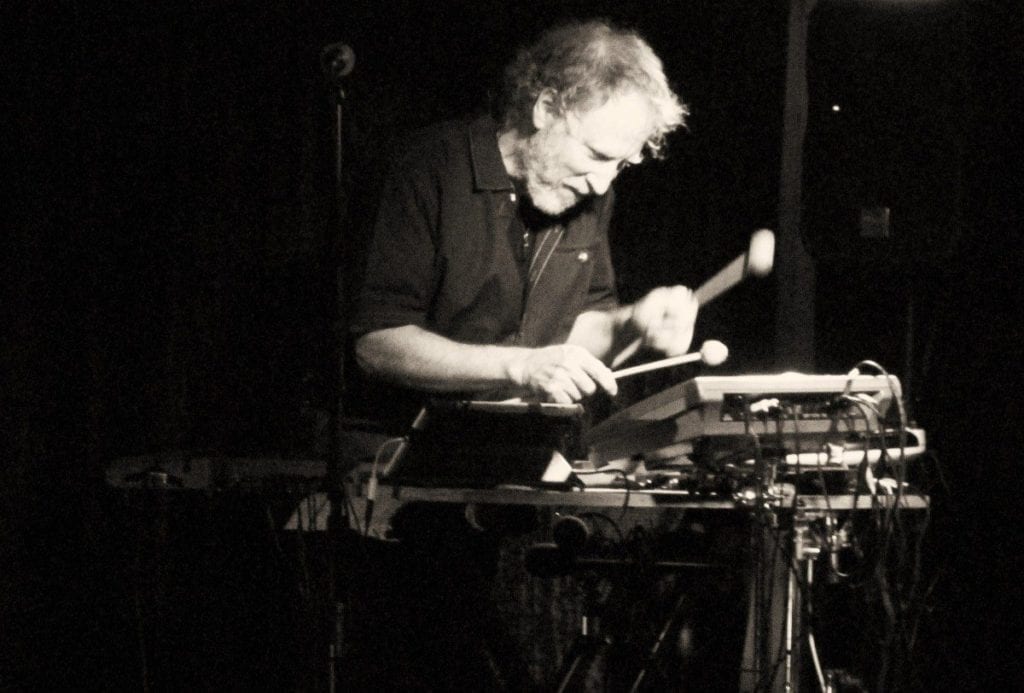 Ed Mann is well known as the long-time percussionist for Frank Zappa’s band, but has recently re-emerged amazingly enough in the New England music scene after joining forces with the region’s Zappa tribute band, Z3.  Ed connected with those guys on a flight to Zappandale Festival in Germany and has basically been playing with them ever since.  Ed’s desire to participate in this group was part of his inspiration to come back to the Northeast, and returning to Massachusetts after more than a decade in California has turned out to be, as he expressed to me, a refreshing an inspiring revival for him in live music performance and musical collaboration.  The thriving music scene in this area, in addition to his yearning to be close-by to his daughter has him re-rooting himself in Western MA.

During these last couple of years he has been actively playing music with many people from this area, and most recently, for the first time ever, he has jumped into the front man roll in a project of his own.  The first incarnation of this happened at BRYAC with an ensemble called the Free Music Orchestra, and as members ebb and flow with these first few gigs, we find ourselves with Ed Mann’s Groove Unit this past weekend at PST.

I have to say, I haven’t gotten this excited about a new project in a long time.  Then again, I haven’t seen any “new projects” (for their first ever gig ever, for a small audience in an intimate room with amazing sound, featuring a living legend) in, well…maybe ever?  But seriously, I’m pretty much out of my head over the music I witnessed being made this past Saturday night on a steamy and quiet night in New Haven, CT.  Ed has rounded up a stellar trio of talent to play with: On guitar, Van Gordon Martin of VGMB and Dub Apocalypse; bass player Dylan Skursky from Cabinet; and Rory Dolan, drummer for lespecial. 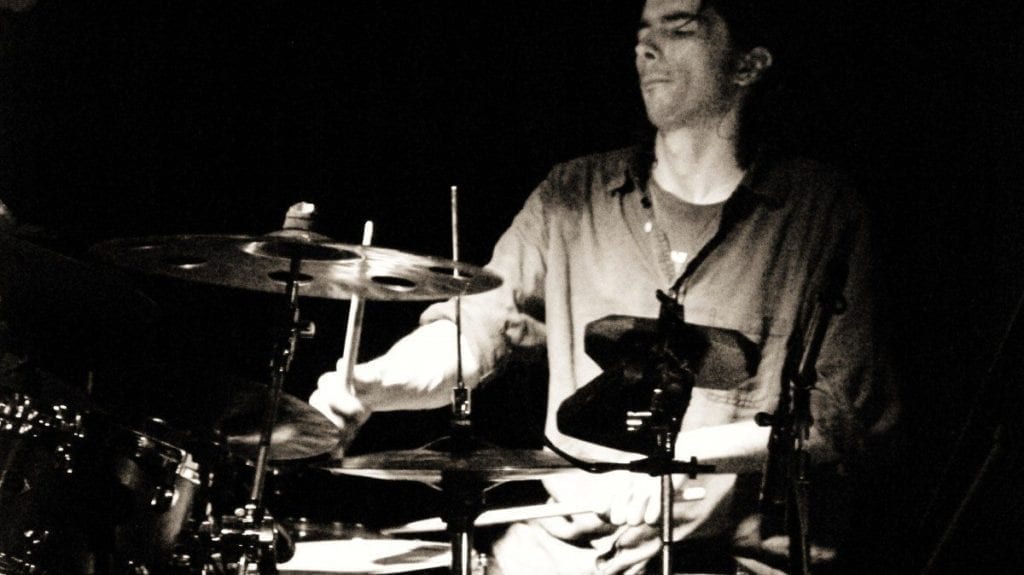 The experience turned out for me, to be enlivening, a refreshing new take on what it is to listen to new music being created by pure inspiration in the present moment. It was a showcase of talent, a melding of the energies of four incredibly skilled and inspired individuals, masters of their instruments.  The sounds that Ed incorporates into the music make it feel like the score to a film, or maybe our own experiences.  The point is that each moment is experienced with attention, and is created right then, esoteric, pleasing and groovy to make you move with it.

It’s been too long since Max Roach and Dizzy Gilespie were stretching rubber bands out into the stratosphere of sound for us.  We’ve traveled too many millions of miles from Miles, who tested the limits of our musical mind.  The sounds scratched into the air by Lee Perry have long since blown into the corners of musical history, and all of the over-produced,predictable and watered down musical product of the main stream has left the world forgetting a certain essential thing that quite possibly, Ed Mann’s efforts just unearthed to us.  It’s fresh as an experiment gone right, and as he defines it, “it’s music that’s never played the same, once.”  It is certainly reminiscent of John Cage’s soundscapes, which isn’t a coincidence, as Mann got to perform many of Cage’s scores in the past.  It’s a kind of music that plays with your mind and not just your ears.  It asks questions that have no answers. 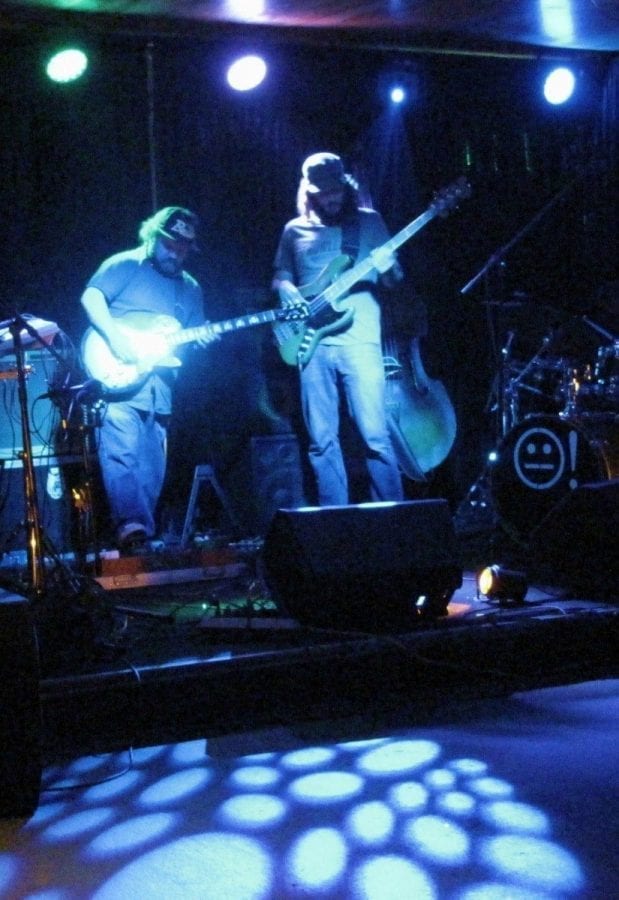 Saturday’s first set started sweetly like slow germination of mixed medium.  Gentle coaxing resulting in an experimental jazz dialogue between the four pieces, where each man added almost as little as needed, respecting the space of each contribution.  Then, slowly, things started to meld together, rhythm masters, playing with it and taking their time.  Thirty-three minutes in, the second “song”:  African inspired beats, covered in colors of sounds.  Fifty-two minutes in, everything gets dubby and islandic and feels like Samba, or tequila or somthing spicy.  End of set, after an amazing syncopated and synchronized drumming duo between Ed and Rory, we get our blues on.  Surely a nod in the direction of B.B. on his week of passing.  The musicians all seemed to get settled down in, nostalgic, comfortable.  During this last segment I can’t imagine they weren’t thinking of the blues king, each in their own way, pulling strands of emotion like the blues does best.  This first set is long, like an hour and a half, and as

I soon found out they were only just warming up.

Second set challenges any idea that the band hasn’t ever played a gig together.  There’s a groove, a purpose, and though the destination is never the point we’re certain that whatever it is we’re all going to arrive together.  For the first time, Van gets to stretch out his guitar legs and really have some fun. We also get a deep and wrenching upright bass solo from Dylan, who is so much more of a bass player than any single genre could ever endure.

Ed Mann is cutting edge, he is all encompassing.  He’s most interested in the jams, the moments that come unpredicted, that flow directly from the heart, but he lives in the pocket and his mallets bounce with precision and subtlety.  Interestingly enough it’s reggae that most informs Ed’s style, though he has steeped deeply in the world of funk, he gives a bow in reggae’s direction as a wellspring of joy.  World music, trance, synth, electronic…these are all aspects that he is able to incorporate with his amazing digital vibes setup and profound skill.  All of these sounds combined together like a Jackson Pollock painting.  There is no room to be bored, there is nothing old, nothing stale or overdone about it.  My photos say the rest of what I want to say… they are my own portrayal of how it all made me feel and how the memory of it remains.  There are soft edges and sharp contrast simultaneously burned into my mind.

If you discover that Ed Mann is performing anywhere near you with his Groove Unit or Free Orchestra, drop your silly plans and go to witness and join in the experience. 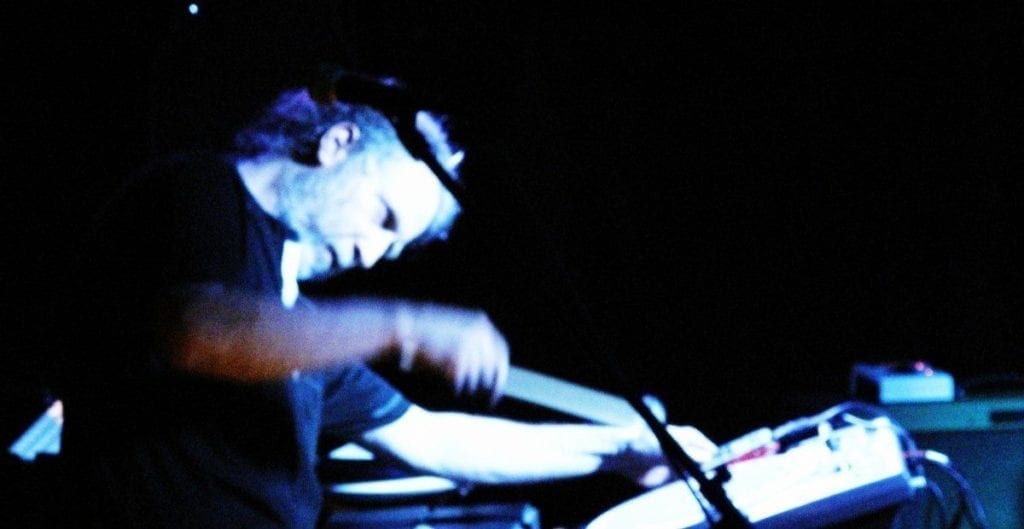 Also, if you happen to be in the Northeast this Memorial Day Weekend, Ed will be jamming with the Alchemystics as well as with Max Creek at Strangecreek in MA this weekend.  He is also of course frequently seen with the Z3 (though they need to turn up his volume by at least three times, when he plays with them, in my humble opinion).  Check out also Ed’s gong music online, which is as close to musical metaphysics as you can likely get.  You didn’t know it, but a gong in the service of Mann, is a healing power indeed and a perfect way to enjoy a morning, or half the day even.

Last, and more importantly, please enjoy these video and audio links provided by the folks at Pacific Standard Tavern of May 16th’s show in its entirety: