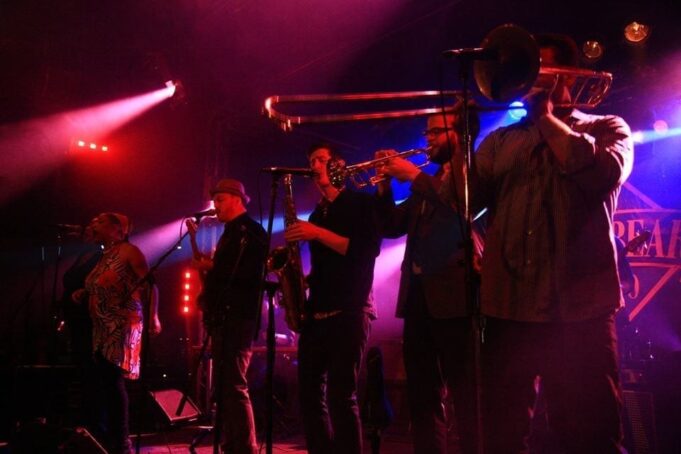 An unusually rich and lively mix of music will once again be wafting though the air this summer at the Fourth Annual Driftless Music Festival on Saturday, July 18, at Eckhart Park in Viroqua, WI. “It has always been our aim to bring some of the finest sounds in the region to the Driftless area,” said Joel Johnson, one of the Fest’s organizers. “This year’s event very much follows in that tradition.”

Check out the Facebook invitation for the festival here.

Johnson indicated that the Festival will feature five ensembles, representing a wide range of musical styles. All are top notch performers in their genre. Kicking off the event will be Chris Plata and Extra Hot, a mellow band with folk, Texas country and Mexican roots. Songwriter Plata brings his thoughtful and soulful tunes to life with “lyrics that rarely stray from the pared-down poetry of a well-tuned pop song.” Plata and Extra Hot have appeared on “The 30-Minute Music Hour” on Wisconsin Public Television.

Check out the review by Stephanie Janicedottir of the band Way Up South in Worcester MA on May 8.

Next on the docket are the Madison-based Cajun Strangers, one of the Midwest’s premier Cajun music bands. The group reproduces the energetic style of traditional Cajun dance music from Southwest Louisiana, including two steps, waltzes and blues, sung mostly in Cajun French.

Fest-goers will then be treated to the exciting rhythms and sounds of The Chicago Afrobeat Project, a group recognized nationally for their signature version of the genre, which incorporates elements of hip-hop, orchestra-like musical arrangement, and stylistic explorations of rock, jazz and funk. 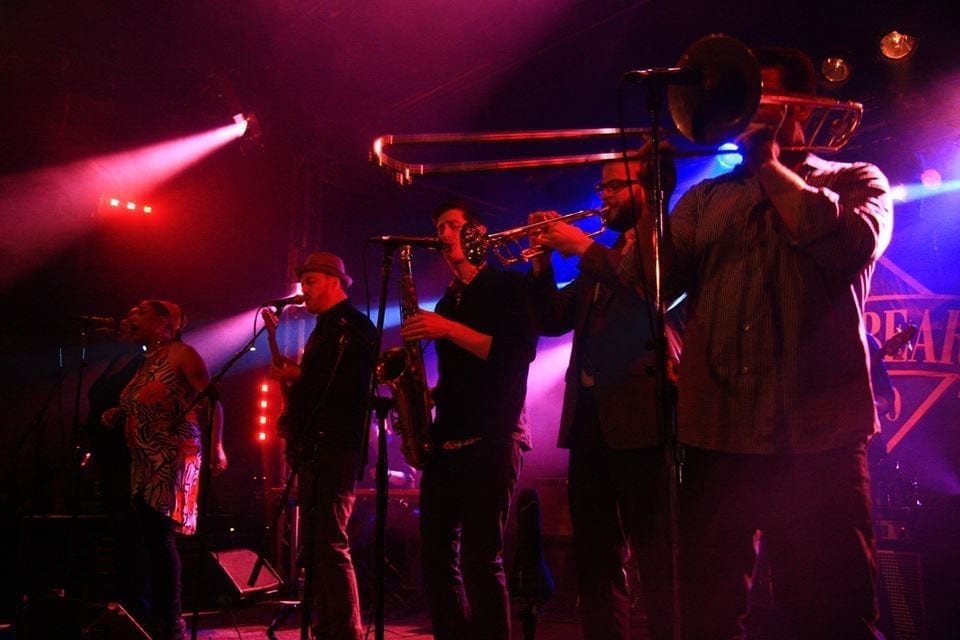 Keeping the rhythms moving along in lively fashion will be the band Bumpus, described as a “high octane musical funk frenzy.”  The group, which has opened for the likes of Dr. John, The Wailers and They Might be Giants, has spread its branches from the family tree of James Brown’s music, and, as one critic succinctly put it: “Bumpus has done something few modern bands have done–tapping into a deeply buried vein to rediscover the sound of timeless soul music.”

The closing performer for this year’s Fest is Performer, Spirit Singer and Culture Weaver Mankwe Ndosi, whose music is focused on sound, story and expanding the vocabulary of singing. As a civic leader who has sought to infuse creative practice into the worlds of healing, sustainable development and community building, her music blends the domains of Creative Improvisation and Hip Hop, with folk/blues/world/root music influences.

The Driftless Music Festival, also provides an array of food vendors showcasing the culinary expertise of the area, and featuring largely locally sourced foods. There is no admission charge to the event, which runs from 1 p.m. until 10 p.m.

More information about the Festival and the featured performers is available on-line at www.driftlessmusicfestival.com.

Check out the review by Stephanie Janicedottir of the band Way Up South in Worcester MA on May 8.