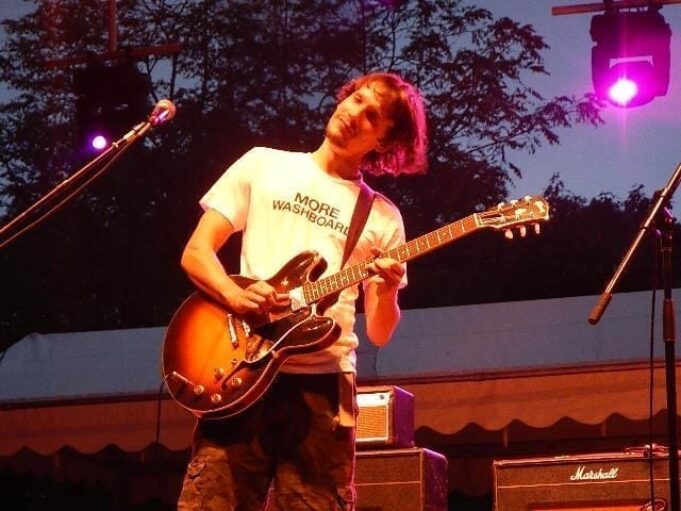 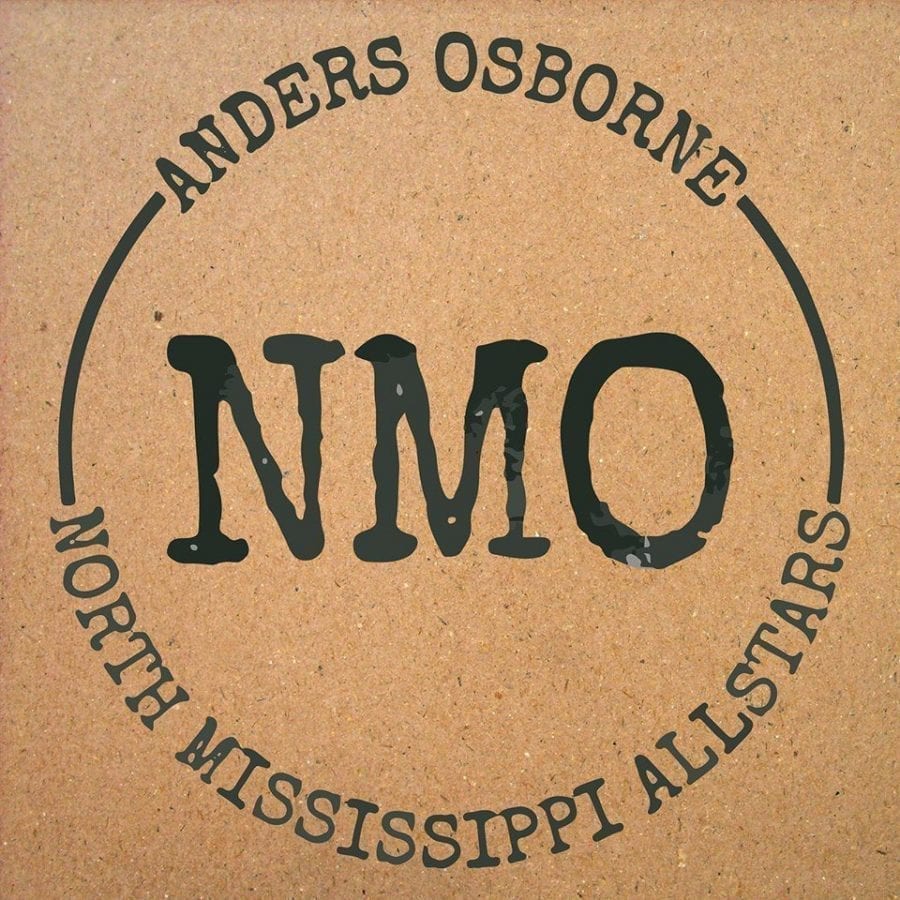 I had the pleasure of catching two shows of the North Mississippi Osborne Experience on Wednesday, February 25 at Boston’s Paradise Rock Club and that Friday at The Capitol Theater in Portchester, NY.

Check out some audio of this show here.

Not sure where to begin.  It’s not often that I’ve been to a place musically where it felt like church but a church that had folks making love in the pews – a place where the music was in our roots and essence.  The primal music that was instilled in us before birth before the birth of our great, great , great … there’s no point in counting the generations. 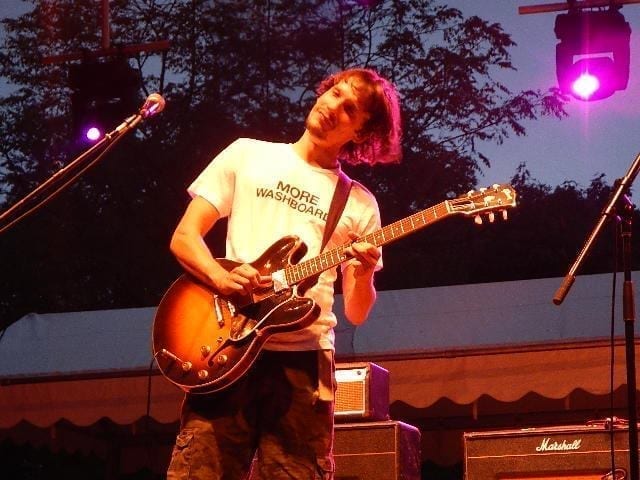 The shows started with one song played by Luther and Anders on acoustic.  Playing off each other, intently leaning in.  Then Anders left the stage and Cody and Lightning Malcolm came out for a “set” (this was one continuous three-hour show) of North Mississippi Allstars’ tunes.  On both nights they played the old 30’s standard Sittin’ on Top of the World.  This tune really set the tone of the Boston show.  It’s a slow blues song that Luther sings and plays as a shuffle.

The thing about NMA, they truly have their own sound.  It is as old as The South and yet sounds new and fresh.  It was at this point in the show that it just had to dawn on everyone what a monster Luther Dickinson is.   The young man has an aura.  He looks like a first-year college professor and sings like a 300 lb. man from the Deep South.

Toward the end of the this mini-set, Luther straps on a marching band bass drum and plays as Cody  and Malcolm also strap on drums and proceed to march around the room while playing.  The song was Granny Does Your Dog Bite?  The chorus is:  “Granny, does your bite?  Yes Chile, yes!  Granny does your dog bite?  No, Chile No!”  So as the boys were dancing around the room, the ground continued singing, “Yes, Chile, yes!  No, Chile no!”

By then, everyone had a gleaming that we were in for southern hootenanny (I think.  I’ve never actually been to a hootenanny).

Check out the review by Steve Hildebrand of the NMO Chicago Show on March 6th at Thalia Hall.

Anders, Carl and Brady joined for the end of this and then we had a set from them.

If you never seen Anders Osborne you need to rectify this ASAP.  This man can caress a solo or rip your face off depending the song.  I maintain that as a singer-song-writer-guitarist, he is the greatest gift to American Music since Lowell George.   His songs are pretty much all autobiographical and he has led a life you could write a novel about.

At the end of Anders set, NMA comes back.  In Boston, Carl didn’t stay; at The Cap, he did.

If there was one weak link, it’s Lightning Malcolm.  He has nice voice; he’s competent on guitar but he pales compared to Carl on bass.

Now as to the rest of the show, well…

Luther Dickinson is my favorite playing guitarist.   He doesn’t feel any time constraints.  He only plays when it’s time.  And when he plays; oh, Dear God, HE PLAYS!  Anders Osborne is his perfect compliment.  No shit.

When these two men take the stage and weave their incredible tapestry of American Roots Music, NO ONE anywhere else is hearing anything THIS good.

SERIOUSLY.   It is THAT good. 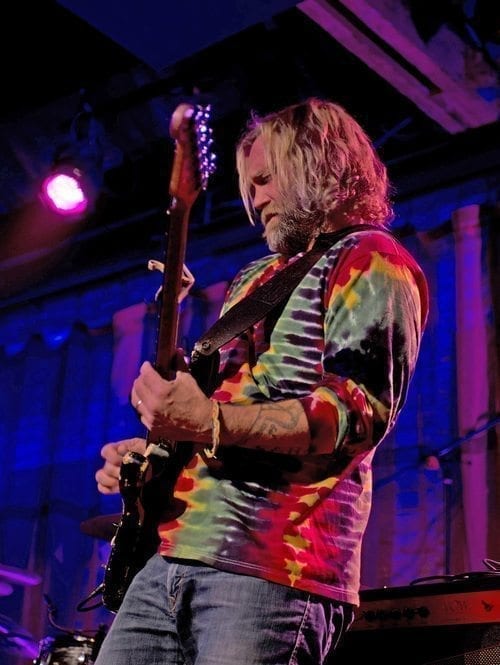 Luther is never in a rush.  He waits and feels what should be played next – and whatever that is, he can play it.  He doesn’t try.  He doesn’t struggle.  It flows through him from an essence that everyone in the room feels and has felt since some primal memory.

And Anders … well, he has already felt it and caresses it and sends it back with a little more of the divine that we all wish would happen at a concert.

That Divine Inspiration that we all wait for in a show is over-flowing in these guys’ shows like some kind of flood in Spring,  You don’t know whether you should dance, or sing, or jump, or shout, or do all of it at once!  Sometimes they even make you cry.

My, God!  I swear if everyone in the world had to attend one of these shows war would stop.  All you feel is the essence of love.

The feel of the Paradise show was Southern boogie.  Then at The Cap, the jams had more of a Dead/Allman feel.  They soared and interweaved like a musical magic carpet.  You never wanted it to end.  This could have very well been because The Cap was one of  Jerry’s favorite venues and both Luther and Anders played there last year in Phil & Friends.

Anything that I could write would be a gross understatement.  You need to see this.  We all do.  We all need this.  We all should go see these shows.

Thank you to God and all for allowing me to attend.

Check out some audio of this show here.

Check out the review by Steve Hildebrand of the NMO Chicago Show on March 6th at Thalia Hall.