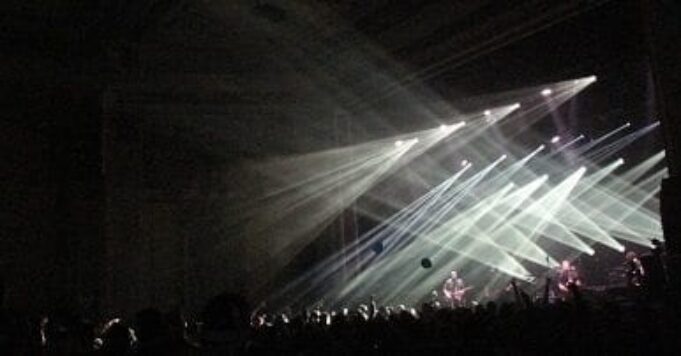 Reporting and Photos by Sue Paquet

The Midwest’s favorite improv funk jam band hit Northampton with a vengeance to a packed house at the Calvin Theatre.

The show was great, and emboldened with camera in hand, I made my way through the crowd to stage left, right and to the front in order to capture photos and experience Umphrey’s for the second time. 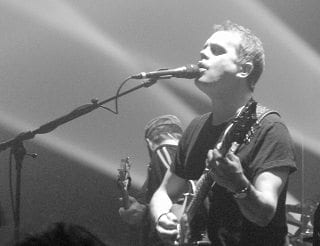 The first and only other time I saw Umphrey’s was in the same room last year.  I went back because the vibe is so great and the covers are fun.

Their music is always sort of building up to a peak, and then a break, and then changes, improvs, curves and movements bring the audience on a ride.  It’s all tight and interesting, and as I get to know the material more I’d bet that it gets more interesting still.

The opener, Tauk- is a mostly instrumental band somewhat new on the scene.  I didn’t catch much, and the sound was a bit boomy- perhaps the band was new to rooms of this size, but they finished strong with a great bass led jam that I recognized from the song “Low Rider”.

Check out the downloads / streaming of the show here.

Umphrey’s had a strong first set with some funky and world tinged beats that grew into more of a jam vibe that climaxed in an amazing Led Zep cover, the Song Remains the Same.  Their version was spot on and didn’t stray too far from the original, which showcased the band’s chops and technical skill.

The band is great fun, and they keep your attention throughout the show.  The light show is incredible.  It is constantly changing and flows with the music.  Lighting Director Jefferson Waful accents the music really well and enhances the whole experience, much as Kuroda’s light show with Phish does.  The show itself has the feeling for audience members that you are “at a place, having an experience.”  Much like with Phish or the Dead, the Umphans are very attentive and it feels like a whole family enjoying the show together.

A song would start, and the crowd would recognize it immediately and show their appreciation and love to the band.

Umphrey’s influences come out readily from jam to reggae, rock, modern rock, and in the second set the band rocked out hard and even had hints of metal.  There is no one way to categorize what Umphrey’s does, as they are able to touch on all different genres and bring them together within their own material.

Afterward, even though Mister F was over at Hinge, which would have been fun; but I decided to hit Bishop’s where my friends,  the Organically Good Trio (plus one) were playing.  The band featured Danny Mayer (On the Spot Trio, formerly of Alan Evans Play on Brother) on guitar, Bill Carbone 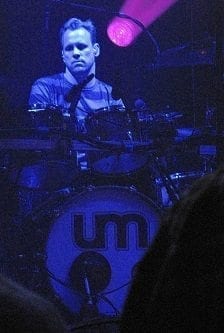 It was a packed room and a great after party.  It started off with a lot of reggae influences compliments of Van Martin, and then meandered into old school funk.  Paul has a lot of great rhythms with space in between and Van Martin and Danny Martin taking turns slaying it.  Carbone was solid on the skins as usual. Toward the end of the night Force (from the Alchemystics) got up and did a little rapping.  Then Giles Stebbins (Rhythm Inc) got up and did some rhymes.  Some other people here and there jumped up to bust some rhymes but none were as memorable as the aforementioned.  The chemistry was really fun and this was a bit more melodic than most funk nights at Bishop’s. 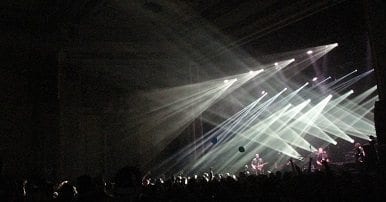 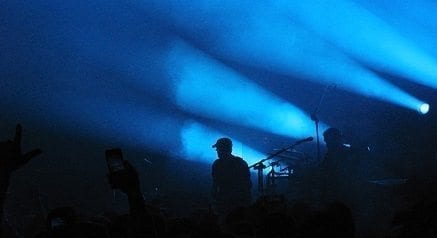 [3] with Jesu, Joy of Man’s Desiring (Bach) tease
[4] with Soul Food II intro
Notes:
with You Really Got Me (Van Halen) tease after JaJunk