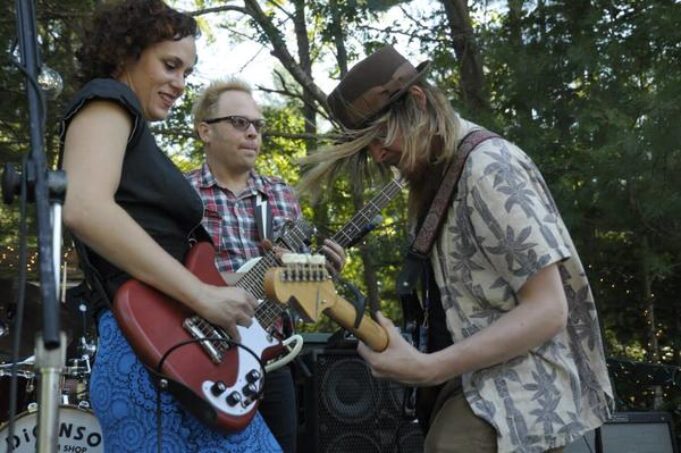 New album out on Vizztone Records

For years now, over a decade, fans of live music in New England have been checking out Erin Harpe and her band Lovewhip, at ski areas and clubs throughout not only this region, but out on tour all over the country.  But in the last few years they have been introduced to a different side of her music, as she and her band mates formed a new project, Erin Harpe and the Delta Swingers.

Having been reared on blues since she was a wee little one, it is only now that the music has become a project for Harpe that she is sharing with the world.  The Delta Swingers features Erin on electric and acoustic guitar and lead vocals, backed by Jim Countryman on bass, Bob Nisi on drums and vocal harmonies, and a revolving cast of Boston’s best blues soloists, including the blistering electrified harmonica of Richard “Rosy” Rosenblatt, the slide guitar of “Sonny” Jim Clifford and other local stars. Erin Harpe & the Delta Swingers released their long-awaited debut album “LOVE WHIP BLUES” on VizzTone/Juicy Juju Records on November 4th. 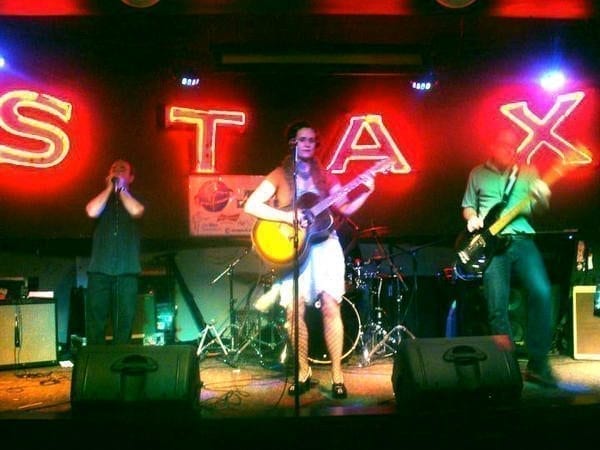 Growing up in the Washington DC area, Erin began playing the guitar in her teens taught by her father, bluesman Neil Harpe. She soon began performing at folk festivals, coffee houses, bars, and parties in the DC area, developing a strong blues guitar and vocal style of her own. Erin relocated to Boston to develop her music career, where she met local blues talents such as Paul Rishell and Susan Tedeschi. Erin has released two acoustic blues albums, her debut Blues Roots (2002) and 2008’sDelta Blues Duets, which have received rave reviews and radio airplay across the United States, as well as at least six European countries and Japan. Erin’s soulful vocal style and accomplished finger-picking guitar playing has earned her many fans, including guitar great Ronnie Earl, and she is quickly becoming recognized on the international blues scene. In fact, Erin and Jim completed their first European tour in Spring 2014!

Shortly after forming the Delta Swingers in the Boston area a few years ago, the band started to gather up awards and acclaim.  They immediately won the Boston Blues Challenge on their first attempt, and two more times in the coming years.  Each year they went to Memphis to compete nationally, getting as far as the finals.  This year’s recent Memphis trip was a real celebration, commemorating the release of their debut album and having the band connect mightily with blues fans and industry shakers across the country. Other awards have followed including a Boston Music Award and a current nomination for a New England Music Award could add to their trophy case. 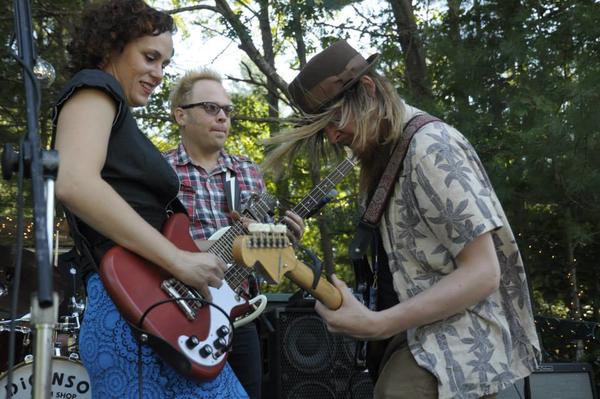 “Something akin to what the blues sounded like, Muddy and his band plugged in, which sounds better than ever in these hands.” -Cheap Thrills Boston

This summer, the band is taking that debut album out on the road and performing all over the country.  Blues festivals and concert series have already begun to snatch up the band for dates, including events in Ohio, Colorado, Utah, Texas and beyond.  Folks in their New England home region won’t miss out though as there are still plenty of chances throughout the year to catch the band’s unique take on the blues.

Like her predecessors Memphis Minnie and Charley Patton, Erin has a wide appreciation of many styles of music, and ventures fearlessly outside the blues to lead her “Other Band”, the electro-funk dance band Lovewhip. Erin has even been known to slip a Lovewhip song into her blues sets, and the dancers don’t seem to mind a bit.

“Erin describes the sounds on Love Whip Blues as a Blues/Roots/Americana cocktail. Once you have tasted Erin’s unique Delta Blues cocktail, you will be asking for a second round.” -Gregg Saur, WYCE(Grand Rapids/West Michigan)