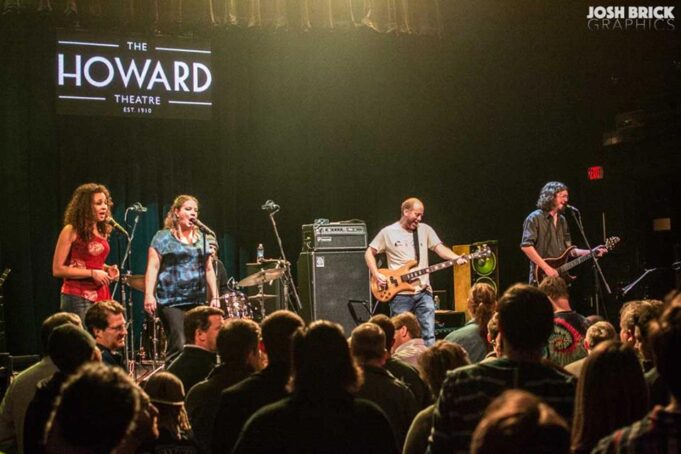 It’s early January in the nation’s capital… bitter cold and gloomy. For the most part, residents of the area prefer not to go outside without a good reason. John Kadlecik & The DC Mystery Cats provided a perfect reason with their first show of the new year at The Howard Theater, which was packed with fans ready to dance the chills (and holiday calories) away. 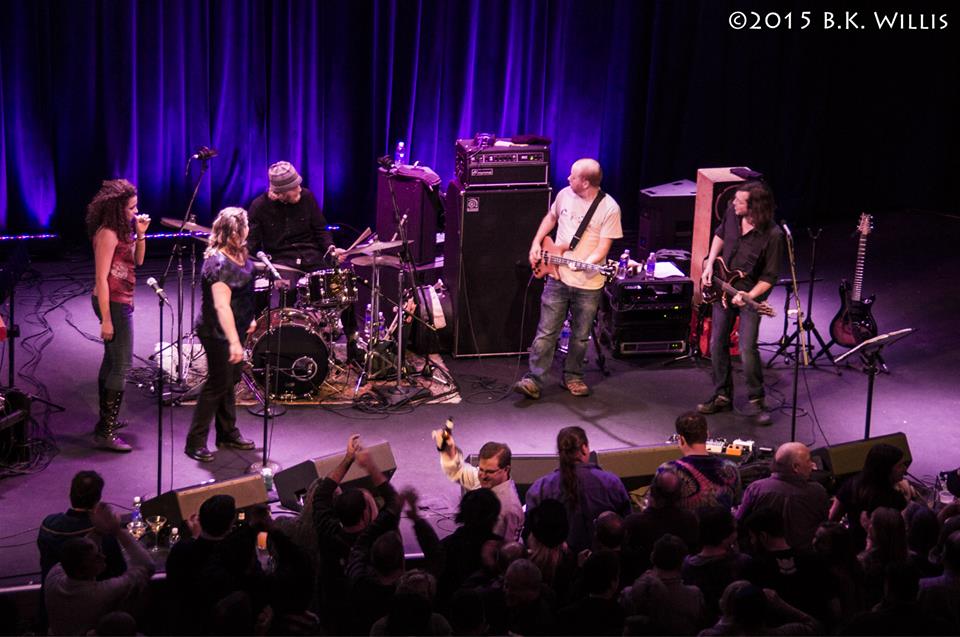 After a well-received performance by one of Baltimore’s favorite son’s, Cris Jacobs (formerly of The Bridge), John & The DC Mystery Cats hit the stage shortly after 9 PM and launched straight into the Hunter/Garcia penned “Cats Under The Stars,” followed quickly by a beautifully moving rendition of another favorite Hunter/Garcia tune, “Mission In The Rain.”

Little Milton’s 1972 hit, “That’s What Love Will Make You Do” – a crowd favorite that has been in standard rotation with John’s bands for some time now – had the crowd dancing without abandon. Next came a plaintively cathartic cover of Van Morrison’s “And It Stoned Me” that had the entire club singing along. The 1989 Daniel Lanois composition “The Maker” followed next, with its continuation of references to “the water” and its mournful theme. Lightening the mood, the band launched into a rousing rendition of the catchy Jesse Stone penned “Money Honey” (most famously performed by Clyde McPhatter & The Drifters in 1953 as well as Elvis Presley in 1956). Capping off the first set was another crowd favorite (and staple song for the band), the Charles Johnson penned “My Sisters and Brothers” that seemed to express and reflect the feelings of the crowd perfectly. 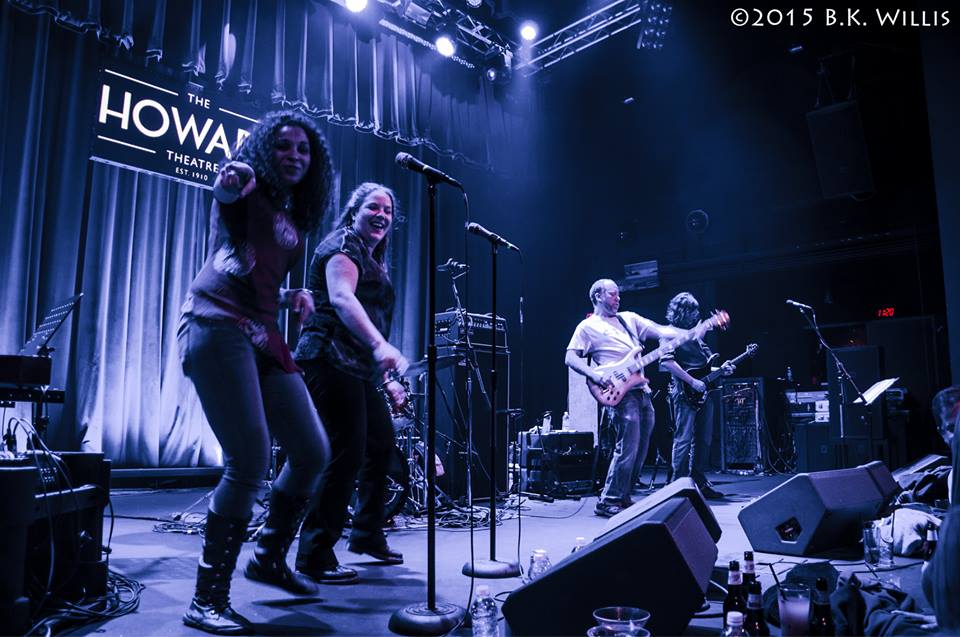 After the set break, during which many hugs, smiles, and greetings were exchanged amongst the members of the “DC Tribe” that has sprouted and flourished in DC’s increasingly impressive music scene, The Mystery Cats returned to the stage with a high octane, joyous rendition of The Temptations classic “The Way You Do The Things You Do” before jumping into the Lou Adler/Herb Alpert penned “Wonderful World” first made famous by Sam Cooke in 1960. While “Wonderful World” has been performed and recorded by numerous artists over the years, John has made his unmistakable imprint on the song and like so many other songs, has made it his own.

Appropriately, Hank Ballard & The Midnighters’ “Tore Up Over You” – which has been played over 250 times by The Legion Of Mary and The Jerry Garcia Band and which Hank Ballard & The Midnighters performed on the very same Howard Theater stage during a week long stint in August of 1960 – came next and really got the crowd moving and grooving with the Roy Rogers/Norton Buffalo penned “Ain’t No Bread In The Breadbox” following quickly. Up next came a sweet and emotion laden version of “Rubin and Cherise” that once again had the crowd singing along before launching into another song that lends itself so well to a sing along – The Band’s “The Night They Drove Old Dixie Down.” Finishing off the second set was a rousing rendition of Bob Dylan’s “Tangled Up In Blue.”

For an encore (which was not performed at the original JGB show from August 8, 1993) the band performed Jimmy Cliff’s “The Harder They Come” and an absolutely gorgeous cover of the Dorothy Love Coates and the Gospel Harmonettes song “I’ll Be With Thee” that saw Jessica Lake and Mary Lankford trading off beautifully on lead vocals. 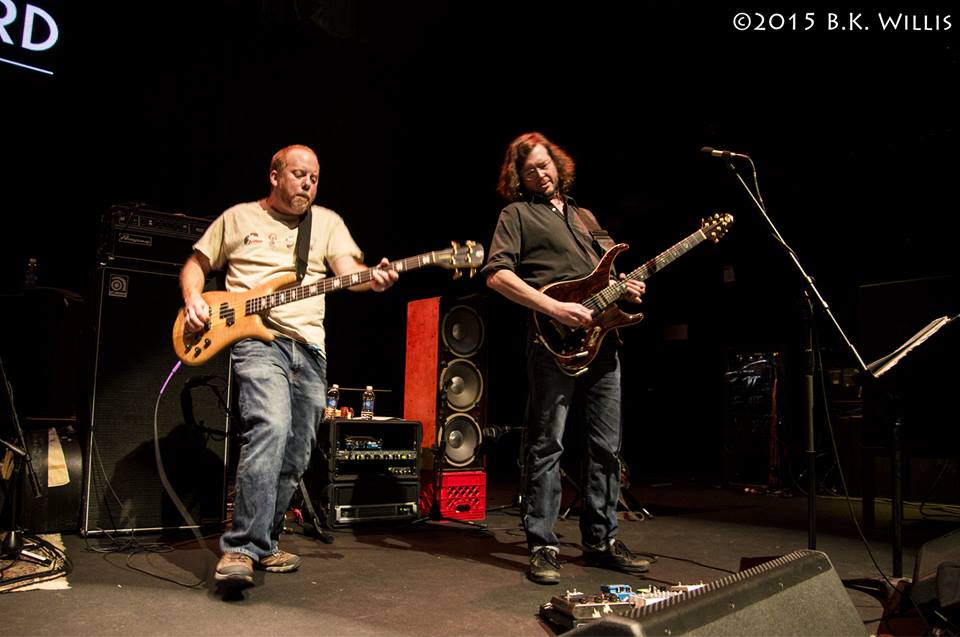 Many of the songs performed were written before the birth of John and his bandmates and have been covered by numerous artists. To his/their credit, John and his bandmates have taken these songs and given them new life and sound and made these songs their own. Recently in an interview, John discussed being “pigeonholed” into the Grateful Dead/Jerry Garcia mold and he has often been referred to as “New Jerry” by his most rabid fans or sometimes “Fake Jerry” by his few detractors. John is neither… he is simply “Original John” and he proves at every show that he is indeed his own man with his own style and his own legacy to create.

This setlist was from the JGB 8/8/93 Show
Set 1
1 Cats Under the Stars
2 Mission in the Rain(Jerry Garcia song)
3 That’s What Love Will Make You Do (Little Milton cover)
4 And It Stoned Me (Van Morrison cover)
5 The Maker (Daniel Lanois cover)
6 Money Honey (Clyde McPhatter & The Drifters cover)
7 My Sisters and Brothers(Charles Johnson cover)
Set 2
1. The Way You Do the Things You Do (The Temptations cover)
2. Wonderful World (Sam Cooke cover)
3. Tore Up Over You (Hank Ballard cover)
4. No Bread in the Breadbox (Norton Buffalo cover)
5. Rubin and Cherise (Jerry Garcia song)
6. The Night They Drove Old Dixie Down (The Band cover)
7. Tangled Up in Blue (Bob Dylan cover)
8. Encore(not part of the 8/8/93 original setlist)
9. The Harder they fall
10. I’ll be with thee