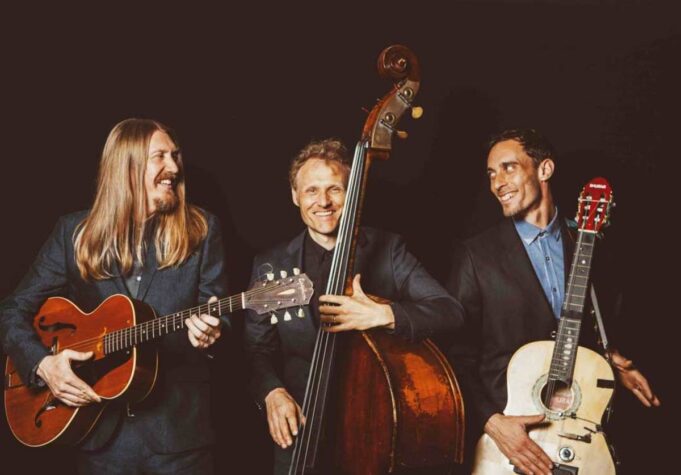 The Wood Brothers are back on the road come September and October. The recently announced three week run will focus heavily on shows in the Southeast and Midwest in a number of cities yet to be visited since the release of their critically acclaimed, Buddy Miller-produced album, The Muse.

A three-piece unit comprised of brothers Oliver and Chris Wood along with multi-instrumentalist Jano Rix, The Wood Brothers’ sound is an amalgam of vintage roots music, drawing equal inspiration from blues, folk, gospel and jazz. Their earthy Americana-based sound is adorned by the brothers’ high and lonesome harmonies, stinging slide guitar lines and floor-stomping rhythms, but at the foundation is exquisite songwriting. Oliver and Chris mine a deep well of lyrical and melodic ideas on songs like “Wastin’ My Mind,” “Neon Tombstone” and “Sing About It,” which led Paste Magazine to declare their latest work “more dynamic than ever.”

Ever since their childhood in Boulder, Colorado, Chris and Oliver were brought up in American roots music. The brothers shared a love of bluesmen such as Jimmy Reed and Lightnin’ Hopkins, but they

Collaborating isn’t something they always knew they would do. Says Oliver of their current working relationship, “We always collaborate. Somebody will write a song and bring it to the table nearly done and we’ll all sort of finish it up. Or more often than not we start songs from the ground up and work on it while were on the road. We’ll write music and add words later or write words and add music later. And it’s very collaborative. ” (Jambase) Oliver cites real life as their inspiration for their lyrics.

With Chris’s history of playing Jazz, and Oliver’s work in southern blues and funk, their current collaboration is very folky. When Jambase asked what brought them to Americana, Oliver said it was all coming from the same roots and influences, that their musical history mixed together was what made /p>

Recent press has lauded the trio as “…three masters of their craft” (American Songwriter) saying that “…the Wood Brothers are setting stages on fire with their soulful sound and expert musicianship” (Los Angeles Times ).  Relix Magazine put it this way- “…you’d be hard-pressed to find any other trio working in roots music right now that could match their limber, musical wit.”

The latest album, The Muse, brings together their penchant for lonesome harmonies and their harkening back to timeless influences.  Acclaim for the album has poured in.  Wood describes the album as “very eclectic,” saying that “‘The Muse’ is very acoustic and lyrical, but then you go the other end of the album, and there’s “Honey Jar,” which is a little more raunchy and raucous with the electric guitar and drums. We have a variety of textures represented on the album. Thematically, I think the songs are all over the place” (Billboard).

Watch The Wood Brothers “The Muse”

Their Summer Tour is now underway and spans the country.  Check out the dates below for a show near you.

September 30 – Indianapolis, IN – The Vogue

Watch The Wood Brothers “Keep Me Around”