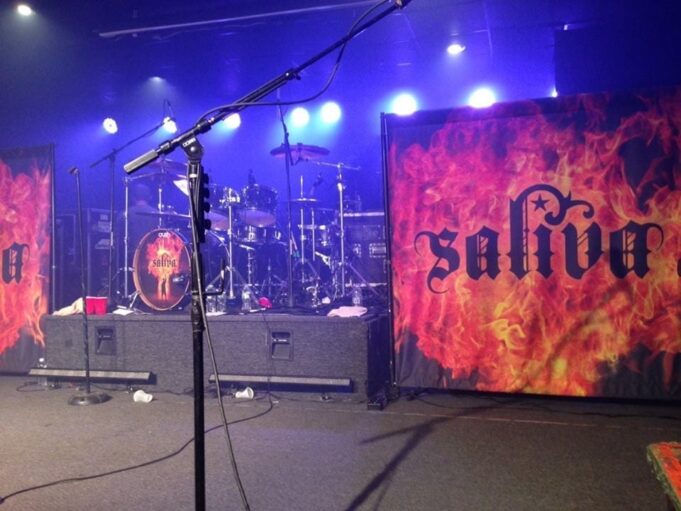 SALIVA SHOW plus Eve to Adam and Sygnal to Noise
The ASYLUM 121 Center St Portland, Maine 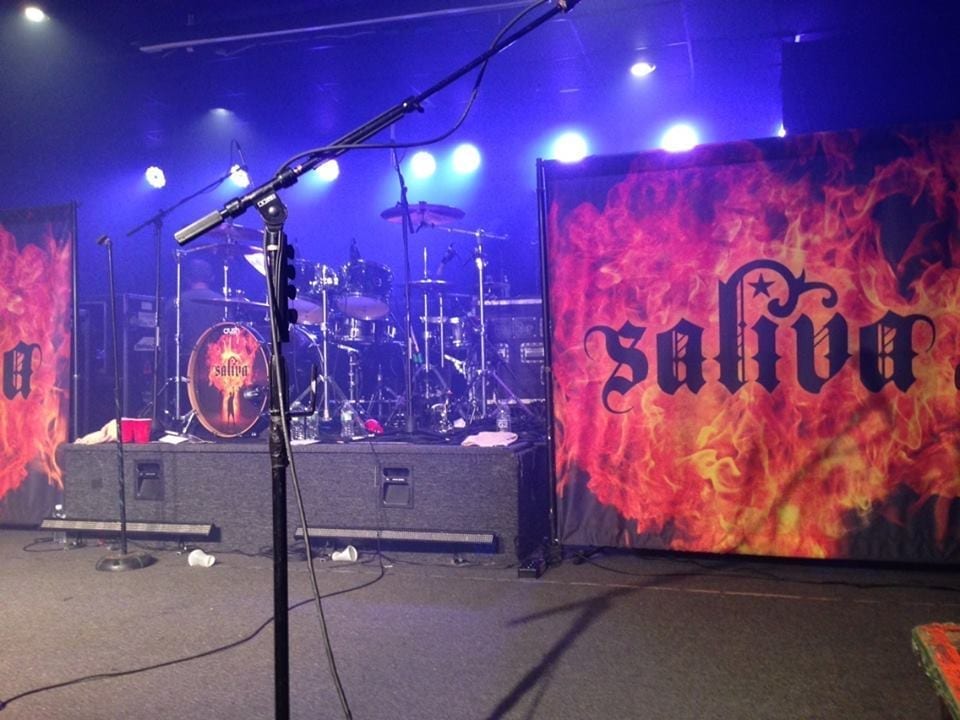 I was shockingly surprised and overwhelmed with joy when Saliva posted Portland, Maine on their Rise-Up tour schedule. This band has been around since 1996 and has a loyal fan following which was evident at this show. I admit, I was not familiar with Saliva until Bobby Amaru took over the front-man position replacing Josey Scott in 2012. I went to the show with Lara Ashli and Addie Masters, who have long been friends with Bobby.  As a result, I have been following Bobby’s career path for the last three years.

One of my favorite Amaru songs is “Last Dance” which he wrote, the video was produced in 2008 and you may notice a familiar face to the left of Bobby…Brad Stewart from Fuel. Taking over the front-man position for an established rock band is a daunting task but with it being Bobby Amaru, it was a perfect choice.

Once the show was announced I made sure I secured tickets as I was concerned that the venue would sell out quickly as Saliva is an arena band. I had never been to the Asylum and admit again, I was skeptical about the venue but drove there with an open mind. I arrived a half hour before the doors opened and found a perfect parking spot near the venue. I was meeting a few people so we decided to see if we could get in from the street level but the doors were still locked so we decided to go to the attached Sports Bar. Once entering the Sports Bar the aroma of food was making me want to grab a quick bite to eat but a line was forming for the entrance to the concert venue so we decided to get in line.

Once in the concert venue I was really impressed with the size (500 people) and the comfy lounge area couches. You can also grab a spot at various chrome chairs and tables scattered near the lounge area or stand in the pit area near the stage. We settled in on the couches and noticed quickly that we would not have a problem with drink lines as they had three bars running. The bathrooms are located on the same level, clean and no waiting. 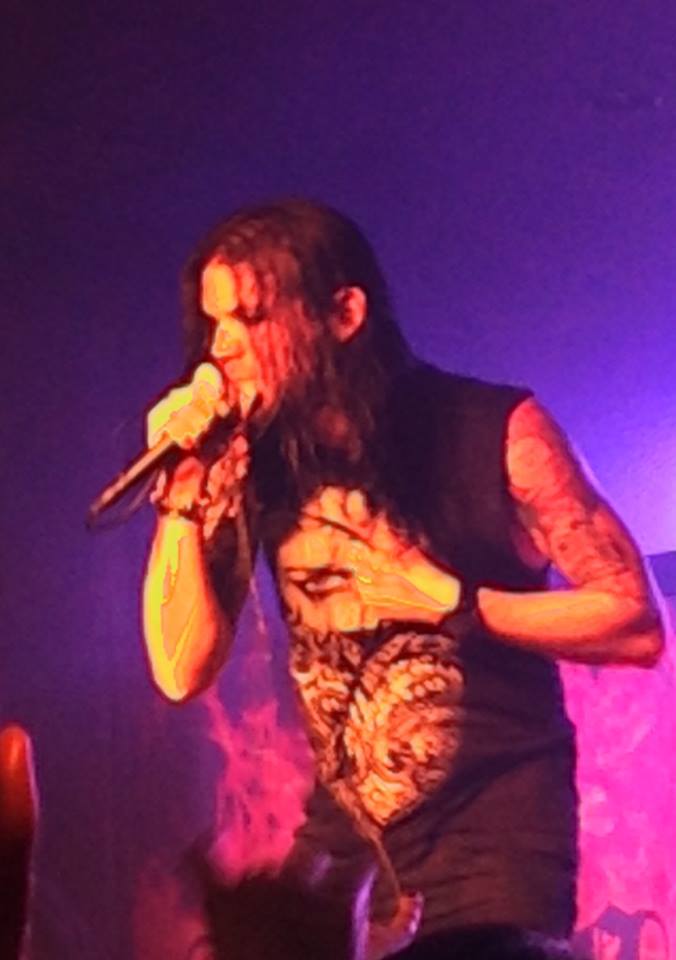 The Saliva show had two opening acts, Eve to Adam and Sygnal to Noise. Sygnal to Noise is a local band and received a thunderous applause as they started off the night. Eve to Adam got the crowd primed for Saliva and the anticipation for the headlining act was growing quickly. My group quickly left our comfy seats and as Saliva took the stage we rushed to the pit area to get as close as possible.

I guess if I have one problem with the venue it would be the pit area, there just was not enough space. The fisting pumping began as they started off with Black and you would never know this band recently parted ways with their lead singer. However, Saliva has been touring for a while with Bobby and the energy he brings has united the band into one bad ass performance by the entire group. The only thing I was anticipating was more songs off their recently released cd Rise-Up (which was released on 04/29/20014) but the crowd could not be more thrilled with their performance of TNT, Click, Click, Boom and Your Disease.

Rise-up, the new track off their new cd was the next to last song followed by Your Disease and the crowd was a little disappointed that the lights came on. Saliva performed twelve songs yet the crowd was yelling for an encore, what they didn’t know is that the band had a show the next day in Michigan. The band graciously signed posters and took pictures after the show.

My group which included people who have know Bobby for a decade talked him and band members a taste of the Old Port. We all walked down to Brian Boru’s, an Irish Bar and had a shot to toast the show along with making new friends. Brian Boru’s has a great deck upstairs and we dragged Bobby upstairs….he was hesitant as he knew the bus would be leaving soon. The crowd upstairs starting recognizing Bobby and it was time for him to leave. They made their next show in Michigan an hour before show time the next day.

Below you will find the set list provided by Nate Jensen who works part-time at the Asylum: 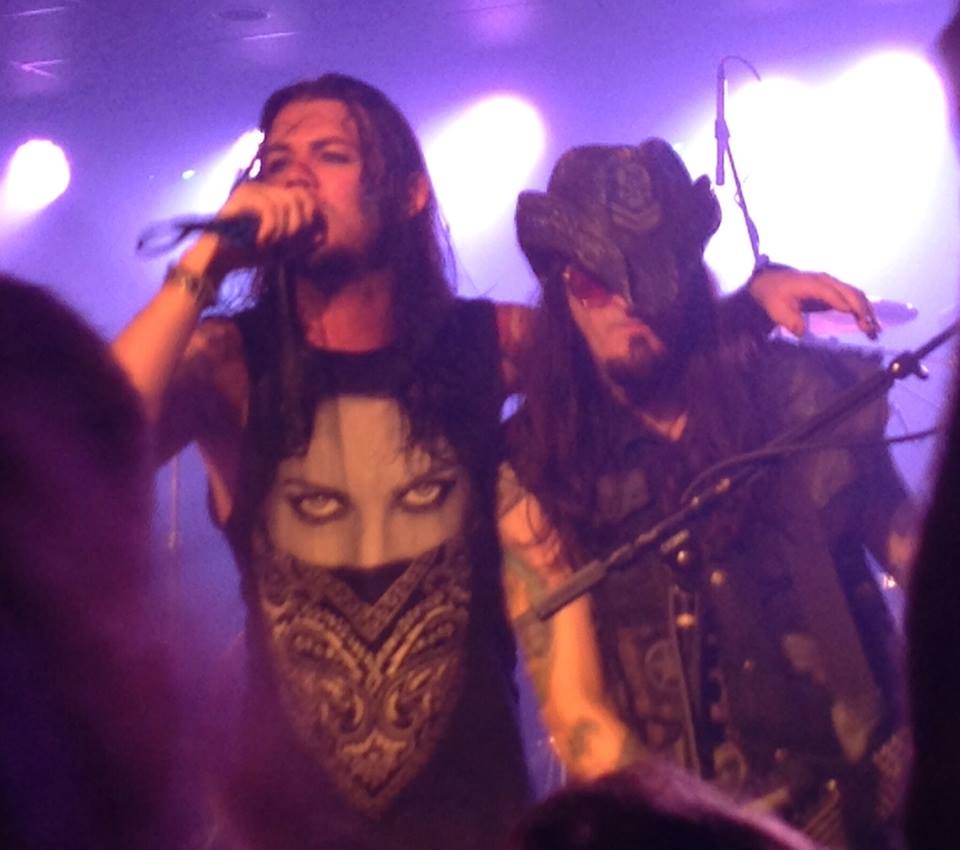 Saliva is back on tour after a short break, I highly suggest you catch a show!