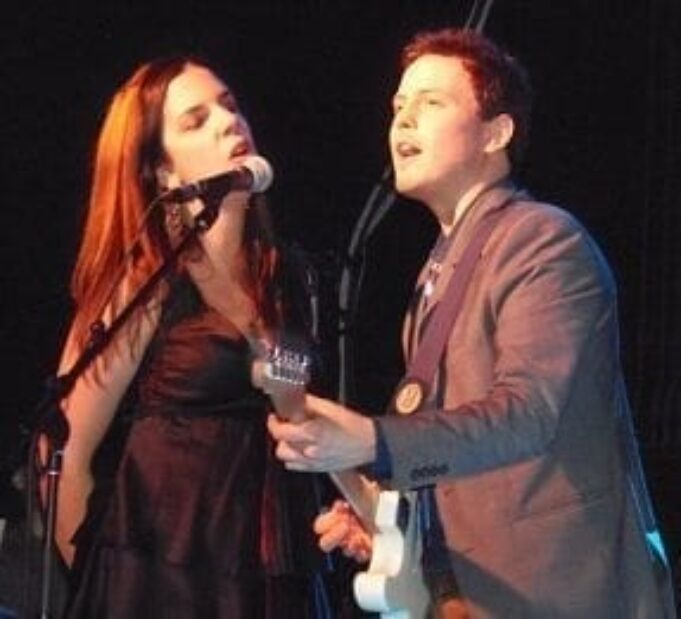 The royalty of Boston’s vibrant Americana scene gathered at the newest castle of live music in the Hub of the Universe, the Sinclair, on February 2, 2014. With two of the bands releasing brand new albums, the night was sure to be a barn burner.

The show opened with a set by New England’s Americana / Alt Country pioneers the Swinging Steaks. We came in late and caught only the last two tunes, but this is clearly a sharp and riveting band.  Crisp and assertive vocals, up front guitar threshing, and a polished yet robust style puts the Steaks on my must see list.  After a short break, we were able to mosey up toward the front of the 400+ capacity venue, and awaited our first glimpse of Sarah Borges.

I’d never seen Borges before, but had caught wind that she and her band have been touring throughout the East with Girls Guns and Glory, so I figured I was in for a quality set. I was not disappointed.  She was celebrating the release of her brand new album Radio Sweetheart, and was in a fine mood, ready to kick some ass and belt out her latest tunes. 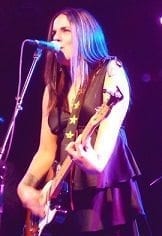 She fired off a good fifteen songs, each clocking in between 3 and 4 minutes, and her confidence and mastery of the material was evident from the get go.  Her vocals have a definitive twang, but the material is fairly straight forward rock delivered with all of the trappings of classic country.  The band has a similar sound to the country recordings by Sheryl Crow, but in general it’s very difficult to compare Sarah Borges to other artists.  The tight rock riffs of her band contain small similarities to everyone from Faces to Joan Jett to Johnny Cash. Borges’ up front vocal style, ass kicking demeanor and guitar slinging and the approach of the band combine to yield a result that is uniquely their own.

At times the band was joined by local songwriter and mandolin player Jimmy Ryan.  I had seen Ryan about five years ago with New England Zoograss stylists, Hot Day at the Zoo.  Tonight though saw Ryan contribute a more traditional sound to both Borges and in his guest appearance with the headliners, Girls Guns and Glory.  Ryan wasn’t the only guest with Sarah, where she called up random folks, including two guys she met at the bar, for a rousing cover of NRBQ It Comes Naturally To Me. Later in the set she called up the rhythm section of Girls Guns and Glory, drummer Josh Kiggans and bassist Paul Dilley, to carry her lead guitar player, Lyle Brewer, around the stage during his searing guitar solo.  Her playful attitude and spit fire nature made her and the band a joy to watch.  For me song highlights included The Waiting and the Worry, Record on Repeat, and the J Geils Band cover, Cry One More Time for You. 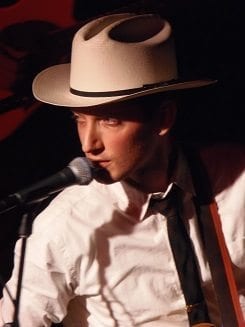 After another short break Girls Guns and Glory took the stage.  They were all looking distinctly natty, and Ward Hayden in particular was dashing in his western attire and white Stetson.  They fired off a smoking hot set that featured mostly material off of their new album Good Luck.  Fresh off of two victories at the Boston Music Awards (Best Vocalist for Hayden and Best Americana Band for the band, bringing their total BMA haul to five over the years) the foursome were poised and confident.  They fired off song after song including Lonesome Train and Snakeskin Belt.  They were joined by Jimmy Ryan who contributed both mandolin and vocals and Hayden took the opportunity to fire off two songs that he had written with Ryan, All the Way Up to Heaven, All the Way Down to Hell, and Night Time. The single off of the new album then came out, Shake Like Jello.

The band then moved back into new material again with Good Luck’s producer Eric “Roscoe” Ambel joining them on stage to contribute vocals and guitar for the next few songs including  Come On Honey.  After a few more tunes, GGG veteran guest Jason Anik came out to lend his skills on violin to the cut Moanin’ the Blues. Inverted Valentine’s classic 667 helped to us toward the end of the set, which concluded with the classic, Johnny B. Goode.

Check out the review of the Old 78 Farm Fall Festival including Girls Guns and Glory’s set here.

This was a perfectly fitting closer to the set.  All three bands were mining a vein of rich music that marks the confluence of old school country and western with the very roots of rock and roll. 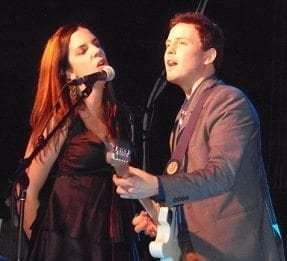 They are certainly not the first miners of this mother lode, and they walk in the steps of everyone from Carl Perkins to Jerry Lee Lewis, Elvis Presley and eventually Graham Parsons, Son Volt and even the Swinging Steaks.  But unlike those later experimenters in sound, both Borges and Girls Guns and Glory are sticking right at the original crossroads of those iconic American styles. It’s like witnessing an incredible yet classic marriage and watching the honeymooner race in their pickup truck down Route 66 through America’s musical heartland.

The encore began with a duet seeing Hayden joined by Borges and GGG for Sonny and Cher’s Baby Please Don’t Go which was surprising in its awesomeness.  Chris Hersch followed up with a Truck Driving Song, and then every musician from the night took the stage.  Much like a Grand Ole Opry show, everyone stood together to sing the Hank Williams spiritual  I Saw the Light which brought a perfect close to a perfect night of music.

Check out that encore duet in the attached video section.

Check out the review of the Old 78 Farm Fall Festival including Girls Guns and Glory’s set here.