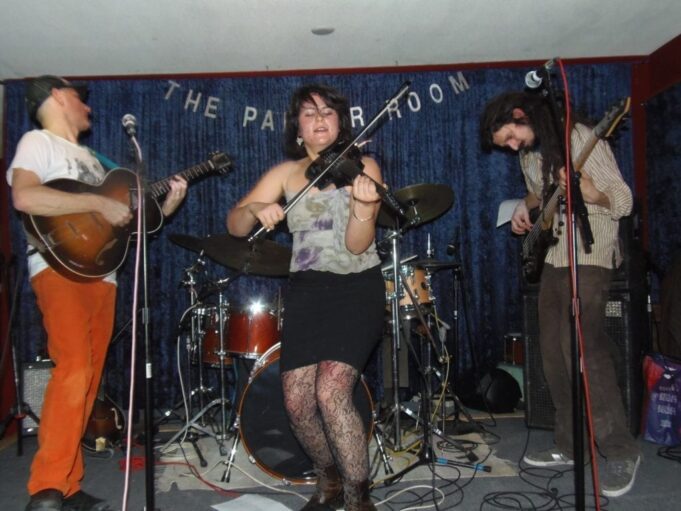 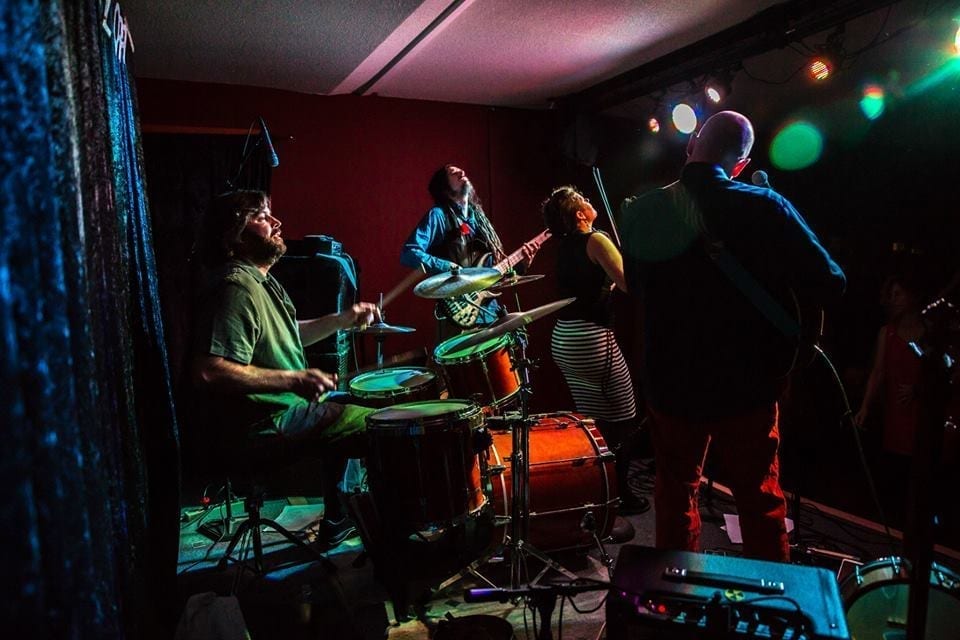 I had been hearing about the Gaslight Tinkers for over a year, as my buddy Garrett Sawyer told me about them. Garrett is the former bass player for the Alchemystics and has been a bit of a musical adventurer with me, having shuttled me down to South America for the Carifesta in Suriname last summer.  So I’m always interested in his ideas and musical journeys.

The Gaslight Tinkers is a new project out of Northampton, MA, and the Parlor Room was the perfect place to see them.  The room holds about 100 people, but it feels more like a house concert than a club.  In a town dominated by the Iron Horse and Pearl Street, the Parlor Room is a great addition to the musical landscape.  It’s the home office of Signature Sounds, a record label that is concentrating on the modern folk and Americana movement who releases albums by Eilen Jewell, Lake Street Dive, Chris Smithers, Patty Larkin, and many others.  The Gaslight Tinkers fit right in for a night of music at this crossroads of modern yet traditional music.

The band consists of Sawyer on the bass, Peter Siegel on guitar and vocals, Zoe Darrow on violin, and Dave Noonan on drums.  Each brings in their own flair.  Sawyer’s dexterous bass work accesses all he learned while he was in the Alchemystics – a hip hop and reggae rock band out of Northampton – and adds on heaping helpings of flavor from all over the globe.  Having played with Caribbean Calypso and Soca King Kurt Allen, Senegalese inspired band, Gohk-Bi System, or the experiences he’s had performing with Contra Dance ensembles throughout New England, Sawyer has a wide pantry of ingredients from which to concoct his rhythmic foundation.

Siegel brings in a deep knowledge of folk music from his experiences performing with Judy Collins and Pete Seeger.  Zoe Darrow is a well known fiddler and clogger who has been noticed for her unique take and talents since the age of four, and has her own ensemble Zoe Darrow and the Fiddleheads who perform Scottish, Irish and Cape Breton fiddle tunes. Noonan’s knowledge from behind the drum kit is evident: he is an ethnomusicologist and has played everything from reggae to jazz to world to klezmer. 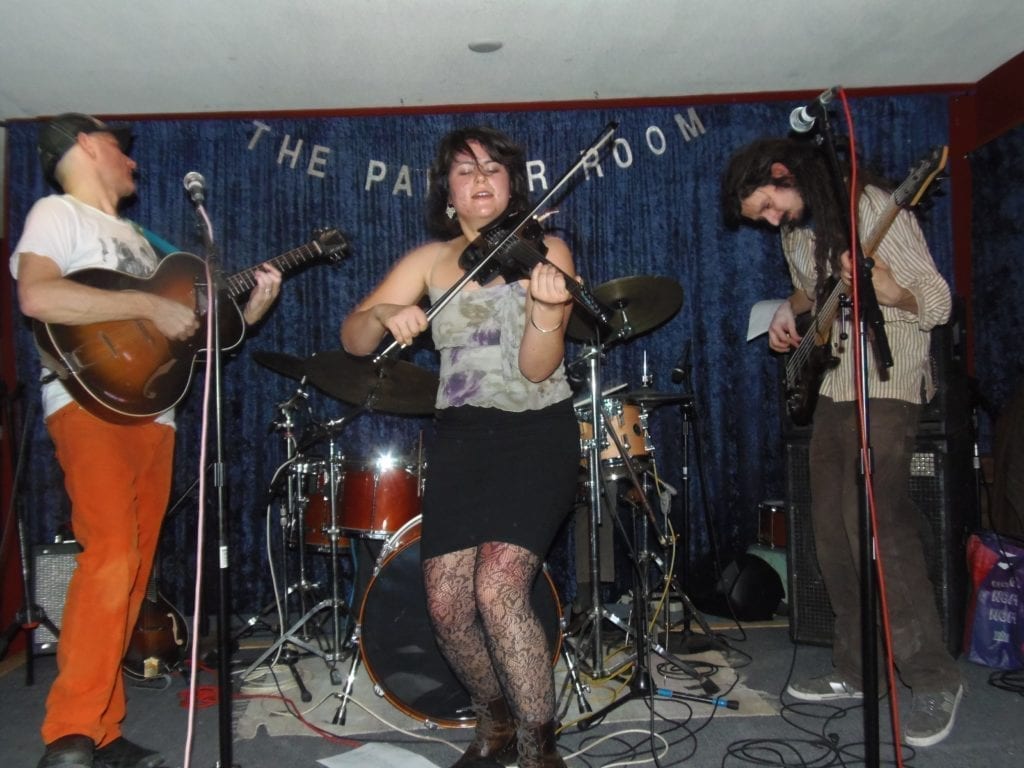 The band’s vast array of influences was on display.  They range from folk to contra dance to world music.  The sound has a gypsy spirit, but isn’t gypsy jazz.  Irish fiddle tunes morph into Seeger-esque folk and back around to traditional music focused through a modern lens.  It’s hard to separate the influences as they have been put into a centrifuge and mixed to an extent where the Tinkers have their own sound for sure.  You get bits and pieces, like chips in a chocolate chunk cookie, but the diversity is wide spread.

The band is certainly new in the relative sense.  They are still getting their own material and their own particular rhythmic sense underneath them.  But their vision is quite clear and ambitious.  The room was packed and they have an audience, and it won’t be long before they are bringing it to the road.