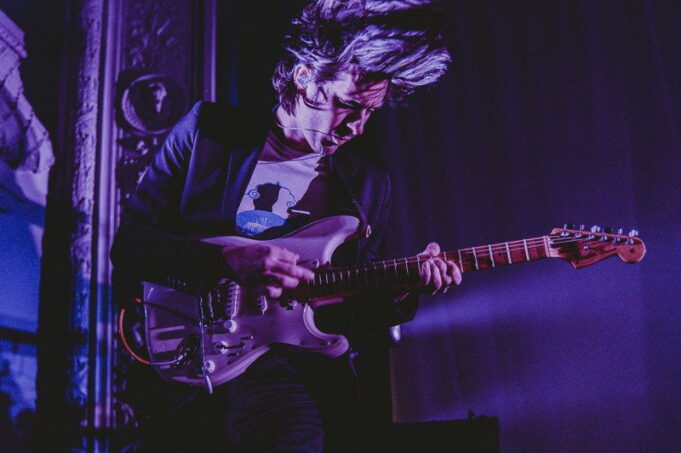 Bad Suns brought their Apocalypse Whenever tour to August Hall in San Francisco on February 5th. The tour is named after their most recent album, which coincidentally came out the first night of their tour on January 28th.

They started the night off strong, performing a new song off their album, “Peachy.” The hall was filled with adoring fans who held various signs that caught the band’s attention throughout the night. Even though most of the songs they played were just released, the crowd already knew most of the lyrics.

The crowd’s favorite song of the night was  “We Move Like The Ocean,” the third and final single from their 2014 debut album Language & Perspective. During the song, the crowd was jumping up and down and living their best life, and Christo, on lead vocals, had to take a moment to say how fucking amazing the group was that night.

You could tell each band member was having a great time on stage playing off of the crowd. And the dark and moody lighting also fit perfectly with the night’s vibe and gave the band a mysterious rock look.

The Apocalypse Whenever tour is set to end in early March, so you still have some time to catch Bad Sense when they come to a city near you, and you don’t want to miss them.

Check out Justine Willard’s full gallery of photos from this show here.