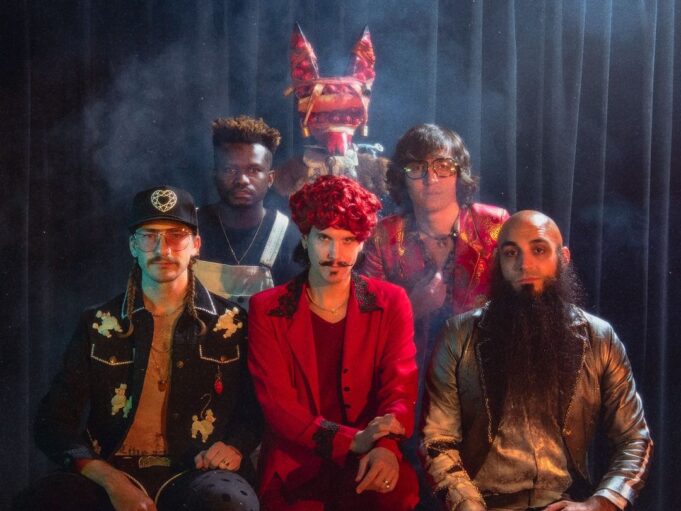 First Live Shows Since 2014! New Album The Heart Behead You out
February 14th, 2022 on EEEOOOAH

Foxy Shazam is known as one of the most dynamic and unpredictable live acts in all of rock music. To celebrate the release of their upcoming record The Heart Behead You on Valentine’s Day 2022, the band will be bringing their legendary show back on the road (for the first time since 2014!) in February.

The eight day Hidden Treasure Tour will kick off with a long-anticipated hometown performance at the ICON Music Center in Cincinnati before weaving its way through the midwest and east coast culminating back in Ohio at the Grog Shop in Cleveland. Along the way, dates will include their triumphant return to major markets such as New York City, Boston, Minneapolis, and Chicago where legends of past shows still echo today. Every night of the Hidden Treasure Tour is sure to be an unforgettable evening with Foxy Shazam and tickets go on sale Friday, October 29th at 10 AM local time.

As frontman Eric Nally puts it: “it’s the Hidden Treasure Tour baby! we are searching for you!”

Set for release on February 14th, 2022 through the band’s own label, EEEOOOAH, The Heart Behead You marks Foxy Shazam’s seventh full-length album. The nine songs on the record each tell a journey through the highs and lows of love, both in a relationship and with oneself. The majority of the album was self-recorded at multi-use space The LodgeKY, just outside their hometown of Cincinnati, OH, where the band built a studio on a stage to track the songs live, with additional production and mixing from James Sáez.