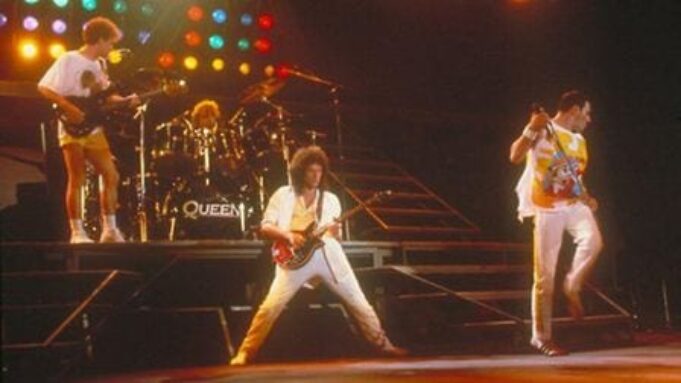 The music of Queen is timeless, and is adored beyond measure by the fans of the band, just like a players’ love for live blackjack online, it just never gets old. The younger generation of fans listen to Queen songs with the same pleasure as from their predecessors, and year after year new fans are created for a band whose time with their famed lead singer ended decades ago. Queen can rightfully be considered one of the greatest bands in rock and roll history, and their continued and resounding success will likely continue through the ages. You can even say that in some parts of the world they are more popular now than during their active creative periods.

The last Queen concert took place on August 9th, 1986. More than 120 thousand people came to see Freddie Mercury and the band and hear his outstanding vocals. The event was open air and the atmosphere was really special.

In July, there were two killer concerts at Wembley. Tickets sold at a breakneck pace. Therefore, it was decided to include one more concert in the tour program. The promoter, Harvey Goldsmith, had booked the Knebworth in advance as he was confident that an additional show would definitely take place.

According to official figures, the concert was attended by 120 thousand people, however, there is information that there were 200 thousand plus there that day. On the evening before the show, thousands of fans camped outside the park entrance.

Queen brought three bands to the stage with them that day: Belouis Some, Big Country, and Status Quo – to warm up the crowd. The audience took Beloius Some’s performance with noticeable coolness, probably because the singer performed without a spark that day.. Status Quo sang their songs well, but failed to provide an inspired performance. It was clear that they were not concentrating on this concert. As it turned out, they were already expected in another place and they were in a hurry to get on the road, and it sounded that way.

Big Country were very famous in the mid 80’s, having gained popularity from MTv and their hit In A Big Country. They performed very well that day. They managed to combine the sound of the guitars in such a way that it began to resemble the sound of bagpipes. It was interesting and unusual music and illustrated their ability to take the music of their Scottish ancestry and meld it with 1980s pop:

In between performers, there were videos and clips shown on the big screen, including videos from the band Thin Lizzy. The screenings were staged in honor of Thin Lizzy’s vocalist and bassist, Phil Lynott, who died on January 4, 1986.

Queen arrived at the park by helicopter and fired off an incendiary two-hour set. People were really rocked, and they sincerely and loudly shouted in glee at the band’s performance. Mercury himself radiated energy, positivity, and a willingness to create a quality show for the fans of the group. Later, his partner said that then Freddie did not yet know that he was infected with HIV. The fatal diagnosis was announced to him in 1987.

On that day, Queen was:

Set list: Seven Seas Of Rhye, A Kind Of Magic, Under Pressure, Another One Bites The Dust, Who Wants To Live Forever, I Want To Break Free, Now I’m Here, Love Of My Life, Bohemian Rhapsody, Hammer To Fall, Crazy Little Thing Called Love, Radio Ga Ga, We Will Rock You, We Are The Champions and more.

At the end of the concert, Freddie Mercury performed “God Save the Queen”. The presentation and the performance itself were sincere and emotional. It penetrated me, and I experienced some special emotions. Freddie came out, as usual on the Magic Tour, in his robes and crown in hand, saying goodbye to the audience. If anyone had any idea that the show in Knebworth would be their last, then, of course, they felt left like royalty.

In the words of guitarist Brian May: “Freddie said something like, ‘God, I can’t take it anymore, my whole body is in pain! But he often said things like that at the end of the tour, so we didn’t took take it seriously.” But it really was the end. The end of the greatest group, in the original lineup usual composition for us with its own frantic energy and immortal music.