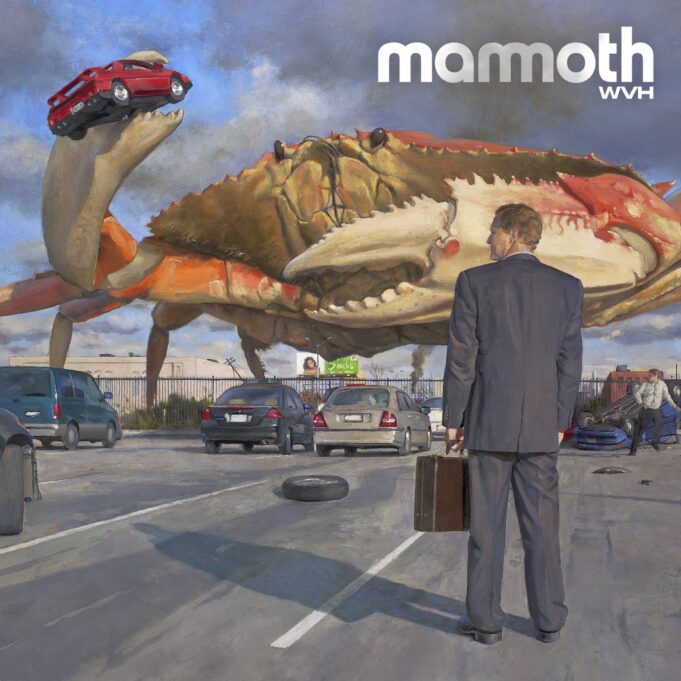 Here at LMNR headquarters, we are super digging the new music coming out of MammothWVH. Wolfgang Van Halen is carrying on the family name with dignity- not going down the same well worn paths of his famous father and uncle, but breaking trail with his own sensibilities. It’s well worth a listen.

(New York, NY) – Continuing to build upon the release of the tracks “Don’t Back Down” and “Think It Over” last month, Mammoth WVH is releasing another track from the album for fans. “Feel” is the fifth song to be released from the upcoming debut album from Wolfgang Van Halen. The song is an up-tempo rocker that further showcases the multiple styles fans can expect from the Mammoth WVH debut album. The music pulses along as Wolfgang sings the relationship warning “And I feel like something’s wrong.” The song is available via all digital service providers today and fans that pre-order the record digitally will get an instant download of the song along with the previously released “Distance,” “You’re To Blame,” Don’t Back Down” and “Think It Over.”

The long-awaited, self-titled debut album from Mammoth WVH will be available worldwide on June 11th via EX1 Records/ Explorer1 Music Group. A pre-order for Mammoth WVH in various configurations – including a recently announced limited orange color vinyl available via the band’s online store – can be found here: https://found.ee/MammothWVH.

On the heels of “Distance” reaching #1 at Active Rock radio, Mammoth WVH’s latest single “Don’t Back Down” is currently Top 25 at Active Rock radio in the United States in less than a month and was the #2 Greatest Gainer this week. The video for “Don’t Back Down” reached over 1 million views the week it was released and continues to grow. The video for the song showcases Wolfgang Van Halen performing the song on all of the instruments – something he did throughout the entire debut album. It also illustrates his lighthearted side that fans following him on social media have already experienced.

Writing all of the songs and performing all of the instrumentation and vocals for the debut album, Wolfgang Van Halen set out to establish his own musical identity. From the rocking opening guitar riff on album opener “Mr. Ed” to the driving bass and drums on album closer “Stone,” Mammoth WVH showcases the various musical influences that have inspired Wolfgang. Songs like “Resolve,” “The Big Picture” and “Think It Over” are all sonically different from each other but unique to what Mammoth WVHis. Mammoth WVH made their television performance debuts of the first single “Distance” last month as an electric performance on Jimmy Kimmel Live!

First impressions last a lifetime. Wolfgang Van Halen has prepared a lifetime to make his first impression with his solo band Mammoth WVH. The songwriter, vocalist, and multi-instrumentalist worked tirelessly on material that would become his debut album – scheduled for release in 2021 via EX1 Records as a part of his partnership with Explorer1 Music Group. Playing every instrument and singing each and every note, his music presents a personal and powerful perspective, balancing memorable hooks and tight technicality. As many times as audiences have experienced his talent alongside the likes of Tremonti, Clint Lowery, and of course, Van Halen, Wolfgang prepares to step into the spotlight with his own brand – Mammoth WVH – for the very first time now.