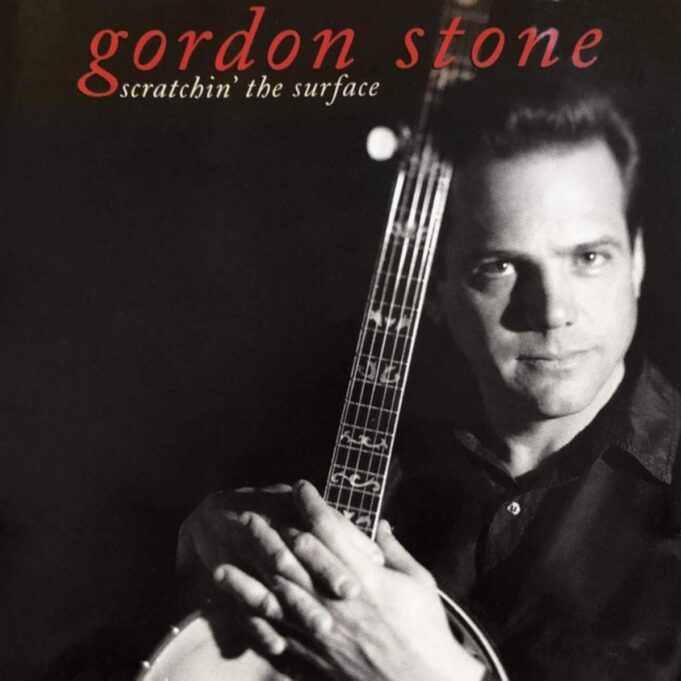 We are so sorry to report on the passing of banjo and pedal steel player Gordon Stone. Reports of his passing surface in the morning of July 12, 2020.

Stone gained prominence in the jam band scene appearing on the song “Fast Enough for You” by Phish. Stone released a half dozen albums between 1995 and 2009 including releases on Alcazar, Home Grown Music Network, and Jeezum Crow records. He also was in Al and the Transamericans which also featured Al Schnier of moe and members of Strangefolk and more.

He had spent the majority of his career and life living in Waterbury, Vermont. In 2004 Stone won a regional Emmy Award for his work with Vermont Public television. He received the Emmy award for Outstanding Achievement in Music Composition for his work on the series “Windy Acres.”

This message appeared on his facebook page this morning, “Hi friends, it is with great sadness that I have to share the news of Gordon’s passing. For those who knew him, played with him, or just enjoyed his music understood how truly gifted and talented he was.

He left us a beautiful gift in the form of his music.

We will all feel this loss deeply but hopefully we can also feel comfort in knowing he is now at peace.

I will miss my partner in life. He was like no other. I am grateful for the time we had together on this earth. Rest now.

There will be a private social distancing gathering for close friends and family at some point soon.

Light a candle, say a prayer, smile, play Gordons tunes and send him love for his journey.

Thank you all for friendships and musicianship.”

From Phish.net “Banjo and pedal steel player Gordon Stone can be found touring with his very own Gordon Stone Band. The band, originally known as the Gordon Stone Trio, featured Stone, along with mandolin player Jamie Masefield and bassist Stacy Starkweather, both known for their work in Jazz Mandolin Project. The later addition of drummer Russ Lawton (whom Phish fans also know as the drummer in Trey’s solo band) prompted the band’s name change. The Gordon Stone Band has played at a few of Phish’s festivals including The Clifford Ball, The Great Went and Lemonwheel. The Gannett Press acclaimed a recent release – Even with the Odds – as “instrumental album of the year.”

In 1992, Gordon Stone got a call from Mike Gordon, requesting banjo lessons. Mike had seen him play bluegrass at clubs around Burlington. While Phish was recording A Picture of Nectar, Stone again received a call from Mike inviting him play banjo and pedal steel guitar on “Poor Heart.” Stone can also be heard playing pedal steel on “Fast Enough for You,” from Rift. In addition, in 2001 his band contributed a cover of “Runaway Jim” to the Phish tribute album Sharin’ in the Groove: Celebrating the Music of Phish. In 2003, Stone and Lawton appeared on Mike’s solo album, Inside In.
In November of 1992, Stone joined Phish on stage at St. Michael’s College, where he added some pedal steel to “Fast Enough for You.” He would again join them in 1993 in Stowe, VT with his banjo on “Paul and Silas,” “TMWSIY” and “Rocky Top.” Mike sat in with Stone’s bands on 3/5/95, 10/1/96 and 10/3/96; Fishman did so on 10/3/96, 1/20/97, 1/25/97 and 5/24/01. Mike, Stone, Scott Murawski and Greg DeGuglielmo performed as “The Drop Caps” on 1/25/97 at the Ann Arbor Folk Festival. On 5/3/00, Mike, Stone, Lawton, Vassar Clements, and Doug Perkins collaborated for a bluegrass jam session at Middlebury College. And on 5/31/03, Stone sat in with Grappa Boom, Mike’s trio with Masefield and Perkins.”

Stone was a special guest of numerous bands who wanted to feel the magic of his playing live, and to share that magic with their audience.

Messages have been posted with musicians and fans sharing their sadness at the news of his passing:

Jeff Salisbury, “In memory of Gordon Stone: I loved playing with you over many years, in many environments. Scratching the Surface was our first album, down in Northfield at Longfellow’s studio; the drives to and from were memorable as well. Nancy Beaven, Nicky & the Nightboys, Hunt’s, Nector’s, Breadloaf, Jimmy Ryan, The Decentz, Zzebra, the X-RAYS, and all of our musical friends. Thanks for helping me out when we lived together out in your home in the delta in the far reaches of North Avenue Extension; a true gift from you to me, prior to my last move to CA. Thanks for including me in your lineup for the Southwind project as well. Your brilliant, inquisitive mind and musicianship will stay with me. I’m sorry we will play no more.”

Brian O’Connell (Uncle Sammy, Gordon Stone Band, Steal Your Peach) “Very sad to hear of the passing of a great musician and wonderful man, Gordon Stone. I played with him for a short time around 2003-2004, but we did a lot of gigs over that period. He was an incredibly gifted banjo and pedal steel player who transcended musical genres. His compositions were unique and creative, I just loved playing his music. We had many great talks in our long drives to gigs about life, politics, music, Buddhism, philosophy, etc. I had chatted with him online briefly last year and we talked about playing again. RIP Gordon Stone.”

Drop us a line at [email protected] with your live music news, review, or concert memory.