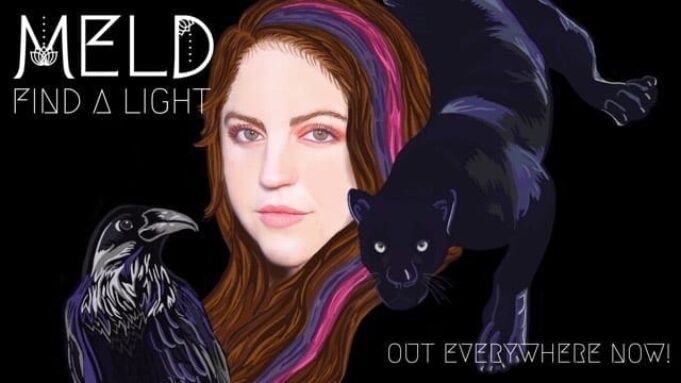 MELD reflects on the ‘Miracle’ delivered by the Deadhead community.

As fireworks cast light across the night sky this past Saturday, Nashville singer-songwriter, Melanie Dewey aka MELD was saying a prayer of love and light for her father, Christopher, who would pass away that evening. Christopher had been battling stage IV cancer and was told by his doctors that June 24th, 2020 would be his last birthday. Melanie and Christopher shared a deep love for music, especially the music of the Grateful Dead. So, in an effort to find a ‘miracle’ for her dad, Melanie reached out to the Deadhead community, asking for a 50th birthday shout-out from Bob Weir and John Mayer. And, according to the singer, “The gang delivered!”

After requesting support from a Nashville Industry Women Facebook group, Melanie also contacted her old mentor from the University of Miami, Rey Sanchez, who put Melanie into contact with Bruce Hornsby. Melanie received word back from Hornsby the same day, telling her that his manager would be sending her request on to the “core four”. Along with Bruce’s helping hand, the Dean of the University of Miami’s Frost School of Music, Shelly Berg, forwarded Melanie’s request directly to Bob Weir.

The next morning, Melanie began to receive a barrage of messages regarding the Happy Birthday message that Bob Weir tweeted @MELDmusic. Christopher was blown away by Bobby’s birthday tweet and was brought to tears of joy when Melanie surprised him, yet again, later than evening. After the food, family, friends, and fun surrounding Christopher’s birthday began to wind down, Melanie received an email which read, “Hi Melanie. You don’t know me, but my name is [undisclosed] and I’m a friend of a friend of a friend. Your request got sent to me and I was able to get this for you…” Attached to the email was a touching video from John Mayer in which he wishes Christopher a Happy 50th Birthday and promises to keep looking for a ‘miracle’ for him.

In response to the fulfillment of Christopher’s birthday ‘miracle’, Melanie said, “More than anything, this experience reminded me that the entire Deadhead community is as strong as ever, and truly one of the best; full of some of the most genuine and kind people in the world.”

And just as Melanie recognizes the Deadhead community for helping her navigate the darkness to find a light for her dad, she recognizes that same loving strength and ferocity within herself. As MELD expresses in her song, “Find a Light”: ‘If you’re gonna pull me in the night/ know that my love will always find a light’.

‘Time With You’ is the new release by MELD and it will be out on July 17th.

MELD’s music can be described as cinematic R&B, with undertones of Jam and Electronica. Her “vocal runs and sultry sound” have been compared by Nashville songwriter Bruce Miller (Dixie Chicks, Reba McEntire, and Rascall Flatts,) to that of Rihanna. MELD draws inspiration from powerful female performers and songwriters such as Nai Palm from Haitus Kaiyote, Susan Tedeschi, Stevie Nicks, Janis Joplin, and Kalmia Traver from Rubblebucket.

A Nashville-based musical act just under one year old, MELD and her 6-piece band have already played events such as Nashville’s Music City Big Break on Cannery Row (October of 2016,) The Happening at Bearded Iris Brewery in West Nashville (September 2016,) and Summer Jam Finale/Whatchakalooza at Harp & Fiddle Nashville in late summer 2016. They’ve also played well-known Nashville venues such as The Basement, The Country, The High Watt, Mercy Lounge, Mad Donna’s, and more.

In previous solo projects, MELD (Melanie Dewey,) has had the opportunity to share the stage with songwriters Maggie Rose, Teddy Geiger, and jam bands Zoogma, and Brothers Past. Other accolades and accomplishments that came from MELD’s previous years of songwriting include: A top 12 finalist spot in the 2013 annual Bruce Hornsby Songwriter’s showcase for her original song “Why We Cry,” and a 7th place slot out of thousands in the 2013-2014 Grammy U amplifier competition.

Drop us a line with your live music news, show review, or concert memory at [email protected]