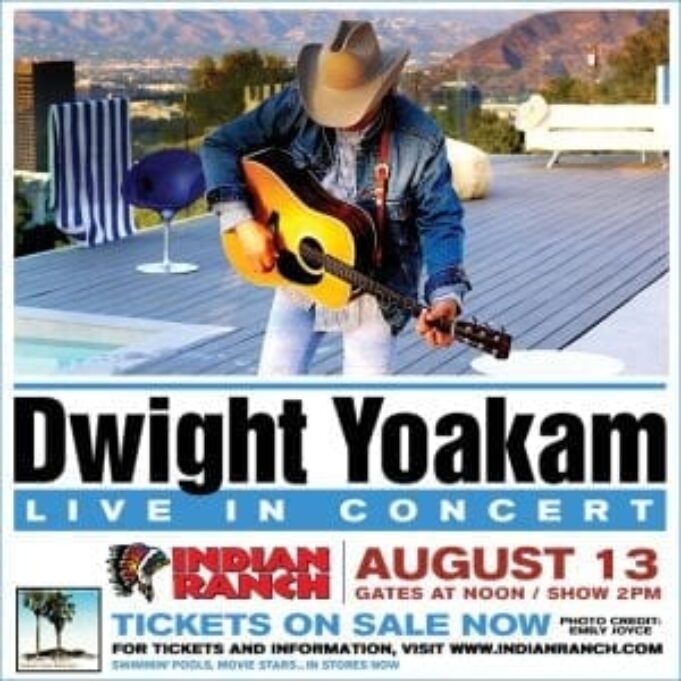 Dwight Yoakam generated a lot of interest in the rock press when he appeared on the scene in 1986. Since then, he has garnered a huge fan base from both country and rock fans. His appearance at Indian Ranch in Webster, MA was welcomed by all including the Nashville based warm up band the Blackfoot Gypsies who started the show with songs from their CD, “To The Top.”

Pure Rock ‘n’ Roll vision made for a free-wheeling opener set. Their four piece was exhilarating at times with Matthew Paige’s urgent vocals out front on “Everybody’s Watching.” Their dark humor on “Lying Through Your Teeth (until you hit the grave) made for loving fun. Uniquely, their harmonica player Ollie Dogg whistled like a bird into the microphone for added peculiarity.

“Streets of Bakersfield” had fans singing as they swayed to the cool country sound. He revved it up with a cover of “Little Sister.” He performed a great tribute to Merle Haggard including the classic “Mama Tried.” His crack band was adept at accompanying him on “Turn It On, Turn It Up and Turn It Loose” as he danced his signature stage moves in cowboy hat, jean jacket, tight jeans and boots.

In true fashion, “Honky Tonk Man” turned the Ranch into a party. Like a renegade, Yoakam courted the audience with his 90’s hit “A Thousand Miles From Nowhere” from the CD “This Time.” Rockers and country folk sang together on “Guitars, Cadillacs.” Yoakam has been as much an innovator as a throwback. The fun of “Fast As You” triggered strong emotion in the audience ranks for the closer.

He encored with a lean and mean version of “Suspicious Minds” with the lead guitar of Eugene Edwards which rang through the warm Central, Massachusetts summer night!

This video is from Yoakam’s 2019 appearance at the same venue:

Streets of Bakersfield (Buck Owens and His Buckaroos cover)

Turn It On, Turn It Up, Turn Me Loose

The Heart That You Own

If There Was a Way

A Thousand Miles From Nowhere

It Only Hurts When I Cry