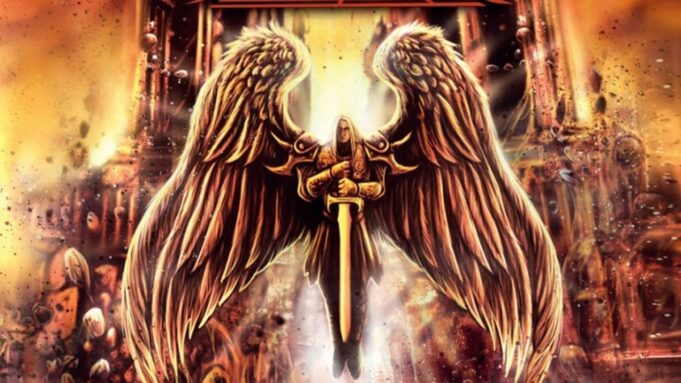 New York power metallers LOST LEGACY have released their latest lyric video for ‘Will You Remember’  in support of their new album “In The Name of Freedom” due out March 20, 2020 via Pure Steel Records. The track mixes power metal and thrash into an exciting tune that delivers great guitar riffs and amazing guitar solos from both guitarists along with showcasing vocalist Dave Franco’s range.

“This song has an early “Fates Warning” vibe that is followed by a thrash style riff that is fast and furious. This song features a twin lead guitar attack that shows Jorge’s melodic style and Scott’s shred fest that will excite the guitar fan listeners. This is another song that Dave shows his range and fire with his inspired performance.”

Featuring forty-six minutes of pure metal, LOST LEGACY‘s sophomore release is a concept album serving as an act II to their debut full length, which was inspired by the tragedy of 9/11.

“The concept of ‘In The Name of Freedom’ is our way to thank our men and women of the armed forces for their sacrifice. It’s not about glorifying war, but these gallant people give so much and are often forgotten.”

LOST LEGACY has been around since 1998 and their dedication to their craft shows. Having four excellent musicians and a vocalist that can play guitar and write riffs makes for a plethora of ideas. With Franco’s vocal capacity and range, it has transformed them to write music that enhances his vocal performances and gives the band the freedom to play intellectual metal.

LOST LEGACY discusses their expectations of the album:

“We believe that this album is a genuine representation of how we sound in a live setting. We take great pride in putting on a great show and when we approached this record, we wanted to have a live band feeling. Our fans will be pleased with the songs, the sound, and the production. The music has catchy guitar-driven riffs and soaring vocals. We promise it will deliver great energy and inspiration to fans of classic power metal.”

In additional news, LOST LEGACY will be hitting the road for show dates with Whiplash, Doro and Flotsam and Jetsam this coming April and May.

Lost Legacy was founded in 1998 in The Bronx, New York and has gained the reputation of a power metal band known for playing melodic music with an attitude. Both classic and modern, Lost Legacy combines lyrical messages that are positive and uplifting with strong vocal performances from Dave Franco.

With decades of experience, Lost Legacy has always had a heavy sound performed by excellent musicians. Lost Legacy brings an assault of aggressive guitars, melodic riffs and a classic sound that brings together all the elements and tradition of power metal and thrash. With an abundance of energy and they put their heart and soul into each show. Although very focused on power metal, the music has a lot of nuances that give each song a different feel and the crowd is kept on their toes with rhythm changes, tempo changes and melodies that stick.