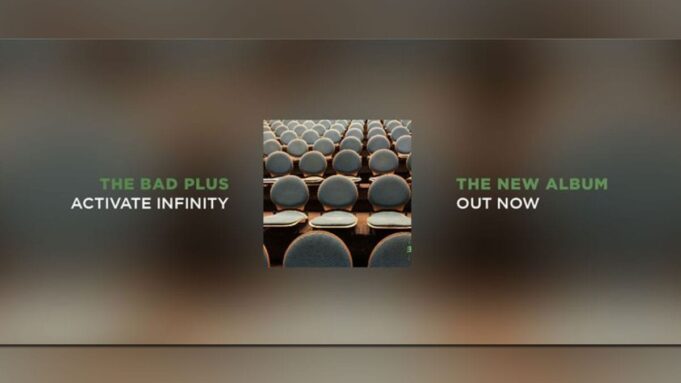 The upcoming dates follow last year’s arrival of ACTIVATE INFINITY, the second album from The Bad Plus since Evans joined the group in 2018. Produced by The Bad Plus and engineered and mixed by Andy Taub at NYC’s Brooklyn Recording in May 2019, the album is available everywhere now via the independent British label, Edition Records.

With ACTIVATE INFINITY, The Bad Plus has produced one of their finest and most original albums to date, group music played with vigor, vibrant imagination, and a scrupulous commitment to democratic vision. For almost two decades, the trio has played with spirit and adventure, making their own rules with a bold sense of creativity and intent. In 2018, The Bad Plus announced a radical change in its lineup by bringing the gifted pianist Orrin Evans into the group alongside founding members Anderson and King.

The inclusion of Evans into their ranks instigated a new wave of excitement within the band, fully re-energizing their distinctive sound and idiosyncratic imagination. The Bad Plus kick-started their new era with 2018’s NEVER STOP II, earning global acclaim while also electrifying their worldwide fan following. The self-released album saw the trio refocusing and redefining their trajectory, miraculously growing new roots while remaining true to their original identity.