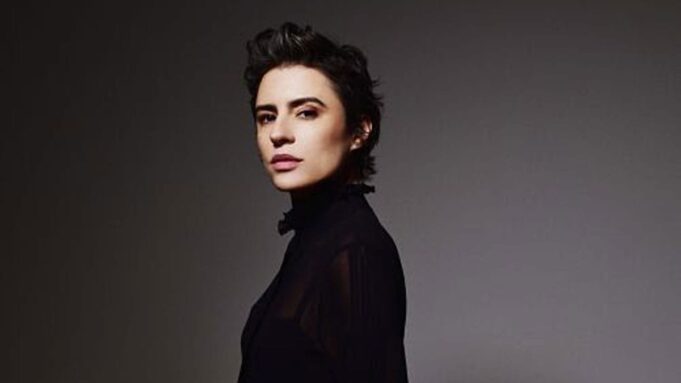 Medication Off Forthcoming Studio Album, If You Can’t Say Anything Nice… April 17, 2020

Leslie Mendelson has released “Medication,” the second single from the singer/songwriter’s upcoming studio album, ‘If You Can’t Say Anything Nice…’ due April 17 via Royal Potato Family. A haunting, piano ballad, Mendelson examines the pain and conflict caused by pharmaceutical addiction to those around her and even in her own life at times.

“I had a friend who struggled with anti-depressants for a long time. It eventually got so bad that she took her own life. It was a devastating loss,” explains Mendelson. “There are so many people dealing with this struggle, myself at times included. We are all trying to find a balance.”

“Medication” is one of several songs on the new 10-track collection that are a reaction to these all too dark days. “Would You Give Up Your Gun?” removes the politics from the gun rights debate to pose a stark question based solely on one’s humanity. “I Need Something To Care About” is a plea to rise above numbing depression caused by over exposure to media. The title track is a blast of old school downtown NYC attitude and garage rock swagger that can be interpreted in a number of ways, not least of which a directive to politicians, social media trolls, fellow artists and even herself. “Lay It All On Me,” a love song at its core, also can’t escape the pressure of the ever encroaching modern world as the narrator looks to absorb the pain of a withering lover.

Leslie Mendelson has released two prior albums, including her Grammy Award-nominated debut, ‘Swan Feathers.’ The first collection exhibited a production sheen she opted to strip away on her predominately acoustic sophomore effort, ‘Love & Murder.’ Conceptually, her latest, ‘If You Can’t Say Anything Nice…’ was largely inspired by John Lennon’s ‘Plastic Ono Band’ with its lo-fi, no-frills guitar, piano, bass and drums approach.

“The best time to make a rock n’ roll record is when you’re broke and pissed off,” says Mendelson. “We had started and stopped recording on a handful of occasions, trying to figure out how to make the album on a small budget, but also without making another folk-leaning record like ‘Love & Murder.’ Around this same time, I had rediscovered and fallen in love all over again with John Lennon’s ‘Plastic Ono Band,’ and it instantly provided a road map for moving forward.”

In 2019, Leslie and longtime writing partner Steve McEwan collaborated with Jackson Browne to write and record the striking composition “A Human Touch” that was featured in the documentary film, ‘5B,’ about the San Francisco General Hospital AIDS ward during the early ’80s. Jackson and Leslie performed the song together at The Beacon Theatre in NYC in June, as well as, throughout his West Coast summer tour. Leslie was also invited to open for The Who twice last year at Madison Square Garden. In May, she tours with Jackie Greene, while headline dates will be announced shortly.