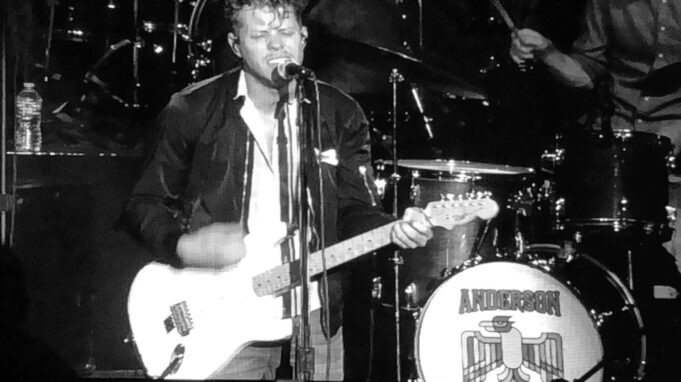 Being an opening act is an especially daunting task when trying to win an audience over when they are there to see the show headliner. But Anderson East did what most openers can’t: going above and above expectations and totally defying them. The native Alabamian, now Nashville, Tennessee roots rocker, easily converted hundred of concertgoers into true, devoted fans at a recent show at The Greek Theater in Los Angeles, CA on September 27th.

His explosive short set was marked by his expansive vocal range that ran the gamut and depth of emotions when he belted out every song with raw passion and urgency that felt like a sonic eruption of feelings and vulnerability.

East has an intense, smoldering presence onstage. There’s a familiarity to his burnished, raspy voice and searing delivery that clearly echoes what can only be called a sum of his influences (blues and soul) but Anderson managed to make the music and sound all his own.

Check out Harriet Kaplan’s review of The Revivalists show that same night at the Greek here.

East was supported by his excellent and dynamic band. The curly-haired singer /songwriter/guitarist’s highly-charged performance was punctuated by many screams from the crowd.

One man in the audience was so beside himself, clearly taken and swept away by East, he shouted out loud: “I love you Anderson East, you are so good and sexy!” Baring one’s soul and wearing your heart on your sleeve are some of the hallmarks of great artistry if done with originality and from a place of genuine honesty. East is right up with his contemporaries based on his talent for vivid, direct and visceral songwriting.

Check out Harriet Kaplan’s review of The Revivalists show that same night at the Greek here.