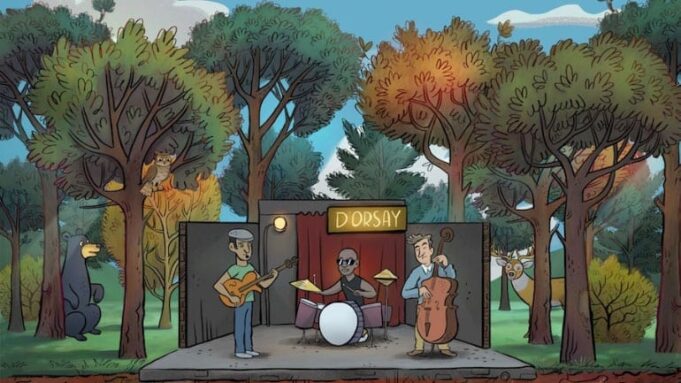 The day-long event (1pm-11pm) is a Western Mass love-letter to New York City’s creative international music scene. The culturally curious lineup features ten bands and as many genres of music from around the world. Food trucks, craft breweries, pop-up theater performances, scavenger hunts, and art installations will inhabit an idyllic twelve-acre farm where festival-goers will traverse rolling fields, riverbanks, gardens, and woodland trails. A second stage will be situated on the shady slope of an enchanting walnut glen.

The inaugural lineup is a veritable buffet of musical flavors from around the world: Afrobeat, Balkan brass, psychedelic cumbia, Ethiopian groove, Afropop, gypsy swing, jazz/blues twang, klezmer, Brazilian samba, and yet harder-to-define sounds as well. What stands out is how significant some of the acts have been in their particular genres:

This is no accident. Barbès, the tiny bar in Park Slope, has been called a “cultural phenomenon” by the Christian Science Monitor for leading the charge in NYC for authentic, non-commercial music from everywhere. The bar’s owner, Olivier Conan, is himself responsible for reviving psychedelic/Peruvian cumbia around the world with his band Chicha Libre.

So this festival, like the Park Slope bar, is no casual assembly of artists. The line-up of culture-creators represents an earnest exploration of global musical genres and their transliteration into the North American musical bloodstream by way of the New York islands. And while this has always been Barbès’s MO in New York City, it’s a new and exciting proposition for Western Mass. Round-trip bus service from Park Slope will give Brooklynites an opportunity to get out of the city, check out some trees and rivers, and hang with New England’s enthusiastic live music audience.

“It’s the best of both worlds,” says World Music Collider founder Edo Mor. “Here are some of the finest bands from Brooklyn’s global music scene, dropped into one of the most beautiful New England landscapes that we’ve ever seen. Even for Western Mass, the spot is somewhat Edenic.”

The Location
The Lynch & Garvin property (27 Center Street, Montague, MA), formerly the Bartlett Farm, is a twelve-acre expanse of fields, forest, and river abutting the Sawmill Conservation Area. Beyond a central meadow, there is a natural wonderland of trails, groves, and sitting areas along a bend in the Sawmill River. Montague, not far south of the VT border, is often overlooked by New Yorkers escaping the city but it is just as beautiful.

About Laudable Productions
Laudable Productions is a creative agency based in Western, Massachusetts that presents several festivals and year-round concert series including Millpond.live and the World Music Collider. With a reputation for combining diverse musical traditions in unusual settings, the company focuses on creating unique opportunities to bring people together through music.