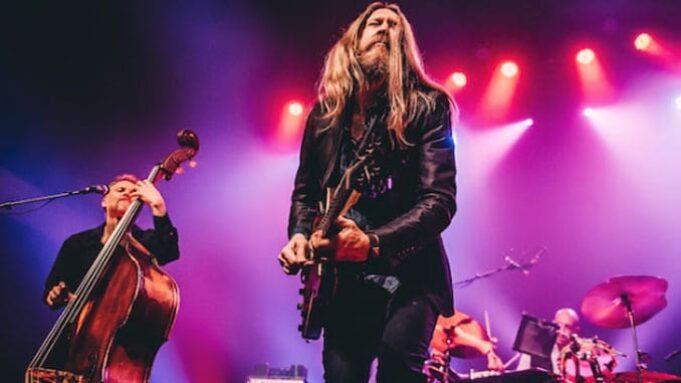 The Wood Brothers have announced Fall 2019 tour dates. The 14-show run focuses on the Midwest and Texas beginning in November and concluding in December, including stops at Taft Theatre  in Cincinnati, OH, The Pageant in St. Louis, MO and The Paramount Theatre in Austin, TX. Artist pre-sale tickets for the tour go on-sale Wednesday, June 19 (10am local) with password HAPPINESSJONES. Local pre-sale begins Thursday, June 20 (10am local) with password LUCKIEST. General public tickets are available on Friday, June 21 (10am local).

The Nashville-based trio who received a Grammy Award-nomination in the “Best Americana Album” field earlier this year for their 2018 studio recording ‘One Drop Of Truth’ are currently in the middle of a stretch of spring shows, highlights of which include appearances at Bonnaroo Music & Arts Festival and Nelsonville Music Festival, as well as several co-bill dates with Lake Street Dive. Their festival season continues with upcoming performances at 4 Peaks Music Festival, Green River Festival, and  Xponential Music Festival among several others over the coming weeks. The band’s summer tour will be capped off by their first ever headline show at Red Rocks Amphitheatre on September 5, only a few miles away from where brothers Oliver and Chris grew up in Boulder, CO.

In addition to their extensive upcoming tour schedule, The Wood Brothers are working on two new albums for which release plans will be announced shortly.

“‘One Drop of Truth’ is a deft musical and thematic balancing act in which seemingly carefree groove-fests like “Happiness Jones” and “Sky High” find joy and sorrow to be interconnected.” – Uncut