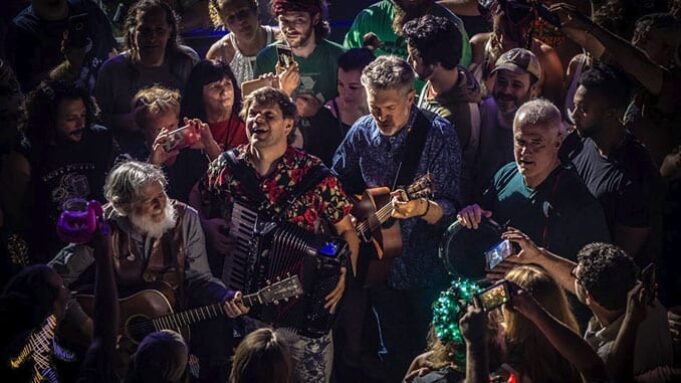 The String Cheese Incident Release New Single, “All We Got”

The String Cheese Incident have officially released their newest single “All We Got” which premiered exclusively via Billboard. The release of “All We Got” is accompanied by a visually pleasing animated video with direction from SCI. The inspiration and overall encompassing theme of “Disco Forest” is a nod to the band’s upcoming, annually-hosted festival, Electric Forest.  The video showcases various different feels, just as the song does itself.

This is the third single the band has released this year, following “Bhangra Saanj” (ft. Beats Antique) and “I Want You” (ft. Andy Hall).  The String Cheese Incident is happily celebrating their 25th anniversary with new music, as well as new and unique endeavors that have never done before.

For The String Cheese Incident, the past 25 years have written a story that is packed full of surreal experiences, epic moments, groundbreaking involvement and huge accomplishments. They have been recognized for their commitment to musical creativity and integrity, for their community spirit, philanthropic endeavors, and for their innovative approach to the business of music.