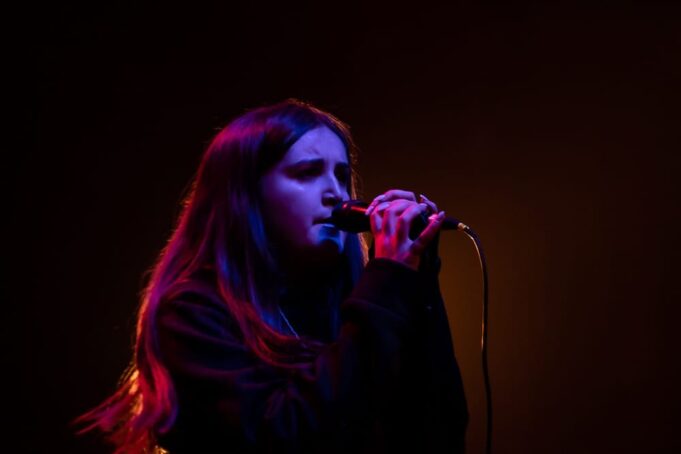 On Tuesday, March 19th, Lauren Aquilina performed in San Francisco for the very first time at the Rickshaw Stop as the opening act for Sasha Sloan. To start off the night Aquilina, who is from the UK, played “Wicked Games,” a fun and sassy song from her 2016 debut album Isn’t It Strange?

For her long-term fans in the audience, she then sang “Fools” her very first single which was released in 2012. In between songs Lauren talked about how she often writes depressing songs, which are somehow tied to her ex.

Next, she performed a new unreleased song “Tobacco in My Sheet” which she believes will come out sometime in the next week or so. To end the short set she sang “Psycho” her latest single, which dropped in 2018.

Aquilina shared with the audience that at the time “Psycho” was released she had quit performing and was primarily writing songs for other artists. She said that this song is what made her return to the stage. Lauren has an amazing voice and writes compelling songs. Her songs will definitely make you feel- so if you are looking for music that moves you I recommend checking Lauren Aqualina.

Not from this very show, but from a show on this tour: