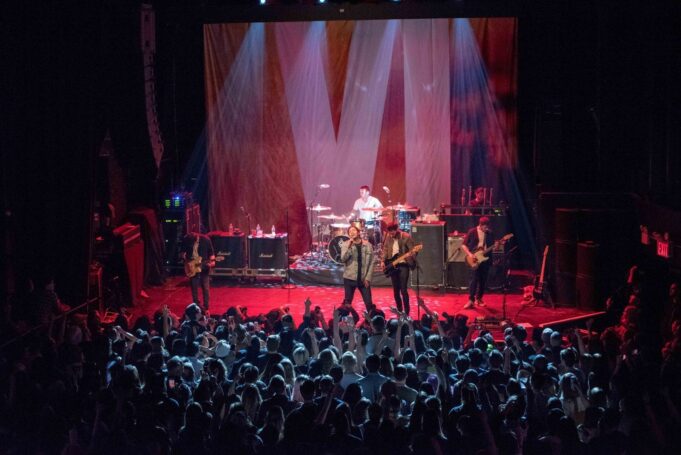 Performing live at Gramercy Theatre in NY on February 22 2019.

Photos and Review by Mark Ashe

The alt rock band You Me At Six performed at New York City’s Gramercy Theater on February 22 to an enthusiastic, sold out show.  The British quintet consists of Josh Franceschi/vocals, Max Helyer/guitar, Chris Millerm/guitar, Matt Barnes/bass and Dan Flint on drums.  You Me At Six are supporting their sixth and latest album VI.

You Me At Six literally jumped into the opening song Fast Forward as the band seemed like they were on trampolines, jumping up and down as did the young crowd.  These fans just couldn’t get enough of the band as they were singing and dancing to every song.

During Cold Night, the band had everyone waving their arms in unison almost reminiscent of the dreaded wave at sports events.  You Me At Six played an energetic one-hour, forty five minute set with one encore.  Ending with their most popular song, Underdog.

Take On The World

No One Does It Better

Straight To My Head