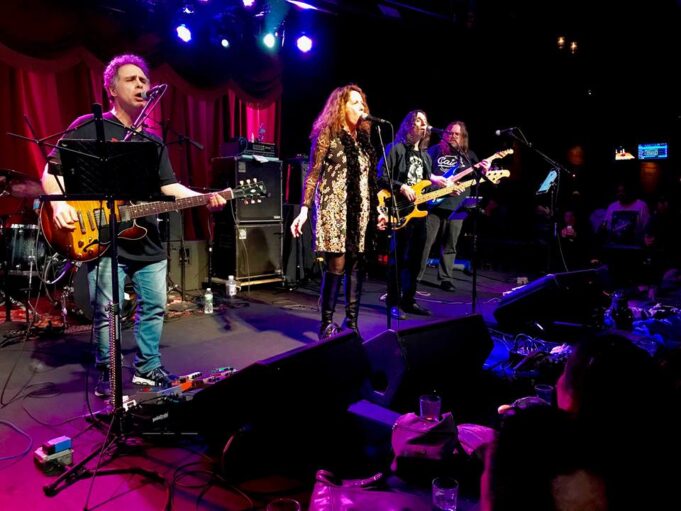 Last night, a staple of the early jam scene, The Zen Tricksters, made a rare live appearance at NYC’s The Brooklyn Bowl, with keyboardist Mookie Siegel sitting in as a special guest for the entirety of the show. Co-founded and fronted of course by Dark Star Orchestra lead guitarist, Jeff Matson, The Zen Tricksters lately have taken to performing live only a few times a year—if even a few times—so these nights are something to catch for sure. Ultimately, for a band that gigs it up this infrequently, they made a pretty good showing at the Bowl, with a number of high energy jams and lots of fun between themselves and their loyal audience. However, the above being said, it should be also mentioned that Mattson announced at this performance that, to commemorate the band’s long history as a band, The Zen Tricksters would be embarking on some kind of tour later in 2019.

If we’re being honest, the bowl’s tie-dye sporting audience was expecting Mattson to fire off some Dead tunes, and he and The Tricksters did not disappoint. The bowl was granted a decent “Althea” to kick off the night, and the band’s cohesion seemed in place. Then, the halfway point of the first set brought a prime Playing In The Band that saw all members flexing their creative and technical intuitions, towards a groovy yet kaleidoscopic jam. Mookie worked a neat flute tone into the jam here, turning it into an old school prog-rock piece.

But beyond Dead tunes, a Trickster fan knows that Mattson’s setlists with this group can be pretty fun and varied, taking as example the first set’s Derek and The Dominoes’ cover “Why Does Love Got To Be So Sad,” which was actually fleshed out nicely and wrung out completely for its soulful rock potential. PITB’s smooth segue into the lesser-common Bob Dylan tune “Going, Going, Gone” was one of the most unique and impressive parts of the show. The Tricksters handled this tune tenderly, especially Mattson, whom with his delicate soloing brought things down at one point to almost a whisper. Great version.

Similarly, Warren Zevon’s “Accidentally Like a Martyr” was a rather pretty choice for the start of set two. It seems a Zen Tricksters show in its true nature is a wide back and forth between the more rocking songs and some really low-key low-ballers. The bowl show throughout definitely ping-ponged non-stop from the livelier jams and a few really soft-skinned ballads. If moody ZT originals are your thing, then you’ve got a few full spread in a Tricksters’ show. If it’s not your thing—and we’re not surprised if its not—well then you can for sure enjoy at least half of the show.

But set two of the Bowl show had some bangers, no doubt. “Birdsong” came as a second strongly played Dead tune for the night, standing out for a couple of reasons. First, the bass player had the right kind of bass sound on it, full and heavy and probably worth a nod of approval from Phil. Second, the Tricksters really put some muscle into the jam, rocking it to almost twice the tempo of a normal “Bird.” “Tangled Up In Blue” worked off this energy, offering great solos in round and a dynamic finish for the Bowl crowd.

So, while it has been a while and this Bowl show was probably a long-awaited treat for many, it sounds like Zen Tricksters shows will be in headier supply in the near future. With respect to a band that will be celebrating such a long performance track record, I’d say in 2019 they are still definitely worth checking out.