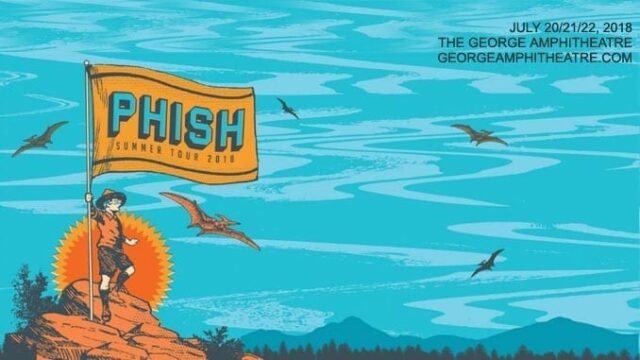 Police respond to questions about the Phish Gorge shows

Detectives are asking anyone who witnessed first-hand either of the assaults to contact the Grant County Sheriff’s Office at 509-762-1160, or send information to crimetips@grantcountywa.gov

In response to many questions, Kyle Forman of the Grant County Sheriff’s department made this statement at noon on July 31 regarding the July Phish shows in Washington state. We have chosen to simply print the statement from the police to satisfy questions and curiosity from fans about these incidents.  This statement is responding to questions about nitrous mafia, Live Nation security, and neo Nazis in the parking lot and even question about collusion between Live Nation security and neo Nazis in attendance.

2. One of the groups included several white men and the persons with the swastika tattoos whose pictures have been shared by concert goers on social media. These men was contacted by security on Sunday and two members of that group were trespassed/ejected by security. These men were not arrested. Their nitrous cylinders were taken by security.

3. Another group included several black men who were caught on Sunday selling nitrous filled balloons along the path from the campground to the venue. These men were also trespassed/ejected by security. These men were not arrested. Their nitrous cylinders were taken by security.

4. One other grouped which included several black males was observed selling nitrous but security and law enforcement was not able to catch them in the act.

5. Thus far we have no information that there was a scuffle on Friday between security and any groups or persons selling nitrous balloons. If a physical altercation happens involving security, they are typically very quick at calling us for assistance.

7. The alleged neo-Nazis were at the concert and were caught selling nitrous filled balloons. This sales of balloons seems to be why they were there.

8. We currently have no witnesses who can describe either of the assailants involved in the two assaults. Regarding the “nitrous mafia”, our experience is that nitrous sales are present at Phish concerts. Sheriff’s deputies at the Gorge tried their hardest to support security in catching and evicting nitrous sellers, but I am told there was a great deal of nitrous sales activity along Shakedown all weekend. Nitrous sellers in some cases were very organized in operating their businesses. Many employ counter-surveillance teams to alert the persons selling the balloons. When the counter-surveillance team sees security or law enforcement approaching one of their sellers, they alert the seller who typically just abandons the nitrous cylinder and walks away into the crowd before security or law enforcement can reach them. I have been told that over 80 cylinders were collected by security this year, most of which were abandoned by tipped-off sellers. I was also told that last year over 160 nitrous cylinders were taken by security.

One thing which deputies did experience was the gratitude of concert-goers. I am told scores of concert-goers took the time to say thank you to deputies for their presence and deterrence of misbehavior. Detectives are asking anyone who witnessed first-hand either of the assaults to contact the Grant County Sheriff’s Office at 509-762-1160, or send information to crimetips@grantcountywa.gov”

Live Music News & Review was born out of a love of live music and the wish to chronicle the amazing shows happening around the country. Stories and reviews are born both from our editorial board and from readers just like you around the country.
Contact us: lmnandr@gmail.com
5,723FansLike
209FollowersFollow
296FollowersFollow
6SubscribersSubscribe