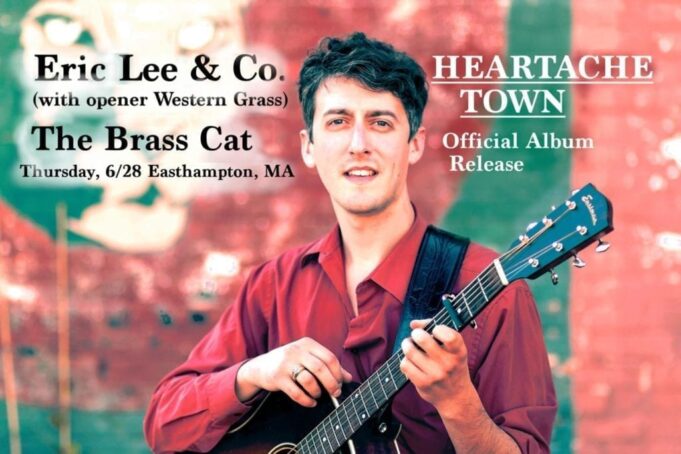 Multi-instrumentalist Eric Lee is set to release his new album Heartache Town with a release party at the Brass Cat in Easthampton, MA on Thursday, June 28th. Check out the Live Music News and Review.com Facebook page for updates and announcements. To submit an article an article or review, or to just say hello hit us at [email protected]  Western Mass-based multi-instrumentalist and songwriter Eric Lee will release his latest full length album, Heartache Town, on June 28th at The Brass Cat in Easthampton, MA.   The night will start with a Western Grass set featuring Lee, Jim Henry, Paul Kochanski, among other notable local musicians.