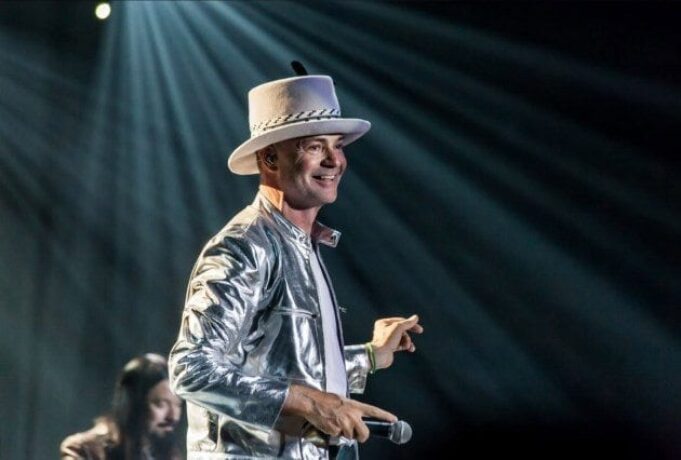 Gord Downie Passes Away After Public Battle with Terminal Brain Cancer Brave lead singer of the Tragically Hip inspired many To submit a review or story for consideration hit us at [email protected] Check out the Live Music News and Review.com Facebook page for updates and announcements. Gord Downie: February 6, 1964 – October 17, 2017 The lead singer of the Tragically Hip was diagnosed with gioblastoma and inspired many in Canada and around the globe with his courageous battle against the incurable form of brain cancer. He lost his battle but won the hearts of many with his bravery in the face of the ferocious disease.  Even the prime minister of Canada, Downie’s friend Justin Trudeau, broke down in tears live on the CBC making a public statement about his death. https://www.youtube.com/watch?v=FhpezwGtDEg&feature=youtu.be Downie was the lead singer and lyricist for Tragically Hip and an occasional actor, as well.  He also released five solo albums.  He started “the Hip,” as it was fondly called, when he was a young man growing up in Kingston, Ontario and formed the group with mates from school.  They began as a bar cover band and became more widely well-known once they signed a record deal with MCA records. The band was a favorite of Canada by incorporating tales of Canadian life into their songs, and were popular in part because of a great show when performing live. Canadians often joke the Hip never made it big in the States because their fans from “the Great White North” would pack the American venues, making it impossible for their neighbors to the south to get in. In May of 2016 Downie received his diagnosis and the Tragically Hip toured that summer on the Man Machine Poem Tour, selling out arenas throughout Canada.  In the autumn of 2016, Downie released his solo album Secret Path, detailing the true story of Charlie Wenjack, a First Nations child running away from an abusive residential school, and its accompanying graphic novel- amazing work for someone whose health battles were both so serious and public. Downie passed away on October 17th with his family by his side, and is survived by his ex-wife and cancer survivor Laura Leigh Usher and their four children. https://www.youtube.com/watch?v=FK-xVen1Y18 The Downie family’s official statement: