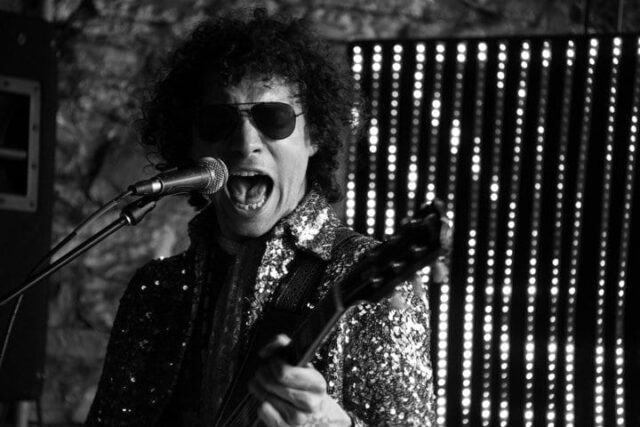 Boston-based band Fire in the Field Release New Album War Bonnet To submit a review or story for consideration hit us at lmnandr@gmail.com Check out the Live Music News and Review.com Facebook page for updates and announcements. Known for their furious style of heavy, driving rock and transfixing live shows, Boston’s Fire in the Field can’t help but make an impression.  The band pushes the traditional boundaries of rock n’ roll, exploring a melting pot of influences, from psychedelic and blues to funk and R & B.  With their signature endorphin-releasing sound, bluesman’s swagger, and punk heart, Fire in the Field is a favorite in the Boston hard rock scene.  If you haven’t caught Fire in the Field yet, you’ll immediately recognize them by frontman Mike Moore’s charged stage presence and mad scientist approach to the guitar.  Channeling “Hendrix via Prince,” Moore moves as if bewitched by rock n’ roll… like a wild thing as he pulls dangerous improvisations out of his guitar and sings with primal urgency. Fire in the Field pushes their powerhouse sound even further with their upcoming album, War Bonnet, due out October 27, 2017, when they will be playing their Halloween CD Release Show at the Middle East in Cambridge.   With three previous release under their belt, including Fire in the Field (2009), Gypsy Tea Room (2014) and Look So Strange (2016), the new album gets back to the band’s trio roots with a heavier, heart-pumping rock n’ roll sound.  Written, recorded and produced by the band, War Bonnet is a combination of new and old tunes, bringing the band full circle.  A true return to form, the album plays as if in the style of their crazy 19-year-old selves, but with a mature edge and more to say.  With dark themes and frenzied guitar-driven riffs, War Bonnet is Fire in the Field’s angriest album to date.   The band will be giving fans a sneak peek of their new material on Facebook Live in three unplugged sessions on 9/24, 10/8 and 10/22.  These acoustic sessions will coincide with limited time exclusive previews of the electric versions of the songs on Bandcamp, all leading up to the October 27th official release date, when the songs will be available on all platforms worldwide.   Frontman Mike Moore recently sat down with LMNR to discuss their new album: LMNR: What’s new with Fire in the Field? What’s the latest? FITF: We went to Austin for SXSW in 2017 and something happened to us.  We lit the place up and are having a blast with the freedom the power trio set up gives us.  All of a sudden we’re throwing Ali haymakers and the riffs are more plentiful than ever.  Oh yeah, and we’re releasing six tracks and calling it War Bonnet on October 27th.

LMNR: You’re originally from NH, but living in Boston. How has the Boston scene influenced the Fire in the Field sound? FITF: I think the word “scene” implies some sort of boundary.  Scenes don’t exist, and if they do, are uninteresting.  How boring would it be if you saw the same shit and same people every time you went out?  There’s many types of music here if you look hard enough yet no musical tradition we’re influenced by originated in Boston.  The cool thing about this city which started long before I was born is the hotbed of serious music lovers and incredible people of all walks with opinions and stances on art and music. LMNR: You call War Bonnet Fire in the Field’s “angriest album to date.” How so? How has your sound evolved? FITF: Evolution for us has been a process of condensing.  We used to try and fit six songs into one.  We realized we’re not a prog rock band.  We run on emotions and groove so we put that at the forefront of every tune instead of adding an extra part.  Twenty sixteen was a year where there was a lot to be angry about.  But honestly anyone who knows this band has heard songs like “Soledad,” “Stone Hearted Creature,” “Caravan & Hawk” or “Most Evil” and the six on War Bonnet are in that ball park. There are no bluesier tunes in between the heavier ones on this release.  Yeah, the anger is also alive in a lot of the imagery and the imagery is more with the times.   And I think coming off of the personnel changes from the last two releases it’s been really nice to take a step back and revisit what this band was founded on and keep the vision clear.  War Bonnet is a return to form so to speak but a surge forward. LMNR: What did the creative process for War Bonnet look like? How did recording go? FITF: Since we made the cognizant decision to go back to our power trio roots we unearthed some old school riffage.  You’ll here a song called “Elephant” on War Bonnet.  This is literally the very first riff we jammed in a basement circa 2005 or 2006.  Seriously.  There’s history, man.  Hah.   Before we changed our name to Fire in the Field we were Black Elephant. https://www.youtube.com/watch?v=FMY8fJWrPms&feature=youtu.be “Duke of the Valley” is another riff from the genesis days.  Music is timeless if it was created with the need to feel something genuine, I’ve learned through this process.  So we had two of our favorite riffs we never did anything with, a perfect starting point.   The magic really happened though on the first day in the one room practice space at the Salmon Falls Mills in Rollinsford, NH where we cut the first two albums.  We went thinking we were going to work on old material but I started playing and the first riff on the spot was what would become “Tomahawk.”  Jeff slid in a beautiful bass run and John played a Bonham-style groove we used as a foundation for the bridge/solo.  Later on when I was struggling with a theme writing the lyrics, I texted John and said, “What word comes to mind when you hear this track.” He said: “Tomahawk.”  They’re some of my favorite lyrics on any FITF track. All the demos were made in a couple sessions and I pieced together lyrics and vocal melodies afterwards.  But those magic moments are the best part of making a record. You find the cryptic thread that ties it all together by trial and error.  “Tomahawk,” “Save,” “Peasant Once Passed,” and “Swift Hoof” were all created and in barebones form in one session.  And that’s not to brag, sometimes that’s just how it goes.  It all comes out of you at a blinding speed and you’re lucky to be capturing it.  You don’t realize it’s happening either you just do what you do.  Those initial sessions are so important.  The later sessions become more about not adding too much. LMNR: You’re previewing War Bonnet on Facebook Live. What’s the deal there? FITF: I’ve decided to fully transform into an electric consciousness and live inside the internet.  Kidding.  That’s in a hundred years or so.   Facebook Live is nerve-wracking, man!  It is fun though. It’s just a great way to interact with people in today’s day and age.  Sometimes social media can be so impersonal and disingenuous.  People on their hands and knees begging for a number, not a connection.  Everyone has done it, I’m not judging.  We all need attention and hugs and sex, etc.  But FB Live is cool because it is LIVE.  Anything can happen, much like a rock show.  So why not open that up to sharing the new songs on acoustic guitar and have some discussion about them.  War Bonnet is the furthest thing imaginable from an acoustic record.  So it will be a nice juxtaposition and hopefully will get the audience more in tune with what they’re all about.  We’re making the studio tracks available to stream in conjunction with the acoustic sessions… wait, has this ever been done!?   LMNR: If you had one song from the album to choose from, which song from War Bonnet would you choose to introduce new listeners to Fire in the Field and why? FITF: I wouldn’t wish choosing just one song of anything on my worst enemy but if I had to choose let’s go with “Tomahawk.”  It was the first piece we played and the first song we wrote the music for on War Bonnet.  It’s our fastest song ever I believe.  It encapsulates the momentum of what our fans dig at the live shows. To submit a review or story for consideration hit us at lmnandr@gmail.com Check out the Live Music News and Review.com Facebook page for updates and announcements.

Streaming Up From Boston: 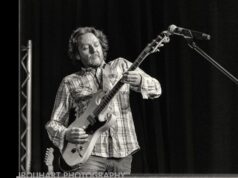 Macy Gray, Up Close and Intimate