Story and photos by Stevo Rood

Check out more of Stevo’s photos at the Live Music News and Review Facebook page.

Friday night, The Tubes returned to the Los Angeles area for a two-night show (one in Pasadena and one in Agoura Hills) that brought out many who grew up with their music since the late 70s.  After two brief false starts due to a problem with the bass guitarist’s amp, the band entertained the audience with many of their hits and sprinkled in a nice variety of covers to mix things up. After their opening “overture,” lead singer Fee Waybill, came out on stage and dedicated the first song, “You Never Can Tell,” to Chuck Berry.  The band then performed two from the Outside Inside album (“Tip of my Tongue” and “Monkey Time”) before diverging into a James Brown medley to make things interesting! Then we got two from the Completion Backwards Principal with “Mr. Hate” and “Amnesia.”

As usual, Fee never disappoints with the costume changes and entertained us with a carnival barker’s jacket (“She’s a Beauty”), a straitjacket and bondage mask (“Mondo Bondage”), furry chaps for the Burt Bacharach cover of “(The Man Who Shot) Liberty Valance” and wore a TV set on his head with pill bottles where the screen would go for “Turn Me On.”

Other hits performed were “What Do You Want From Life” (and the obligatory baby’s arm), “Stella,” “Tubes World Tour,” and the beautiful “Love’s a Mystery.”

Anticipation grew for the longtime fans as everyone awaited the arrival of Quay Lude to sing their biggest hit, “White Punks on Dope.”  The hot mess did not disappoint and towered over the band and audience with 8″ heels and dressed in silver spandex pants that clearly outlined a bottle of alcohol down his leg. The band and audience all sang the chorus over and over with smiles all around. Finishing the night with an encore was “I Saw Her Standing There” and their second-biggest hit, “Talk to You Later.”

Check out more of Stevo’s photos at the Live Music News and Review Facebook page. 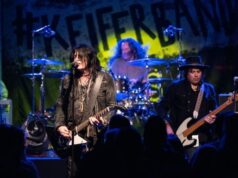 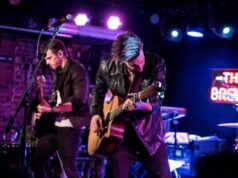 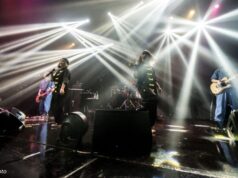