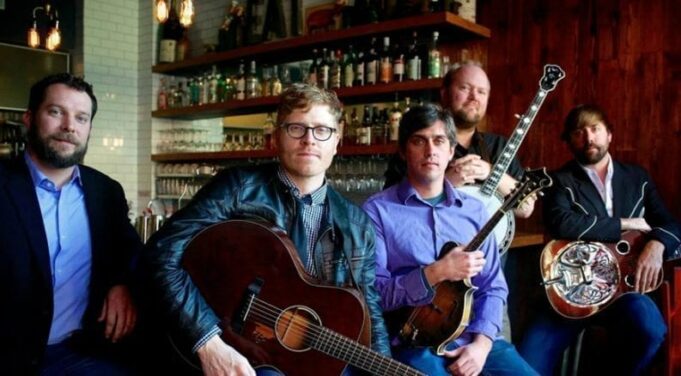 Check out the full gallery of photos from this show taken by Miles Hurley.

Friday night, Brooklyn Bowl came alive in its true form, and vibed brightly with a couple first-rate sets from Cousin Earth, who opened for Love Canon.

The energy of the room, from a crowd that was spilling over back into the bar area, was demandingly high before any music even started. So it was awesome that Cousin Earth met this demand with a combination of every member being really on, and a sound that just knocked me back a bit.

I’ve seen them a handful of times in the last year alone, but here was a set that still went bigger than ever before. The fierceness from each member, such as in Tara Lawton’s extra crispy keyboard work, or Joey Calfa taking charge on electric guitar for the end of the set, while Cory Feld taking up nicely with some ukulele solos, showed a unity of skill from the whole band that’s finding their stride more and more with time.

I’m sure this was a good gig for these guys, and kudos to them for steeping up and crushing it when the moment counts.   Below is some video of Cousin Earth from a prior Brooklyn Bowl gig.

Brooklyn loves its bluegrass, and it also loves its throwback jam parties. Maybe that’s why Love Canon, the bluegrass tribute-to-the-80s-band that is weaving these two rather dissimilar things together in a most impressive way, has a residency at the Brooklyn Bowl over the next month. This was their first night of this run, and a banger of a beginning for sure.

They too, showed right away that they were delivering unflinchingly to the music-hungry crowd, tearing out of the gate with a clear eagnerness to have a good time, and lay down a fiery set, which they definitely did.

What makes this band so fantastic is that right in line with the never-failing novelty of covering eighties hits, is their legitimacy as a bluegrass band-expert, and often even subtle, playing all around. A lot of the time, they groove along in one more cohesive sound, something closer to the rock they’re throwing back to, but give it a minute or tow and you’re getting another tasty solo from either Jay Starling on dobro or Adam Larrabee on banjo.

The band also featured this night a couple new players, mandolin player Dominick Leslie and fiddle player Mike Barnett. The former looks little older than myself but threw down impeccably right with the rest of Love Canon. He was given a good amount of solos to take throughout the set, and he knocked every single one out of the park.

A funny part about Love Canon shows is seeing crowd members get unexpected covers of songs that clearly must have been important is big in their life at one point. When the band went into Rod Stewart’s “Legs,” which is a Canon staple by now, there were a couple exclaims of gleeful surprise, which gave the musicians a good laugh, and a little kick to jam the tune out harder.

I got my own neat little surprise, mid-set, in Bruce Hornsby’s “The Way It Is,” and out of it grew a nice breezy little jam. Their energy carried right through the end of their set, towards which they brought up this female singer for an interesting, but nonetheless charming, duet-kind of-style tune.

An all around wonderful night in the Bowl from a couple of bands that know how to make sure you have a fun time, while impressing you musically every step of the way!

Here is some Love Canon from a different show to give you a taste:

Check out the full gallery of photos from this show taken by Miles Hurley.