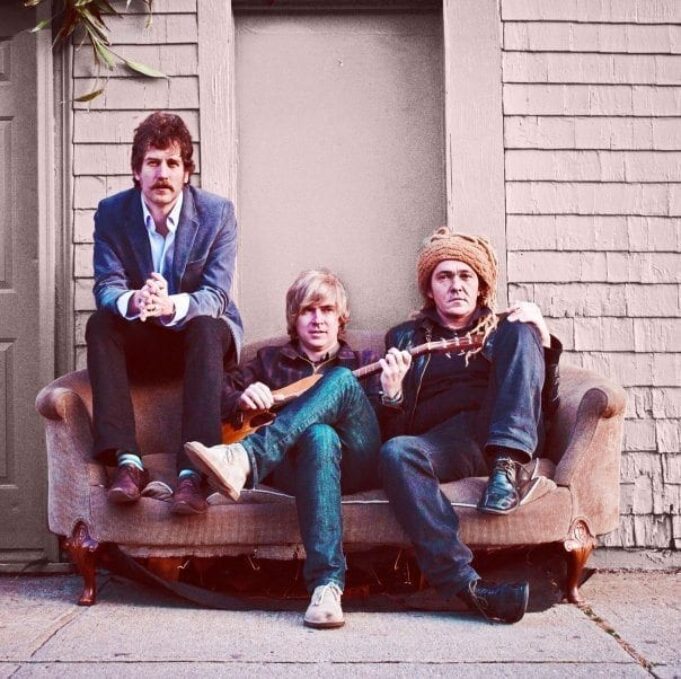 (New York, NY) American alternative rock band Nada Surf has extended their 2016 world tour to add a run of U.S. dates in the fall, beginning in their respective stomping ground – New York City at the Music Hall of Williamsburg and Bowery Ballroom on September 17 and 18. Then traveling through Cleveland, St. Louis, Nashville, Atlanta, Asheville and more before concluding in Pittsburgh, PA at Club Cafe on October 7.

Tickets for these shows went on sale Friday, May 20. The full list of tour dates, which includes a stop at Paris venue Le Bataclan on December 2, can be found below. For complete details and ticket information, please see www.nadasurf.com/tour-dates.

Nada Surf’s eighth studio recording, YOU KNOW WHO YOU ARE, includes the single, “Rushing,” accompanied by a romantic companion video filmed earlier this year in Paris, highlighting  the beauty of  chance among public transportation.”Rushing” – written and directed by acclaimed French filmmakers Emilie and Sarah Barbault – can be viewed now at Nada Surf’s official YouTube channel.

YOU KNOW WHO YOU ARE has drawn worldwide critical applause, with NPR hailing it as “a statement of bright, graceful affirmation in an age where such a thing couldn’t be needed more.” The album “exudes the same Zen understatement that nourished (2002’s) LET GO,” enthused MOJO in a four-starred rave, “positing Alex Chilton astride Crazy Horse on a root canal burn to the soul.” YOU KNOW WHO YOU ARE “sees (Nada Surf) once again merging upbeat rockers with shimmering ballads,” wrote A.V. Club, “to quietly craft an album that’s a case study in how to grow older gracefully.” “YOU KNOW WHO YOU ARE is an appropriate title,” raved Relix. “Caws has never sounded more assured as a songwriter.” Paste summed it up best: “It’s as perfect a pop album as you’re going to get this year. Savor every last bit of it.”

Nada Surf has always been a quintessential New York band, wielding big guitars and heart-on-sleeve lyrics, fueled by artistic ambition, casual cool, and sharp-eyed curiosity. Founded in 1992, Nada Surf has only grown more creative and resourceful as time has marched on, each consecutive release notable for the quality of its craft as well as

singer/guitarist Matthew Caws’ ongoing growth as both songwriter and human being. Brimming with midlife wisdom and teenage vigor, YOU KNOW WHO YOU ARE may well be the most representative collection of Nada Surf’s two decade career, capturing in its 10 tracks every beloved facet of the band while also pushing those sounds towards whatever comes next.

Caws commented on the bands perplexing name saying “it’s actually referring to something much more existential, it’s just surfing on nothing. Being lost in your head or in your imagination but you know, whenever [you] listen to music [you’ll] always find [yourself] off somewhere” an elusive space that Nada Surf makes familiar.