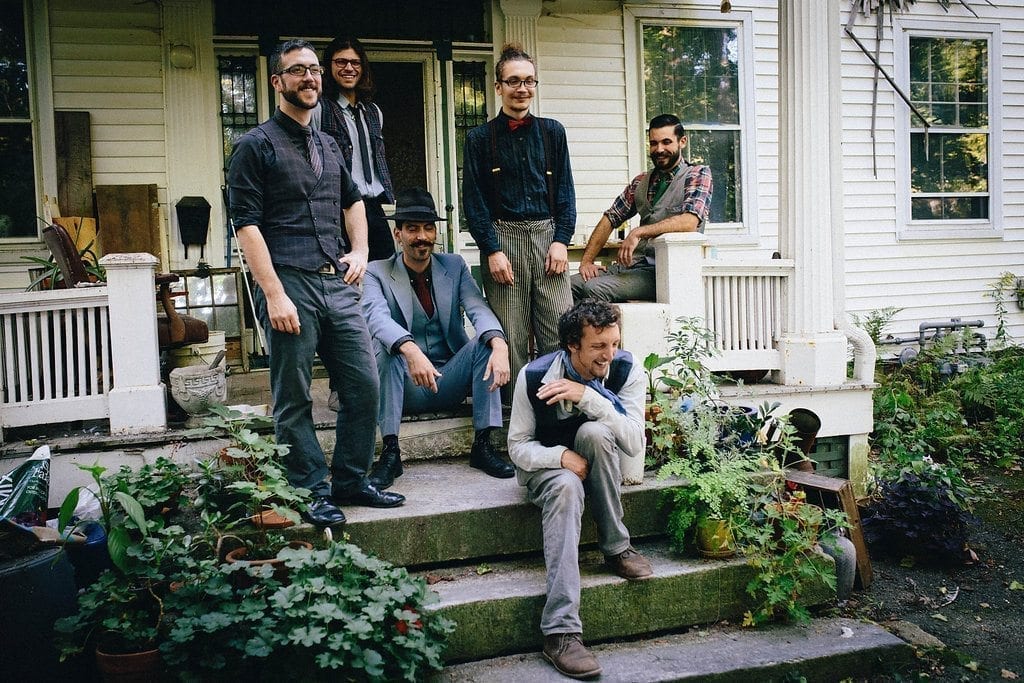 I reimagine the high energy, explosive surprise of the circus from childhood, the euphoric feeling of discovering something first-hand, and the uninhibited rush of pure joy you felt on the last day of school.

Together, twisted, layered and complicated, these feelings inhabit each song and individual performance of the hypnotizing, highly glittered, “bohemian folk punk rock” band, Bella Bartok, of the Amherst area.

And the rest is history.

Now Bella Bartok travels all over the U.S performing exuberant shows with the help of ultra-glittered hair, multicolored lights, glow in the dark face paint, and smoke- transforming the stuffy idea of the three piece suit, to solidify that they will put on an unforgettably fun show.

The band drew the inspiration for their unusual name from none other than Bela Bartok, the famous Romanian composer born in 1891. 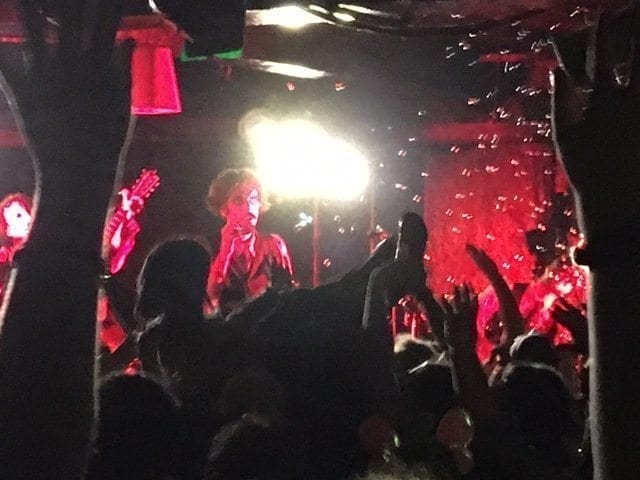 Saying that they “take a few cues from folk music of Romanian, Carpathian and Bulgarian [countries].”

Dan Wolovic of the Two Way Monologues, said their shows are “about as much fun as you can have with your pants on.”

The bands newest, and fifth album, “Changer Yer Life,” was released on March 11th, and debuted on March 26th, at the CD release at the Pearl Street Nigh Club in Northampton.

Their performance paid tribute to both their decidedly bizarre music style, and the Jewish holiday Purim, which typically involves celebratory masquerading, by having a masquerade themed concert of their own.

If you weren’t already convinced of the bands originality, their participation in the events theme despite their sweaty states, further proved their infectious, energetic, life-of-the-party philosophies.

And, as promised, the venue erupted into a dance floor with fans of all ages, back grounds, and life travels, releasing all inhibitions and just simply enjoying the music.

Outside I even heard one woman proclaim that she planned to take her earrings off once Bella Bartok came on, for fear that she would lose them while dancing.

“Change Yer Life” was the band’s first self- produced album made at the Amity House in Amherst thanks to the expertise of band member Chris Kerrigan, who has been working on his recording engineer skills both on Bella Bartok’s music and the music of other local artists.

Kerrigan seems to be a natural at record producing, showing real talent.

“Change Yer Life” is comprised of 14 contagiously emotional songs that were written as “a back and forth between all members, as each knows their instruments and how best they should fit in any given piece,” said the band, crediting the “kernel of [most] songs” to Asher. 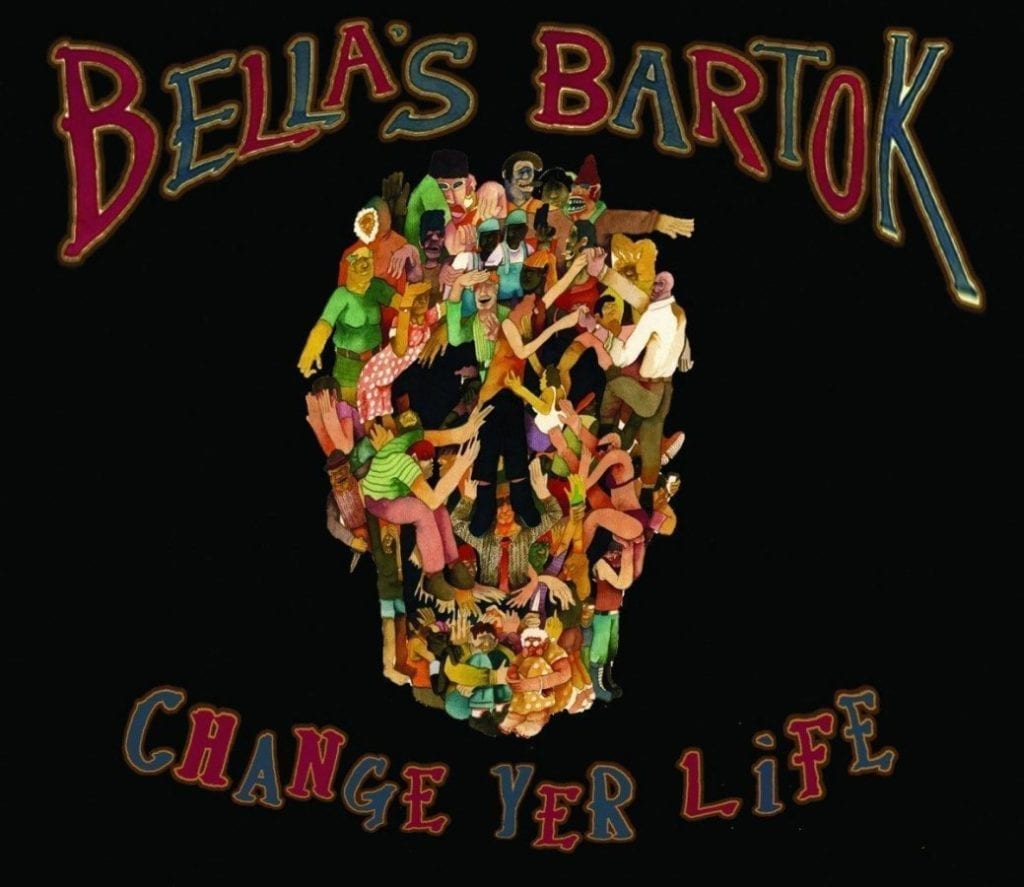 The bands previous albums include: Don’t be Yourself, We Are Not a Cult, These Are Not Our Arms, and The Bag End March.

Their single “Ramona”- which is actually my favorite from the album, was released early as a prelude to “Change Yer Life.”

On first listen it reminded me of the kind of power ballot one would blast after some upsetting/ identity threatening/ revelation that required a solid reminder of one’s coolness, control, and ability to sing in the shower.

As a final consensus, at the risk of incorrectly comparing two genres, the bands energy reminded me of the 1975, with their own elements of theatrics, strong instrumentals and utter surprise that make them difficult to easily quantify or compare with other groups and genres of music.

Bella Bartok is truly one of a kind.