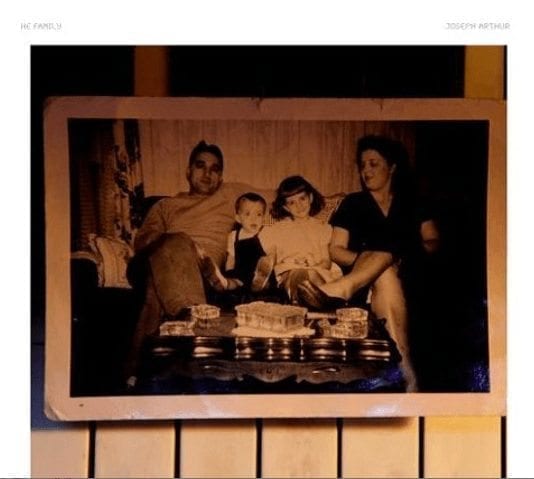 “Jo is one of those rare writer-performers where you get the sense, whatever you believe, that something greater is being channeled through his music and voice.  It touches something very deep and universal.” – Michael Stipe

Musician, painter and poet Joseph Arthur acquired a Steinway Vertegrand piano from the early 1900’s, moved it into his Red Hook, Brooklyn studio and saved it from the storm (Sandy, propped on cinderblocks while the neighborhood flooded).  He learned some of its history:  the piano had been a part of the same family for a century, somewhere in Connecticut.   Written entirely on that instrument, The Family (June 3 / True North Records) is mostly a work of fiction and a meditation on the idea of family.

A piano restorer in Carroll Gardens found my 1912 Steinway Vertegrand piano for me. When it came up on Craigslist, he said he was baffled by it. It came to my place for $1,600, all in. It was a steal.  There are famous photos of John and Paul (The Beatles) playing identical pianos, writing their early hits. My piano tuning friend gave it the full inspection and tuning, but little to no repair was needed.

I never really sat down at a piano and asked for much from it. Though for me, piano runs deep as the nucleus of my relationship with music.  It’s how I started.  And a thing I hated – not unlike three hundred million suburban kids before and after me. But this thing in my world as a kid just stood there like a judgment of failure and a stunning opportunity, all at the same time.  And was used that way against me and for me.  And thus began my long, weird relationship with music. This saviour.  This damnation.

“The Family” story is mostly a work of fiction.  This isn’t about my family.  It’s about family.

Produced, recorded and performed by Joseph, The Family was mixed and sequenced by Tchad Blake, who collaborated with Arthur on some of his mostly well-known work, including  “Honey and the Moon” and “In the Sun” (covered by Michael Stipe and Peter Gabriel).

Joseph on The Family:  “All happy families resemble each other, each unhappy family is unhappy in its own way.”- Leo Tolstoy, Anna Karenina

In West Virginia, you could see the highway from a tiny porch of this little house that had been destroyed. It only exists, like it only ever existed, up here in the spirit where everything is eternal and forgiven, and the complicated aspects that make us these remarkable things called humans. That’s what I was trying to document here. That’s the story I was trying to tell. Love and 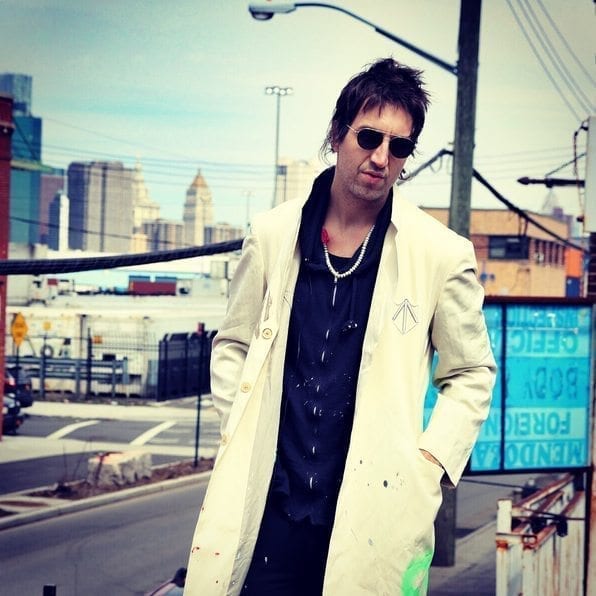 loss. Dysfunction and surrender. Hopelessness and abuse. And the thing that somehow allows us to transcend it all. To let the things that at one point impaired us, be the same things from which we develop, or like a blessing, get our strengths.

I did interview my parents. I asked for stories – anything they could recall. I remember thinking how strange it was that I hadn’t really asked before, and also how relatively little they seemed to know. I think many modern American families operate like this. Off the top of my head, I don’t even know much about my heritages. I know that one of my grandfathers comes from Spain, and the other comes from Scotland. My grandmothers are mixes that I can’t recall, and so it goes. We blend. Our histories are lost or confused. This is no bad thing, mind you. It’s life and it’s great, and I’m all for it. We should blend. We should progress.

The songs are sung from the perspective of different characters, both male and female, both child and adult, in different times in history. World War II factors in heavily to the story, but for me it was always just about war right now-the loss we all have right now. That’s why I let it surround the main story, which is the way family dynamics shape us and make us who we are.

Born in Akron, Ohio, Joseph has been described by The Guardian as “a driven, visionary character…he might just be a genuine mad genius” and NPR Music as “”a ‘triple threat’ artist since the mid-’90s, bridging music, poetry and painting with prolific creativity and unyielding inventiveness.”  Discovered by Peter Gabriel in the mid-90s, Joseph became the first artist signed to Peter’s Real World Records.  “It has been great to watch his evolution,” says Gabriel.  “Jo is a really unusual, interesting, and talented artist in music and art.”

In addition to touring a solo musician, Joseph exhibits his paintings worldwide (they can be found online at the Museum of Modern Arthur).  He hosts the podcast series Nothing to Talk About and published book of poetry, including his latest, I Miss the Zoo and Other Poetry Selections (EM Press).   Arthur’s music has covered by Michael Stipe and Coldplay, and remixed by Justin Timberlake for the Hurricane Katrina benefit EP, In the Sun.  He’s a member of RNDM with Jeff Ament and Fistful of Mercy with Ben Harper and Dhani Harrison, and has released close to 30 solo albums and EPs, including Lou, a tribute to his friend Lou Reed.

May 16  Los Angeles, CA  The Troubadour

May 23  Portland, OR  Alberta Rose Theater