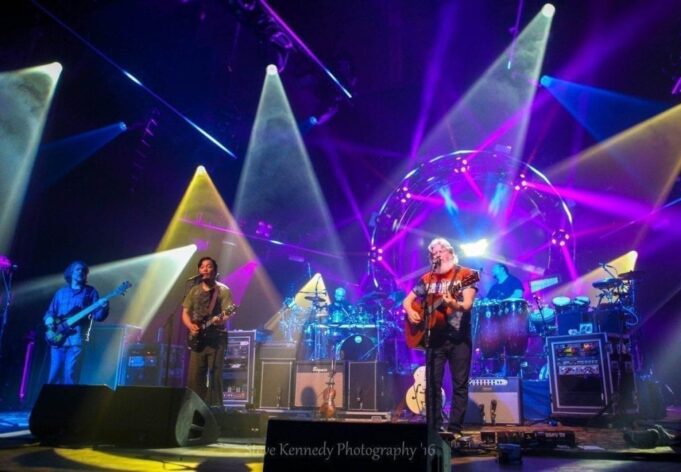 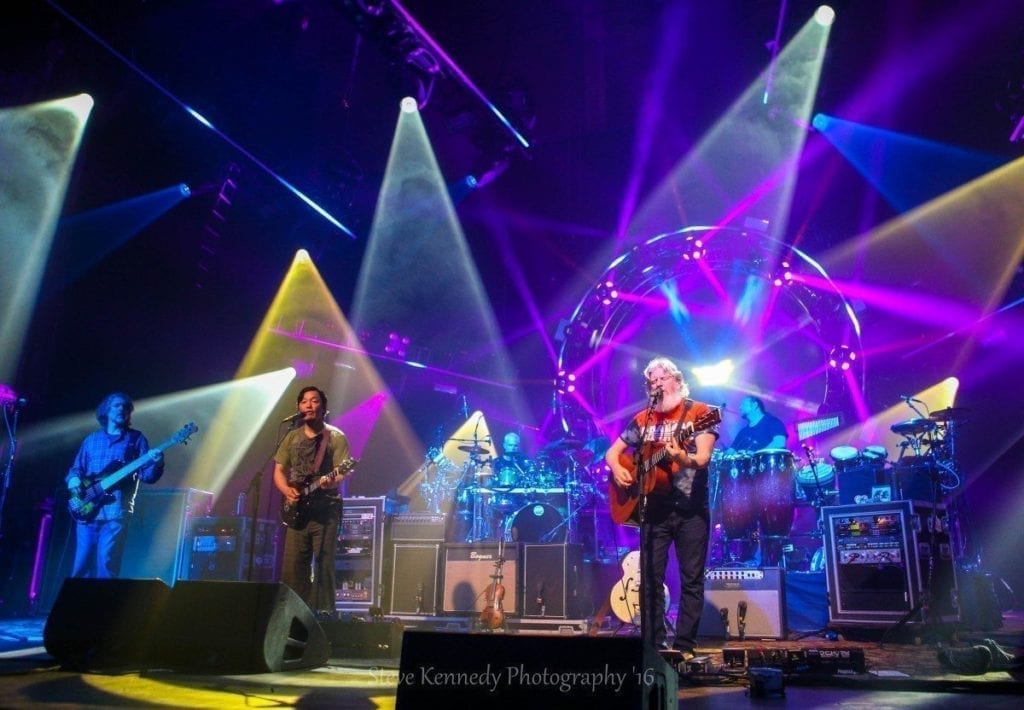 String Cheese Incident shredded Santa Barbara on a Sunday night, leaving many to exclaim “never miss a Sunday show!”  On March 13, String Cheese Incident brought their “March Madness” tour through Santa Barbara and they did not disappoint.  The fabled and historic Arlington Theatre played host to an energetic crowd who were treated to an evening of eclectic String Cheese jams coupled with an outstanding light show.  The Colorado jam band kicked off the first set with “Search” and never looked back. 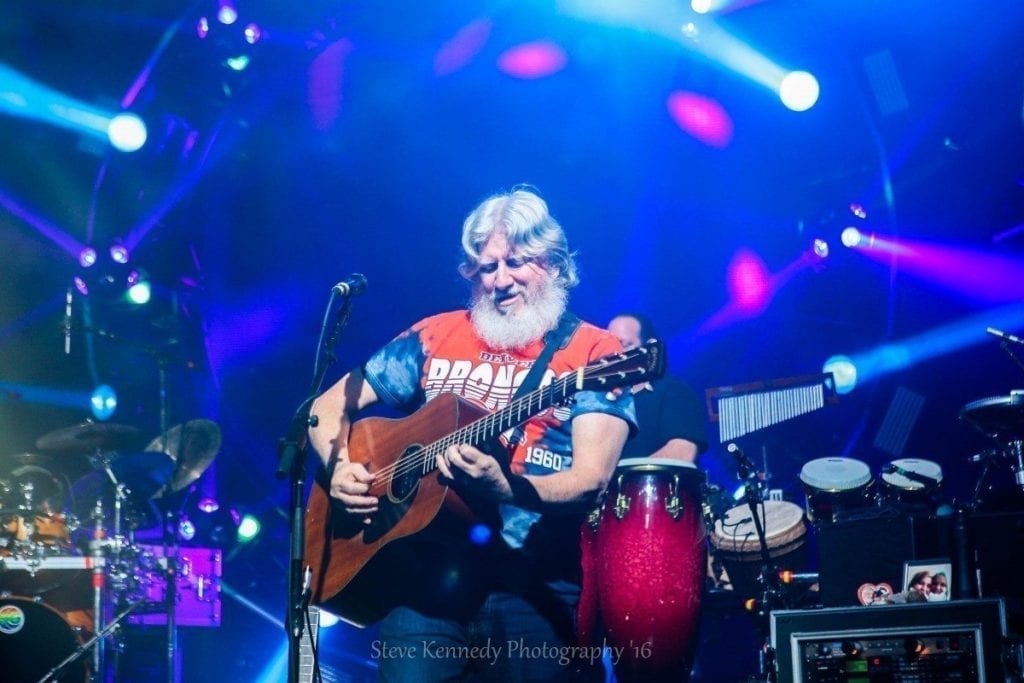 Bill Nershi dawning a Superbowl champion Denver Bronco shirt lead the charge.  Highlights of the first set included “Farther”, “Stir It Up” and a special guest appearance by Santa Barbara’s own Zac Gill from ALO.  Zac sat in to play an inspired cover of “Stay Through, This Must Be the Place” by the Talking Heads.

The crowd was social and security was laid back during a paced set break.  The band came out for the second set and explained that they haven’t been back to Santa Barbara in 13 years and were going to play a song from that night, which was also played on a Sunday.  They promptly busted into a stirring rendition “Howard”.  The second set featured lots of peaking jams fueled by the dynamic rhythm section and lifted by Kyle Hollingsworth’s incredible keyboard work.  Highlights of the second set included “Miss Brown’s Tea House”, “Sweet Melinda” and “Shine”.  String Cheese Incident delivered a sterling second set which energized the cheese heads to bring the band back for the encore.  Zac Gill returned to sit in on the launching pad of keyboards with Kyle Hollingsworth as they busted in Bob Dylan’s “Mighty Quinn”. 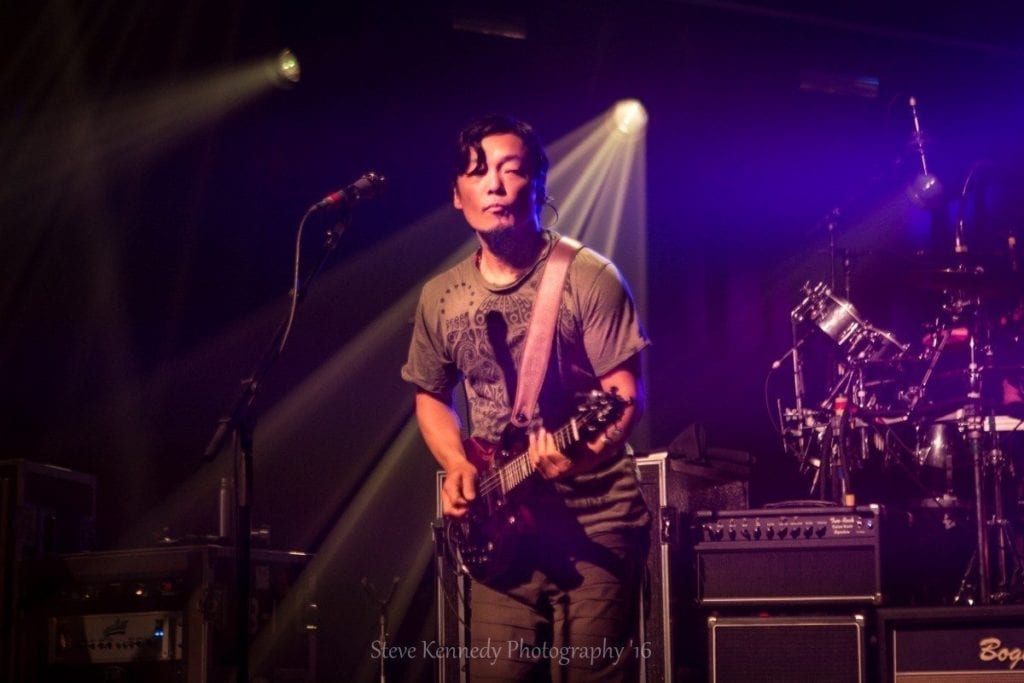 The March Madness tour proved to be entertaining and left locals hoping that it would not be another 13 years before String Cheese Incident returns to play Santa Barbara!

For more AMAZING photos of this night by Steve Kennedy Photography click here!

Set One: Search, Missing Me > Dudley’s Kitchen, Farther, Stay Through -> Stir It Up ->*Stay Through, This Must Be the Place (*with Zach Gill), Song in My Head > Beautiful

Video of Song in My Head at Santa Barbara