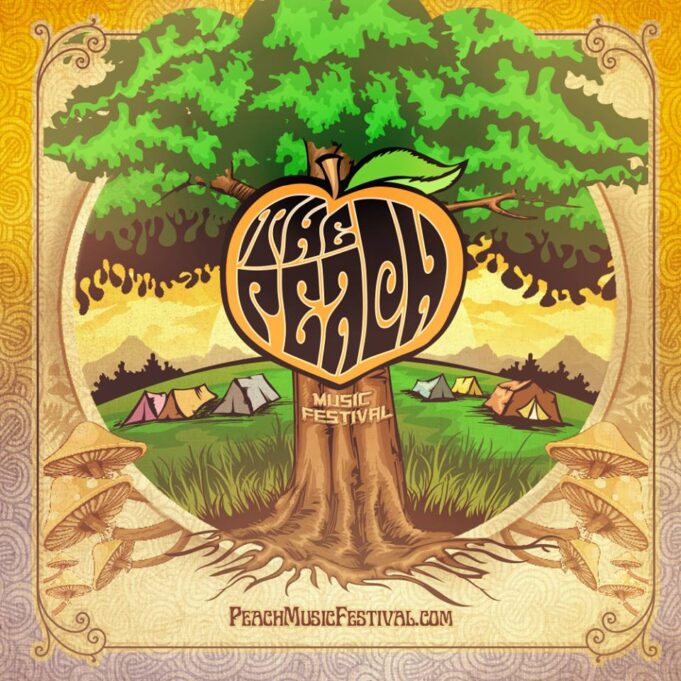 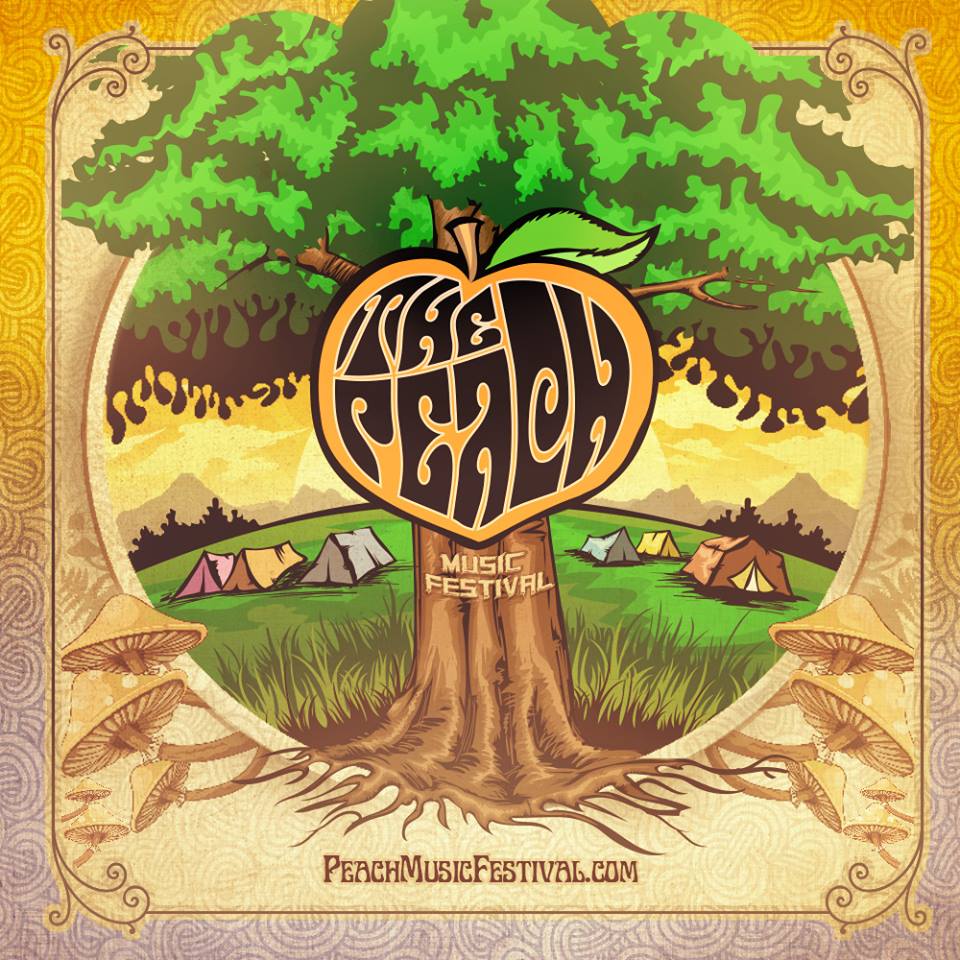 In just a few short years the Peach Music Festival has become a flagship camping festival in the northeast.  Curated in part by members of the Allman Brothers Band, this festival has brought great vibes and amazing bands to NEPA.  This year is no different, with the initial lineup for Peach announced today. 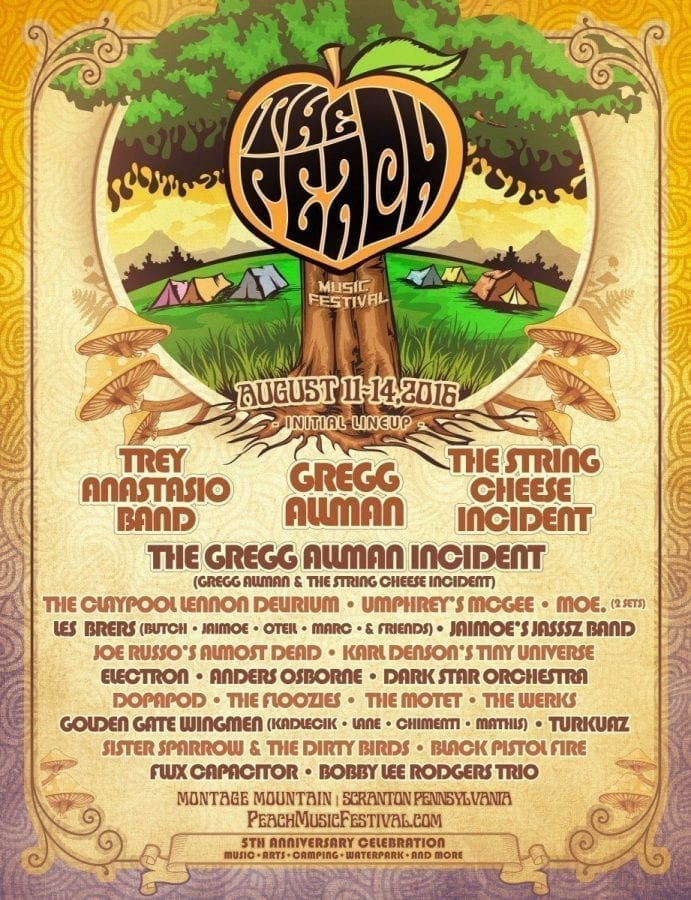 Not only is there a ton of other bands including Dark Star Orchestra, Turkuaz, various ABB side projects (Allman Incident, Jaimoe’s Jassz Band, Les Brers) Bobby Lee Rodgers Trio, Sister Sparrow and the Dirty Birds, The Motet, the Werks and others there are also going to be more bands announced over time.

Check out the news story on released tour dates by Golden Gate Wingmen.

In this, their fifth year, it looks like Peach is going for it.  Montage Mountain appears to have become a festival property staple.  This comes from the Peach website:  “Montage Mountain – home of the Peach Music Festival – is truly a special place and we can’t wait to share 4 days of music, camping, waterpark fun & so much more with you. The festival site includes The Pavilion at Montage Mountain which is one of the most beautiful concert venues in the country. The Pavilion has been home to countless concerts & festivals over the years and is one of the rare venues that is built in tune with the surrounding nature.

Montage Mountain Waterpark features a wave pool you can jam in while listening to music, wild water rides, slides, a lazy river, a regulation sized volleyball court, a zipline overseeing the festival grounds & more. In addition to being in a picturesque and waterpark resort setting, Montage Mountain provides us with all the creature comforts onsite including a full restaurants, food vendors, bars, VIP Club, lodge, showers, lockers, full service restrooms & more.”

Check out the review by Marco Esquandolas of Peach festival 2015 here which also includes video of Flux Capacitor and Billy and the Kids.

Check out the news story on released tour dates by Golden Gate Wingmen.

Check out the review by Marco Esquandolas of Peach festival 2015 here which also includes video of Flux Capacitor and Billy and the Kids.

Golden Gate Wingmen New Flights Announced More to Come..   Despite the rumors of a grounding of the […]

Bonnaroo 2016 Lineup announced From superstars to the hottest developing artists, and comedy! and To […]