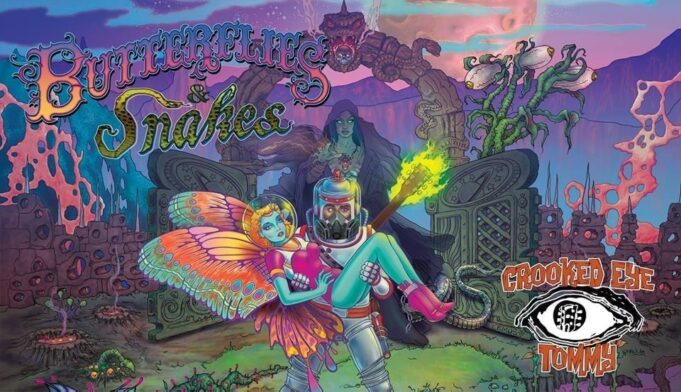 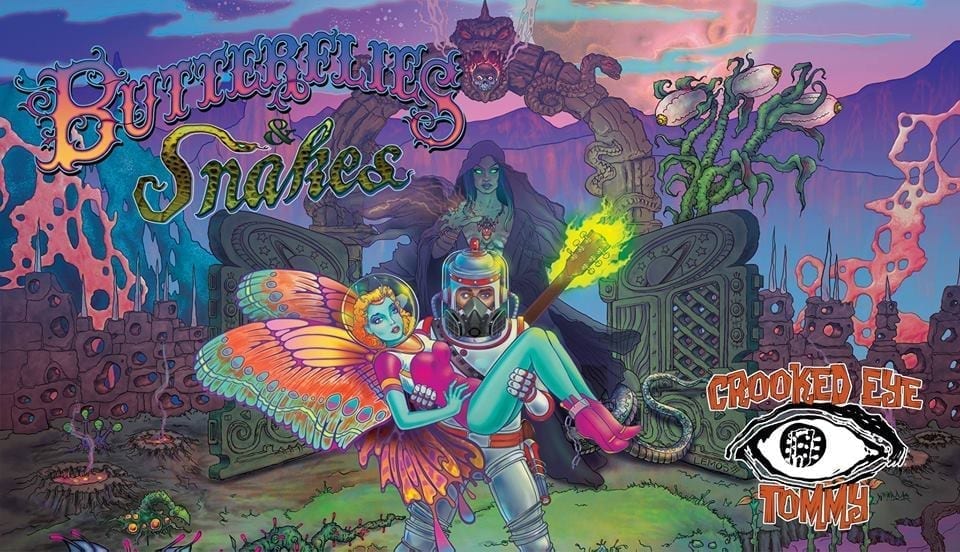 Dec. 18, 2015:  Crooked Eye Tommy may be a novice band in a genre that is full of history and big-name luminaries, but their music has a mouth that speaks with honesty and legs that could carry them to the mighty summit of blues music.

I’ve seen, only through the wonders of social media and the internet, the true force of a band with big plans. With a sound akin to the stuff that was coming out of the late 90s and early 2000s blues scene, (think Eric Clapton and B.B. King’s Riding with the King), the five-piece applies a kind of science to their live shows-teasing and fattening their audience with smooth guitar licks and a sultry saxophone. Check out the videos below. They like to engage their crowds in sing-a-longs and short anecdotes setting a playful vibe that leaves everything in the open. 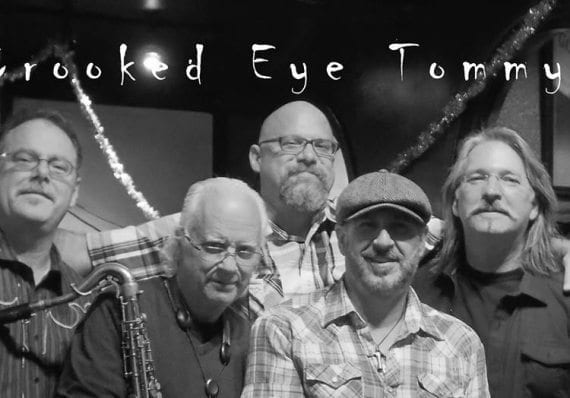 Their debut, Butterflies & Snakes (2015), dropped in early August and is ripe for the picking. Slick, luscious, and dripping with talent, the 11-track album easily captures the essence of modern day blues, taking bits and pieces from a combination of musical idols. They even admit borrowing certain aspects from their heroes in the song, “I Stole the Blues,” citing T. Bone Walker, Albert King, Johnny Winter, and even Jerry Garcia as the victims. I can tell you, however, that the music is anything but plagiarism.

With the holidays fast approaching, there is still one chance to catch them live before you get swept up in the raucousness of family tradition and weighed down with eggnog. They will be displaying their talent in Ventura, CA on December 23, at Bombay Bar and Grill.