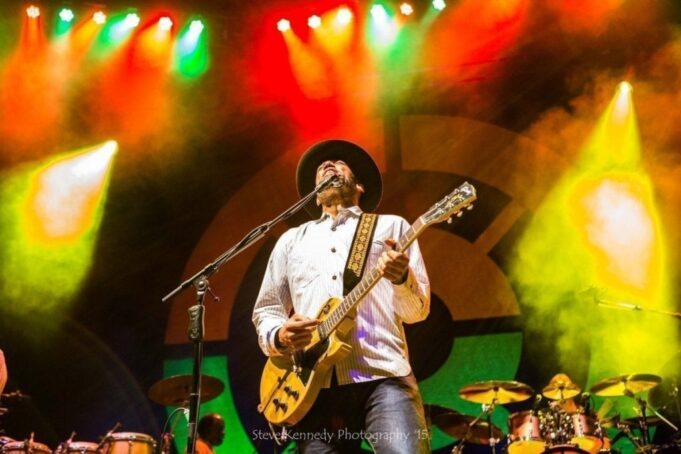 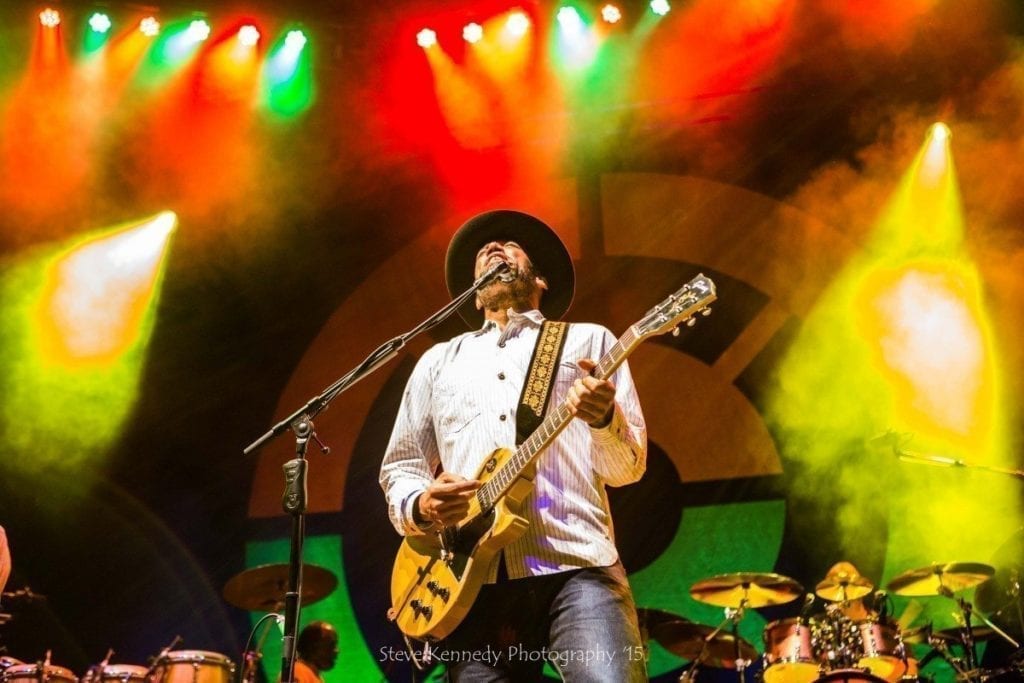 With his own two hands Ben Harper crafts a triumphant return to the Santa Barbara Bowl.  After an 8 year hiatus Ben rallied the Innocent Criminals back together for the 2015 reunion tour.  Santa Barbara was the second to last stop and quote “my favorite place to play”.  The show opened up with “Jah Work” and the crowd erupted with anticipation of an excellent evening ahead. 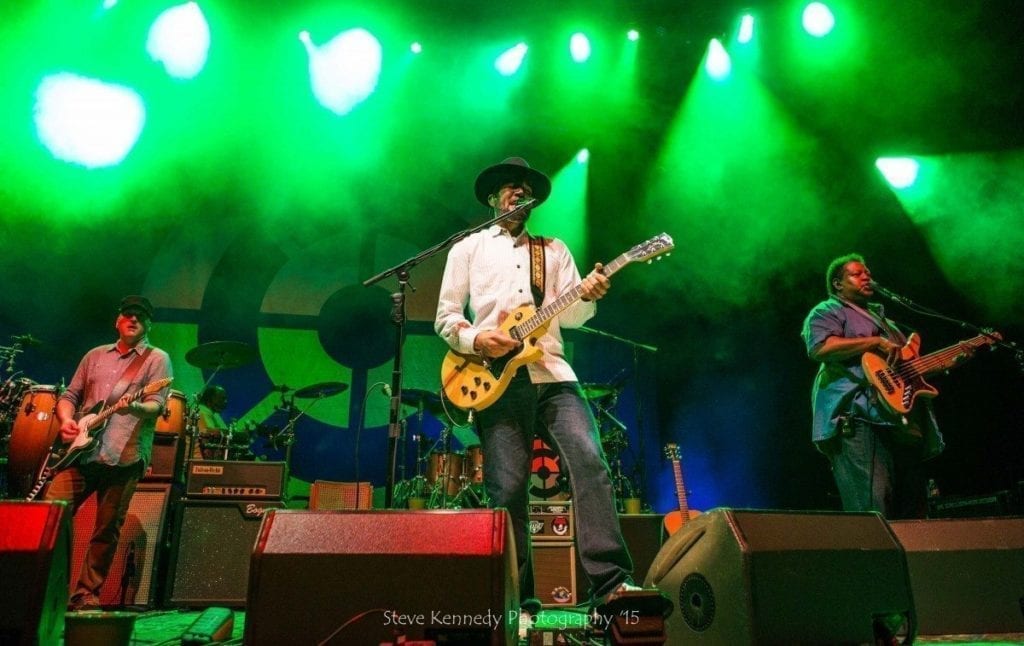 Ben Harper grew up in Claremont, California in a music store owned by his grandparents, Charles and Dot, who passed down a love of music and the art of stringed instruments and the variable ranges they cover.  “Musical stringed instruments is how I’ve been raised”.  Ben’s late father was not around much growing up, so he was raised by his mother Ellen.  The child of an inter-racial couple the two of them formed a special bond and often faced the whispers and silent innuendo that comes with those circumstances.  His mother also worked at the music store.  The store often served as his babysitter, a place where Ben nurtured his talents and was inspired to bring his music to life.

As an artist Ben Harper tries not to be labeled or defined into a musical slot or certain audience.  He tries to give each song new life by expressing thought and soul in different musical styles.  Constant world touring and building a massive worldwide following Ben Harper writes songs, sings and plays music.  He’s not just a protest singer exposing hypocrisy.

The show in Santa Barbara featured some of Ben’s classics like “Two Hands”, “Cruel World”, “Diamonds on the Inside” and “Excuse Me Mister”.  His sincerity was truly felt as he reached down inside to sing songs like “Cruel World”, “Homeless Child” and “She Believes”. 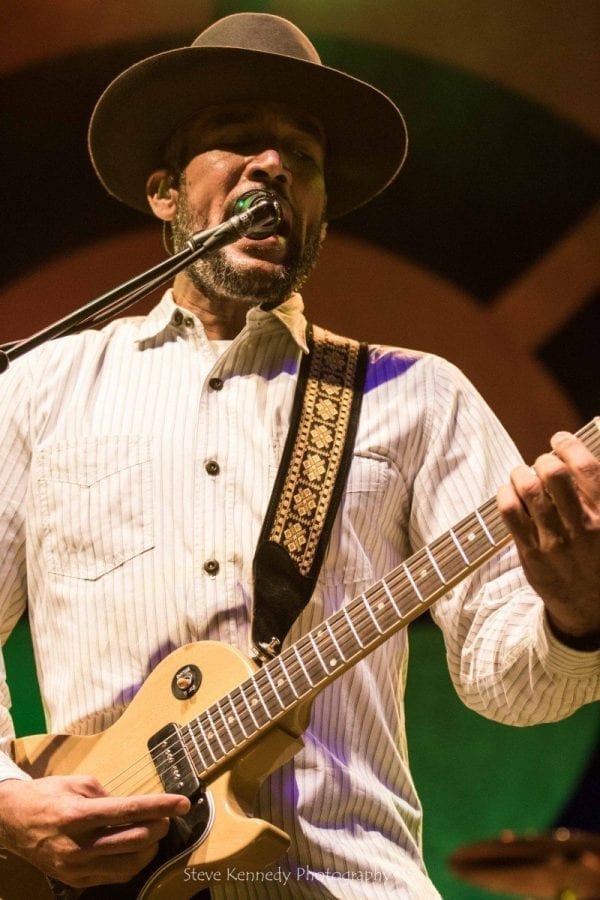 The band was in fine form, led by sidekick and soul thumping bassist Juan Nelson.  Keyboard player Jason Yates at one point during a song jumped on top of his organ, threw his hands in the air then jumped back down to the stage.  The percussion session was handled by the ever expressive Leon Mobley who inspired the full house during “Burn One Down”.  Michael Ward played a several guitar combination, including a Les Paul, a Telecaster and a Grech.  His tones were full and exciting with crushing blues inspired leads.  Even though it was a Saturday night, the church of Ben was open and he finished the show with crowd favorites “Amen Omen”, “Ground on Down” and “A Better Way”.  He also announced that the Innocent Criminals would be headed to the studio to record and mix an album that would be due to be released in April.  As the fans reflect on the night Ben Harper burned down the bowl they have plenty to look forward to in the future.

Check out the full gallery of photos by Steve Kennedy Photography at the Live Music News and Review.com facebook page.