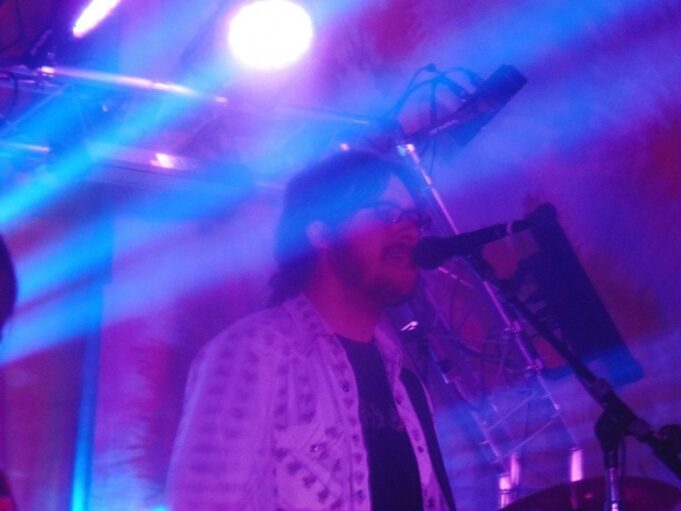 Night number two seemed like an extension of night number one, almost like sets three and four of a weekend where the set break was 20 hours between the middle sets.  Cubensis opened with a stellar set which included a Hell in a Bucket Opener, Cumberland Blues plus Breadbox, Shakedown Street, Scarlet-> Fire on the Mountain.  They closed the first set with an extremely energetic Good Lovin, which saw the band take the energy all the way up to the top to finish their two night stand.  This is clearly a fan base that embraces them whole heartedly and it was great for my first Cubensis experience to be so great.

Check out the review of Long Beach first night.

Golden Gate Wingmen came into their set raring to go.  It was clear that the band had unfinished business from the night before.  They opened with another Van Morrison tune, their third of the tour with Cleaning Windows.  Next up What’s Become of Mary? a John Kadlecik original that had it’s origins in the band the Mix that Kadlecik once had with Melvin Seals and Greg Anton.  I’ve always dug that song.

The Grateful Dead classics followed starting with Bertha.  Reed Mathis stepped up to sing Half Step and the great call and response vocals that are the staple of this song in the modern era was in full effect.  Kadlecik original Good Friday Experiment was up next and was experimental and exploratory.

The set closed with Feels Like Dynamite, the King Floyd song popularized first by the band Legion of Mary so far as this crowd is concerned.  It was later kept alive and popular by Merl Saunders band and it was great to see the Wingmen pulling it out.

Set two opened with It Takes a Lot to Laugh, it Takes a Train to Cry, which I had seen on set lists from earlier this tour and I was stoked to see it.  Liquid Silver, another Kadlecik original started off and took a few minutes to gain it’s full traction, but the band let it ripple and soar, further than it had ever gone before seemingly.  This version stretched a good twenty minutes before tumbling into its typical pairing, River Run.  Somehow I missed what came next, another Dylan cover with the classic Just Like a Woman, I have no idea where I was but I missed it!!

One of the best covers that this band does, and Kadlecik has been doing it for a few years in his various projects, is the Police tune Walking in Your Footsteps and tonight was no exception.  They take the song places you would never have dreamed possible before, and they’ve made it into a vehicle to showcase the talents and wild ideas that this band can create. Garcia classic Believe It or Not had some in the crowd nearly weeping.  And the fourth set of the weekend closed out with the New Orleans classic and The Meters standard, Hey Pocky Way.  The band was clearly gelling and you could see the grins plastered to their faces.  In various ways each band member has expressed musically and outwardly their extreme pleasure in playing in this band.  It’s just so amazing to see a band who can respect and pay reverence to this songbook and also create new classics and modern interpretations of different songs.

Golden Gate Wingmen is poised to expand what we all think as possible. Walking in Your Footsteps

Believe It or Not

Check out the review of Long Beach first night.