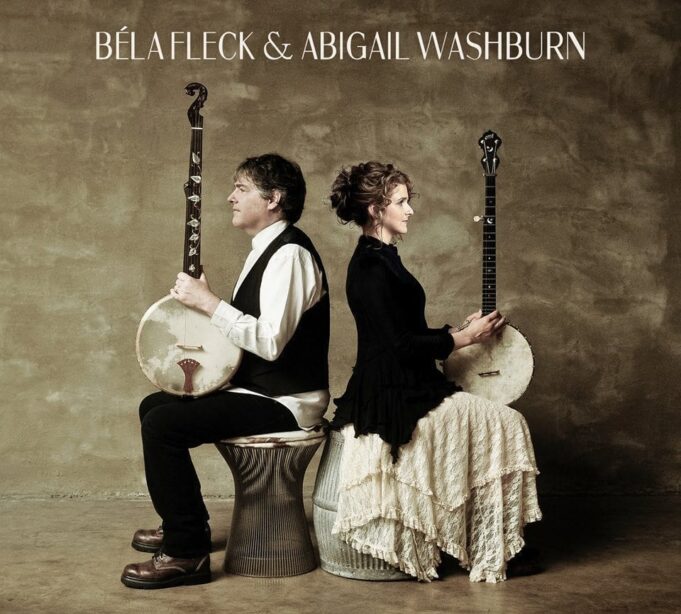 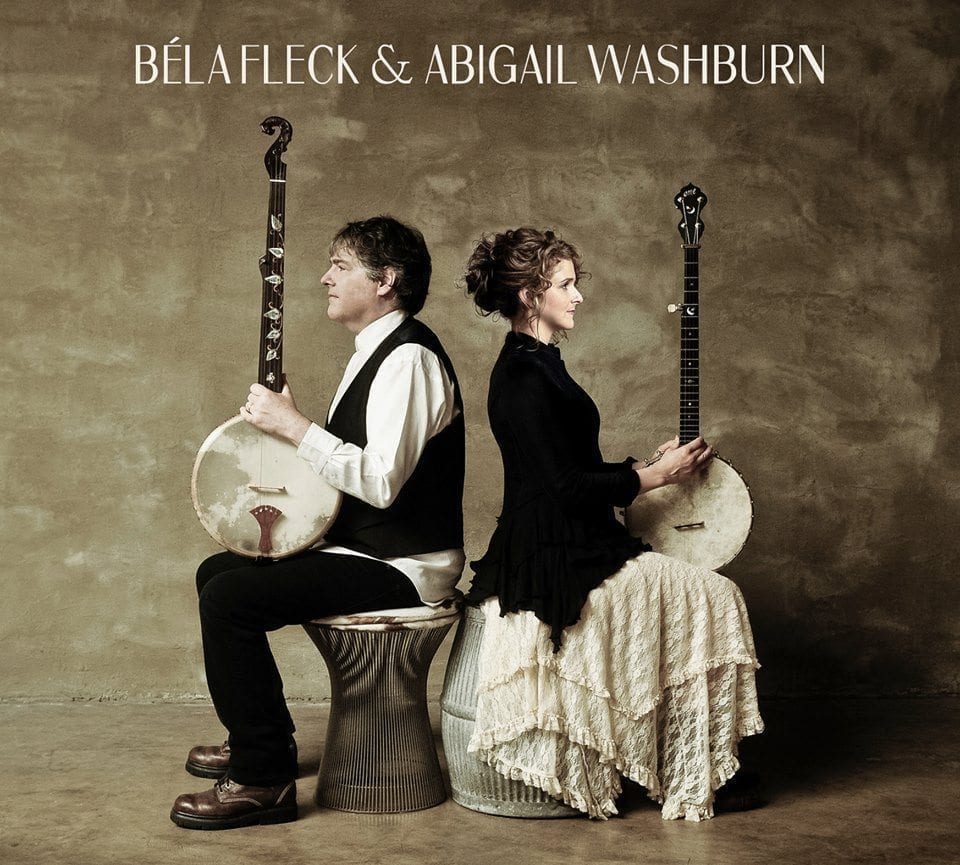 Profiled on NPR All Things Considered

Béla Fleck and Abigail Washburn, “the unofficial First Family of the Banjo” (NPR), will release their eponymous debut album October 7th on Rounder Records.  Béla Fleck & Abigail Washburn is a front porch banjo and vocal album of new music, Appalachian murder ballads, gospel, chamber and blues; the culmination of a yearlong tour as a duo in 2013, following the birth of their son, Juno.

Both widely credited for revitalizing and revolutionizing the banjo, Fleck and Washburn decided they were ready to collaborate.  “We didn’t want any other instruments on there, because we’re into this idea that we’re banjo players, and that should be enough,” says Béla.  “Sometimes when you add other instruments, you take away from the ability of the banjo to show all its colors, which are actually quite beautiful.”

The opening song “Railroad,” Abigail’s favorite as a little girl, was something her mother would sing to her.  “Béla heard me singing this trippy version to Juno and said ‘you’re on to something there,'” says Washburn.  The duo learned “Pretty Polly” from the recordings of another husband and wife team in music, EC and Orna Ball.  The Victorian murder ballad is answer by 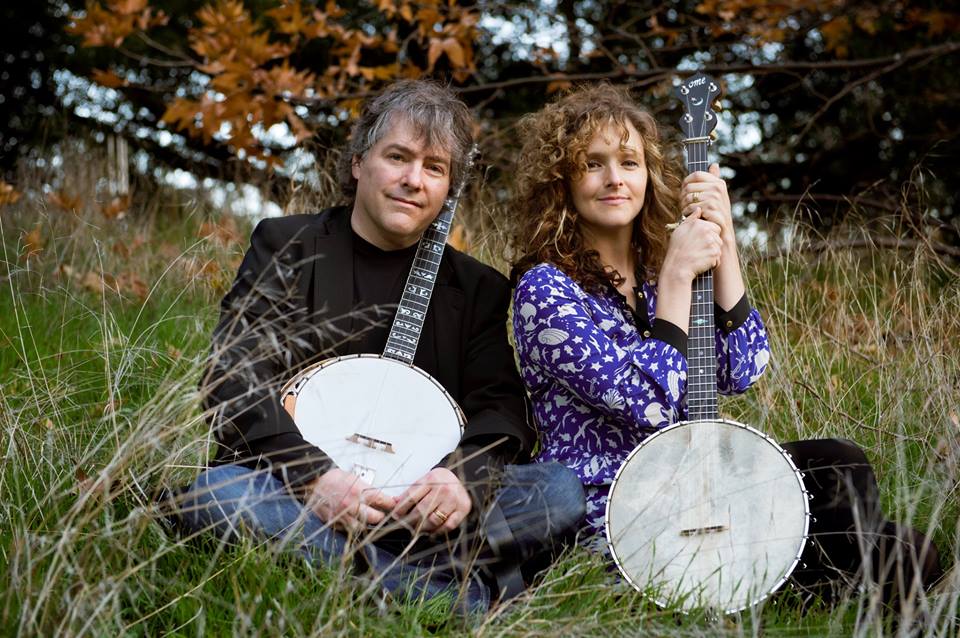 Washburn’s heavy, driving “Shotgun Blues,” played on the cello banjo. She adds, “In almost all murder ballads in Appalachian music, it’s the woman that dies at the hands of some nasty misguided male.  I take the reins in this song and seek retribution for all the ladies.”

In 2012, after attending Doc Watson’s funeral, Abigail began performing “And Am I Born to Die,” a sacred harp piece recorded by Watson.  “Doc is one of the main reasons I play the banjo and sing American old-time music,” says Washburn.

A fifteen-time Grammy winner, Béla has devoted time away from his genre-busting ensemble Béla Fleck and the Flecktones to a staggeringly broad array of musical experiments, from writing a concerto for the Nashville Symphony to exploring the banjo’s African roots to jazz duos with Chick Corea, while Washburn has drawn critical acclaim for her solo albums, done fascinating work in folk musical diplomacy in China, presented an original theatrical production, contributed to singular side groups Uncle Earl and The Wu-Force and become quite a live draw in her own right.

“I’m a big fan of Abby’s playing,” adds Fleck. “I do a lot of heady music.  When I play with Abby, there’s an opportunity for me to make music that hits you in a different place emotionally. That’s one of her gifts, is a pure connection to the listener, taking simpler ideas and imbuing them with a lot of personality and a point of view.”

“I come from the old-time world,” says Abigail, “which is more about communally trancing-out on old fiddle and banjo tunes. It has very little to do with soloing or anything technical or 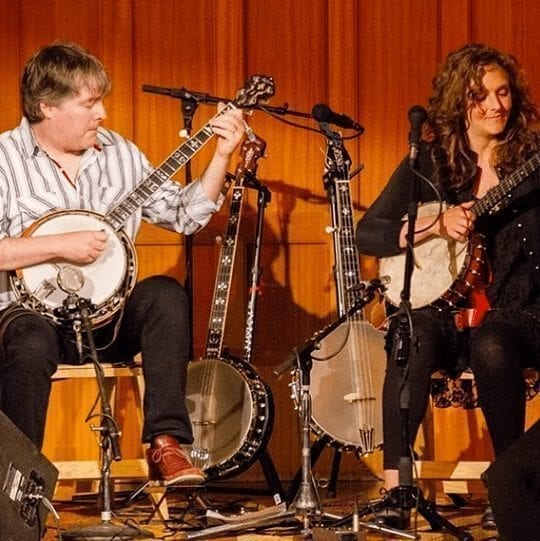 virtuosic. So for me to try to learn Béla’s music has been a big challenge, but a wonderful one. Although I’m a very different type of player, I feel very lucky that he’s a musical mentor to me. It’s a beautiful part of our connection.”

These “husband and wife banjo adventurers” (NPR Music) have expanded their US tour, including November 8th at the CMA Theater in Nashville and December 6th at the Regent Theatre in Los Angeles.  On October 29th the duo will perform at Symphony Space in New York City.

Their eponymous debut is streaming now at NPR Music through its release date today (October 7th / Rounder Records).   Béla and Abigail tell their story here on All Things Considered, where they also share a rejected album title that “really revolted a lot of people,” adds Fleck.

Check out video of Béla and Abigail live at New Hampshire Public Radio:

For more information on the duo, visit their websites: