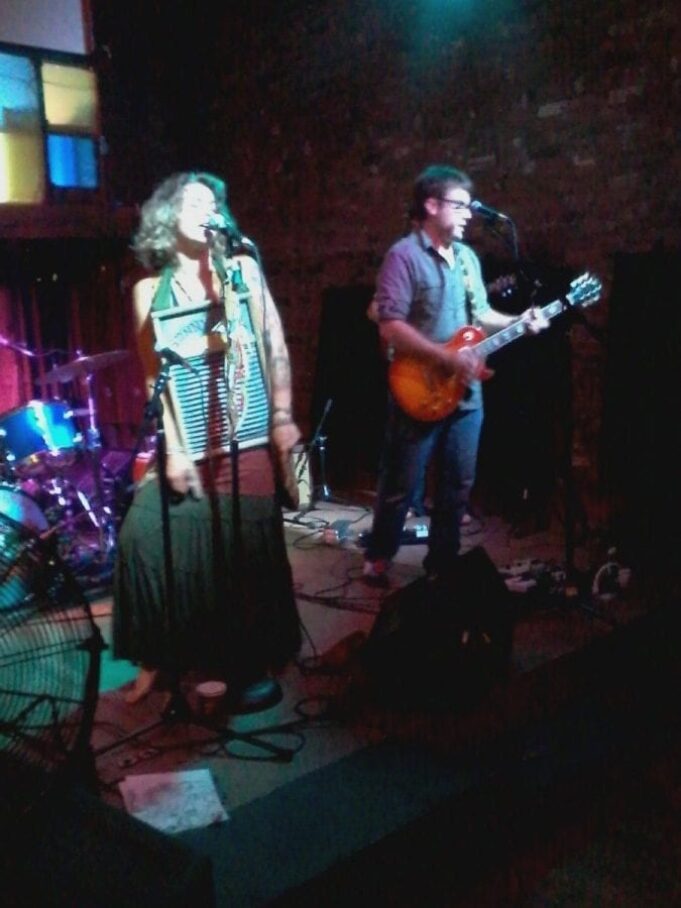 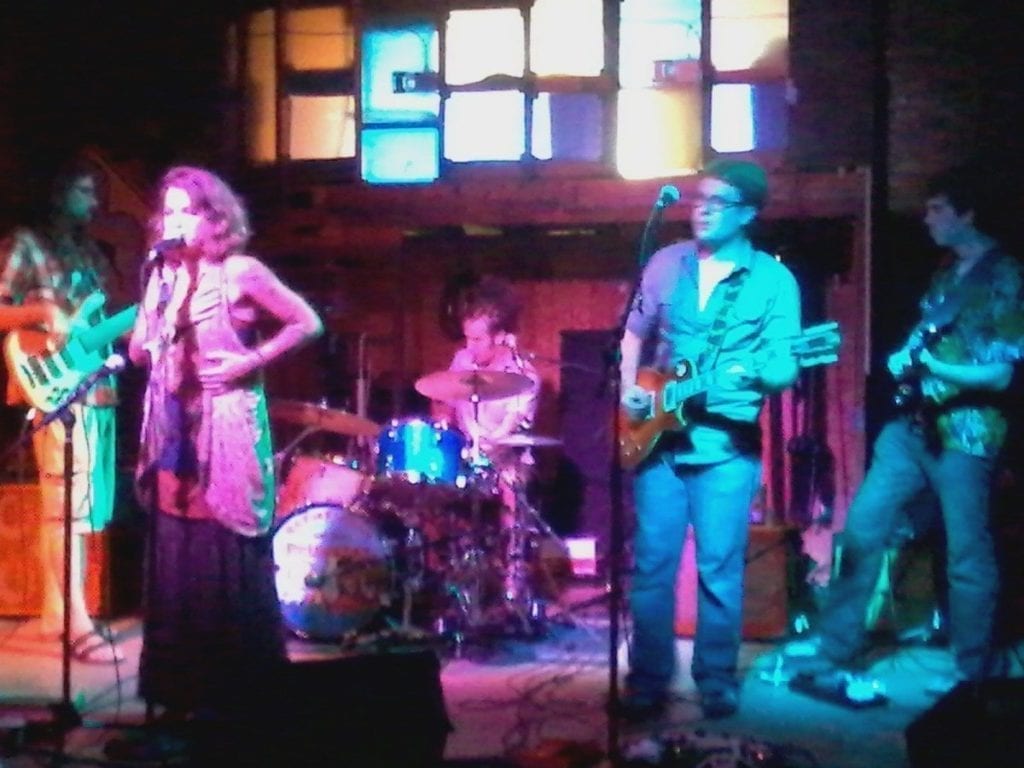 Hayley Jane and the Primates –

Hayley Jane and the Primates have a guest tonight, Riley Stockwell on guitar.  With no rehearsal time at all, Riley is doing a great job of fitting himself in and matching his skills to the music.  He’s especially useful right now, as Hayley is having a “rough” time of it with her voice tonight (pardon the pun).

I am especially struck by the band’s performancet, doing the job right and playing your best.  I have heard drummer Jesse Hayes say this before, that they always want to give a worthy effort; it’s their proper role.  So they’re stretching the songs out more than they usually do, so as to lighten the load on Hayley’s vocal chords.  The crowd started out pretty thin, too; that made it tough to still perform at your best.

The other thing about Hayley Jane besides her excellent singing is her stage presence which must be seen to be believed; she’s a real performer reminiscent of the ol’ days of theatre and vaudeville.  She is able to perform in this way as well as ever tonight, dancing and jostling around the stage.  No one who has come in has left- they can’t, they’re too enthralled!  New converts were soon heard to proclaim “Holy Crap!” 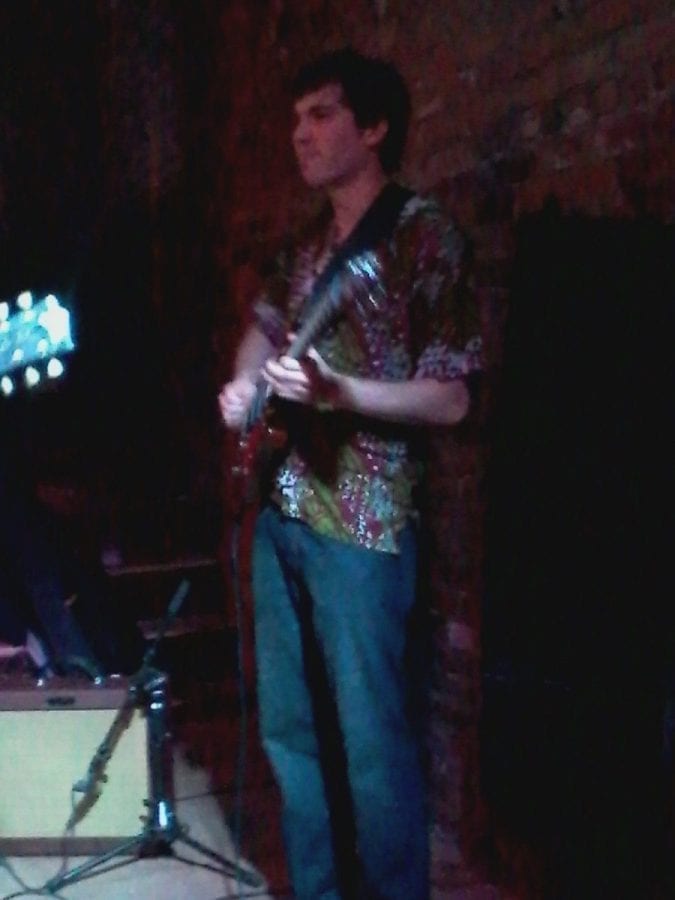 This would have been an interesting night to have caught this band for a first time, as the instrumental sections were stretched out some, and the second guitarist allowed for a little more space, for guitarist Justin Hancock and Josh T. Carter on the bass. Jesse Hayes’ drumming is always an adventure- really, I’ve never seen another like him!  I asked whether he really is the only one like him on the planet, or does he belong to a certain ‘school?’  He claims to subscribe to a couple of ascendancies which he mixes in his own way.  Some sort of early Brazilian percussive technique is apparent in his style, and the outcome is that he is almost like the world’s first ‘lead drummer.’  His contribution is on the order of most bands’ lead guitarist; his part is that distinctive and so much a part of the Primates’ sound.

This is not to say that Justin gets to take it easy; the Doors-inspired riffs and Jerry-jam licks we get from him make it clear that he can wail with the best of them.  In fact, any time I think he’s really just too nice a guy or too reserved by nature to really play the part of guitar hero, that’s when he lets fly with some electric juice.  He really can be quite stunning.  Tonight’s special treat, perhaps never to be duplicated, was that we got to see some Allman-esque dual leads from Justin and guest Riley.  The first time this happened was especially entertaining, as Riley kind-of snuck up on him.  With the guest positioned behind the regular guitarist, they didn’t happen to be watching each other at the moment.  Riley playfully and tentatively started to echo or maybe ‘paraphrase’ Justin’s line, and I thought I could actually see a look of surprise, and then pleasure, come to Justin’s face as they both took on the groove together.  As many times as I’ve seen this band, this was a real treat. 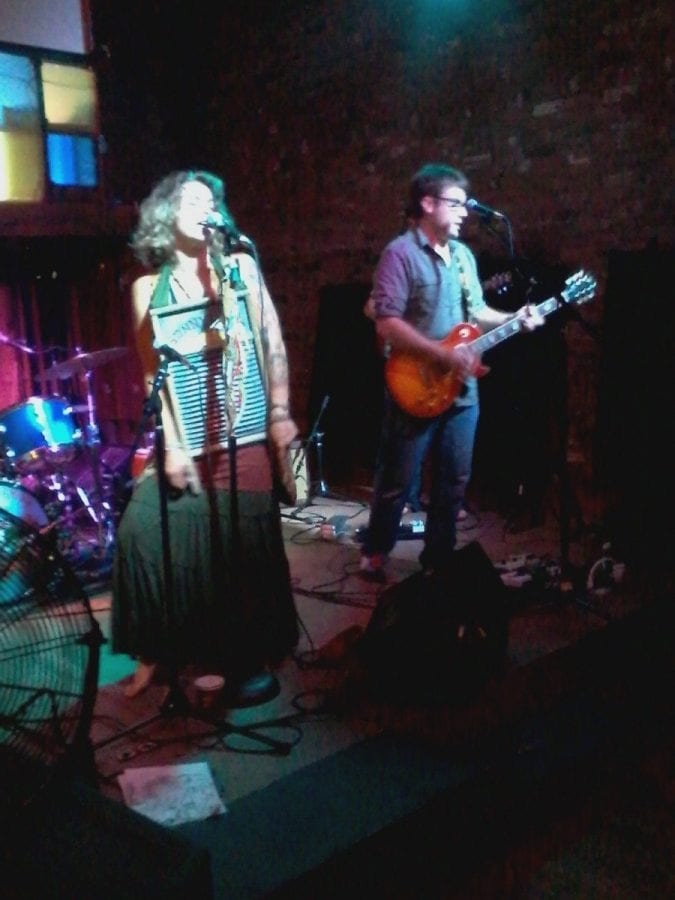 Josh got to throw in a few more riffs and solos on bass than is usual; these are all such mellow nice guys so it nice to see them cut loose.  Josh is the newest Primate in the clan, so his character has been coming out gradually, he’s got the chops.  He plays “Folkadelic Jamericana” with Haley Jane and the Primates, straight-out old-school funk with Rapplesauce, and folksy-electrified power-pop with Dillon ‘n’ Ashe, other bands with which he has performed.  These guys all put their Berkely degrees to good use.

What might have been the most impressive thing of all tonight; Haley Jane is always stunning.  A great performer with a great voice, she has been described as Janis Joplin meets Jim Morrison by way of Mae West with a bit of Joe Cocker.  Her vocal styling and her physical delivery are all original, but they harken back to the old masters of the craft.  Her roots in theatre are apparent in her singing and her moves, and she was put to the test- vocally.  With a “rough voice” as she called it, she had to be careful not to push too hard.  What a challenge, to have to exercise restraint with the very unrestrained skill that serves as one’s exuberant signature!  Many might have cancelled the show, or maybe kept the vocals to a bare minimum and let the band take it many more times than usual, but Ms. HJ sang her songs with only slight extensions to the instrumental sections.  She sang as strong and pure as ever.  The show must go on, eh?  And so it did, to the delight of all.

Hayley Jane and The Primates at Sommerville RiverFest